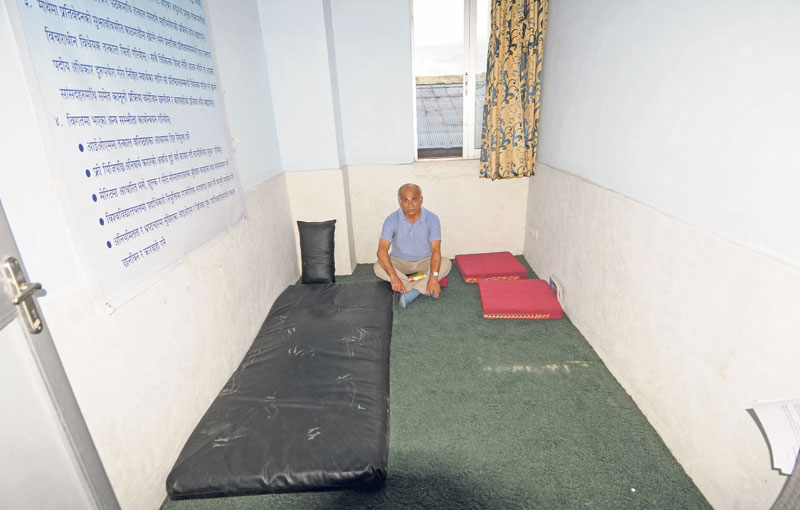 KATHMANDU, July 11:  The National Resident Doctors Association (NRDA) has expressed solidarity with Dr Govinda KC, a senior orthopedic surgeon at the Institute of Medicine (IoM), for his eight hunger strike.

Issuing a press statement on Sunday evening, the NRDA expressed solidarity with Dr KC for his eight fast-unto-death, saying that his hunger strike is to do away with anomalies and discrepancies seen in the medical education and health sectors.

“The government has dillydallied in the execution of the past agreements signed with Dr Govinda KC including the formulation of medical education act.  We would like to express our solidarity for the eight fast-unto-death staged by Dr KC and urge the authority concerned to address his demands immediately,” reads the statement.

Dr KC, who has already staged fasts-unto-death seven times in the past, has put forth a four-point demand,  including impeachment against Chief Commissioner at the Commission for the Investigation of Abuse of Authority (CIAA) Lokman Singh Karki and Commissioner Raj Narayan Pathak.

Earlier, Dr KC had given a 10-day ultimatum to the government to start the impeachment process against Chief Commissioner Karki, who allegedly intervened in Kathmandu University's MBBS entrance exams to fulfill some hidden interests. The ultimatum expired Sunday evening.