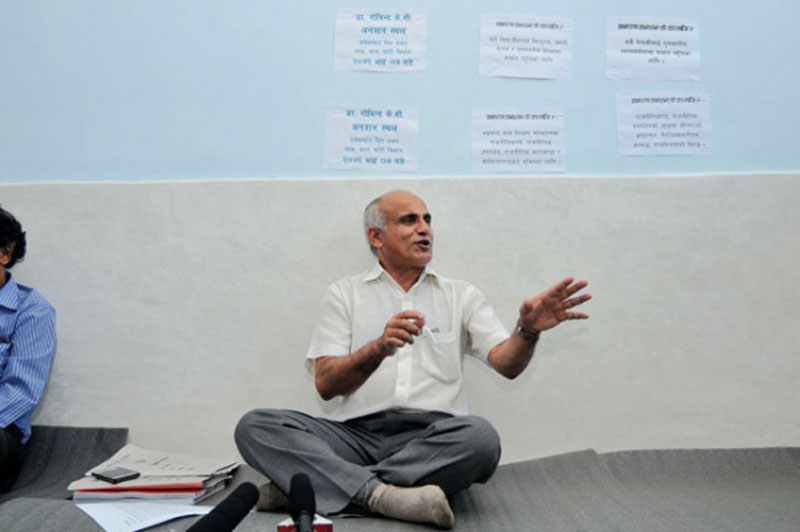 KATHMANDU, July 10: Dr Govinda KC, an orthopedic surgeon at the Institute of Medicine (IoM), has snubbed an invitation for talks by Prime Minister KP Sharma Oli, maintaining that he will start his fast-unto-death from 3 pm as announced earlier.

PM Oli had invited Dr KC for talks at 2 pm today, according to Minister for Education, Giriraj Mani Pokharel.

According to a source, Dr KC has sent his representative to hold talks with the PM.

“The government only wants publicity by inviting me for talks in the eleventh hour. The government is not serious about talks,” a source quoted Dr KC as saying.

Dr KC has announced to go for the fast-unto-death from 3 pm today, demanding among others, the impeachment of the Chief Commissioner of the Commission for the Investigation of Abuse of Authority (CIAA), Lokman Singh Karki.

He has claimed that the CIAA chief Karki has been running parallel government while the political parties have been mere spectators to it.

He has also demanded to implement the agreements with the erstwhile government, recall the bill tabled at the parliament that turns Manmohan Medical College into an academy and establish at least one medical college in each of the seven provinces.

KATHMANDU, Oct 13: Following the formation of a talks team by the government to discuss the demands of Dr Govinda KC,... Read More...