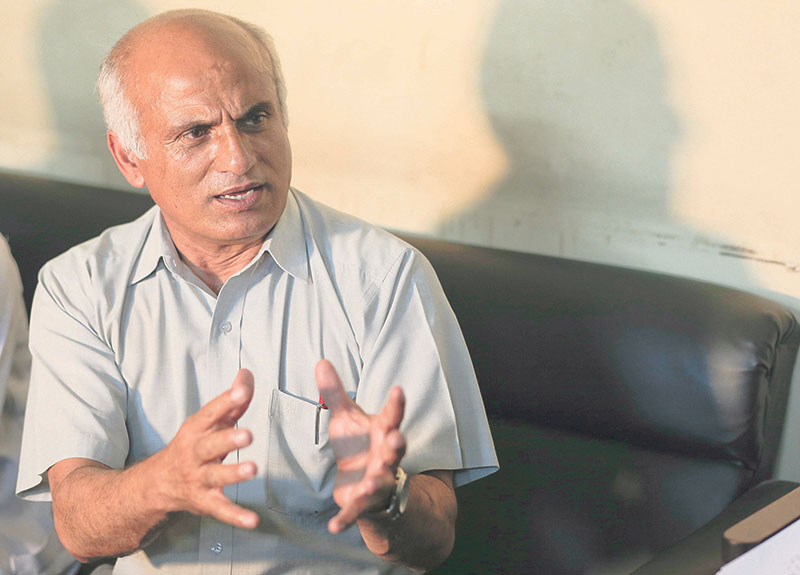 KATHMANDU, June 26:
Case No 1:
The government had agreed to fix the ceiling of fee for MBBS studies in Kathmandu Valley up to Rs 3.5 million following an agreement with Dr Govinda KC, who staged fast-unto-death several times demanding reforms in medical sectors.

Both colleges turned a deaf ear to the government decision as investors of both the colleges are believed to be close relatives of chief of the Commission for the Investigation of Abuse of Authority (CIAA), Lokman Singh Karki.

They, instead, gave receipt of Rs 3.5 million to the students and charged additional Rs one million by threatening them. None of the medical colleges implemented the fee ceiling fixed by the government. Moreover, CIAA's Chief Commissioner Karki played vital role to provide affiliation to Birat Medical College.

Case No 2:
The CIAA recently intervened in Kathmandu University's MBBS entrance exam alleging of leakage of question papers. The CIAA claimed that it acted upon a complaint. KU's official instead alleged that the CIAA intervened in entrance to leak the question paper so that close relatives of CIAA officials could secure MBBS seats. They said that the anonymous complain was file by CIAA official themselves. They alleged that the CIAA officials had asked officials at Nepal Medical Council (NMC), who were charged of being involved in corruption, to conduct entrance exam.

Case No 3:
The CIAA recently intervened in MBBS entrance exam of Institute of Medicine (IoM), pressurized IoM officials including the dean to secure MBBS seat at IoM to the son of a CIAA office bearer. The anti-graft body had blackmailed naive officials at IoM and used every means to fulfill its vested interest.

"In the past the anti-graft body and its chief indirectly intervened in affairs of medical studies and now it has started openly intervening in any sector. They go to any extent to fulfill their interests," alleged Dr Govinda KC, an orthopedic surgeon at the Tribhuvan University Teaching Hospital.

Dr, KC, a senior professor at the Institute of Medicine, on Sunday announced to stage fresh fast-unto death demanding impeachment against Chief Commissioner of the CIAA. He claimed that the CIAA chief Karki has been running parallel government while the political parties have been mere spectators to it.

"They have to impeach Chief Commissioner Karki to protect democracy, rule of law," he said, adding, "Impunity cannot be tolerated, which CIAA chief Karki has been promoting."
Dr KC has warned to launch hunger strike from July 10 if his demands are not addressed.
He has also demanded to implement the agreements with the erstwhile government, recall the bill tabled at the parliament that turns Manmohan Medical College into an academy and establish at least one medical college in each of the seven provinces.

The statement also challenged Dr KC to prove all the allegations he has leveled against CIAA’s chief commissioner and other commissioners. The CIAA accused Dr KC of taking the medical education in Nepal hostage in the name of demanding reforms in this field.