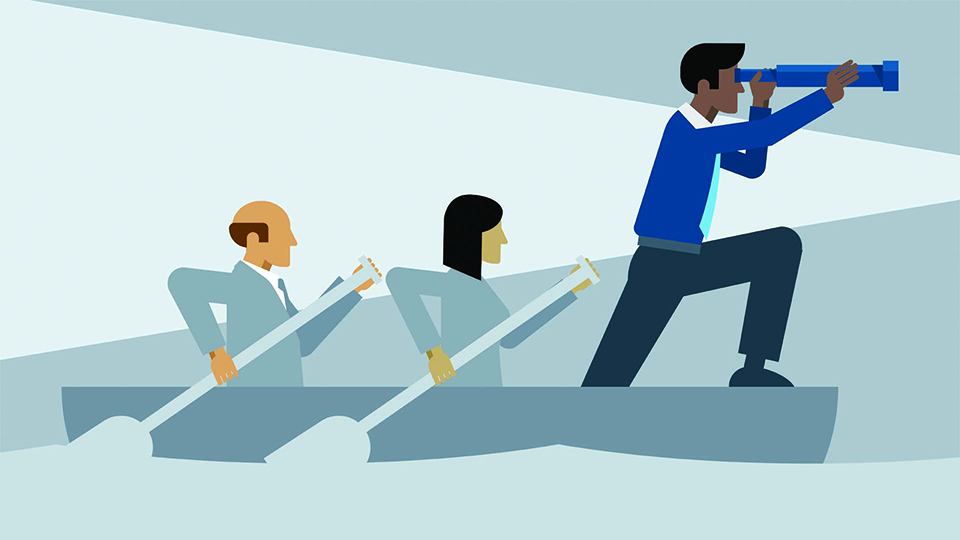 Right leadership ensures inclusivity in actions, inspires colleagues to think out of the box and cooperates during times of crisis

In “The Oak and the Reed”, one of Aesop’s fables,’ La Fontaine symbolically depicts a poem of flexibility. When the winds of a hurricane blast in, the oak stood strong and endured the blow until at last the savage blast broke the tree. Meanwhile, the reed bowed gracefully and low, surviving the deadly storm. Should one be the strong oak which is sturdy but unyielding, or the reed that may look flimsy but has strong roots and is unbreakable?

When we talk about flexibility in thought and behavior, what do we mean? Why is it an essential skill in leadership? Does it mean being weak and malleable? Or is it a survival technique like the chameleons’? Flexibility is a leadership skill to adjust and adapt as a necessary tool to achieve the end goal.

In a political science class, I learned that power is the capacity to influence another’s actions. I also learned that there are two ways to influence the other: One is through hard skills and the other is soft skills. Through soft skills, one can communicate, convince and influence. They include interpersonal skills such as listening, empowering team, collaboration and teamwork. This component reflects more on the art of leadership. Hard skills are teachable skills such as expertise in a certain subject matter.

Soft skills are important in today’s context of Nepal where our population is so diverse. I believe a leader is someone in a position to convince and bring changes in the organization one is in. It does not have to be political in nature. Leadership uses soft skills to empower, unite and compel their team for maximum delivery.

Right leadership ensures inclusivity in actions, inspires colleagues to think out of the box and cooperates during times of crisis. In Nepal, however, art of Leadership has been more of an art of establishing one’s own personal agendas as seen in the trend of Nepal’s political history. Hence it is important for leadership to lead by example in order to win the confidence of people.

Leadership is bringing your team together to deliver on your mission. It is giving time to cultivate trust, so that the team can connect professionally (and personally) to the objectives of the organization. When a leader unites the core team and empowers each member, trust is built between the leader and members. It is necessary for a leader to give time to listen, with sincere efforts to resolve misunderstandings. This should be a continuous process to strengthen teamwork for the long run. A leader should emphasize on teamwork as it is essential for the leader’s own success as much as for the organization’s success. This humble act will demonstrate that the leader is not seeking personal fame and attention. This is equally true for organizations that are under public scrutiny or those functioning through voluntary efforts. It is important for the leader to not only make sure that they have high standards of work performance but also constantly motivate to boost the performance of the workforce who are under a lot of pressure to perform with little incentives. Such organizations consist of high risk jobs like front line security, political activists or social movements. The leader should not take credit individually, but give credit to those who are often times behind the scenes but directly involved in the work.

The story of the oak teaches us to not be unyielding but to have an open mind and be versatile, especially in times of crisis. We must be ready to not only keep learning but also unlearn and relearn to stay relevant as time necessitates. Social activist, Homraj Acharya, in his decade long study has concluded that Nepalis must be ready to retrofit our thought infrastructures that have been implanted rigidly through ancestral culture. This, he believes, is necessary to transform our current thinking and working style. The concept of ‘flexibility’ and ‘learning and unlearning’ also defines pragmatic leadership. Being pragmatic allows for one to take action in a trial and error methodology and to keep improving based on the reality one is in. This is especially important in Nepal’s diverse and dynamic demography which requires a more unique approach. A leader should not always base his experience from a different time while working for the future generation. Elizabeth Samet, a great thinker who wrote a book on the essence of leadership, states that one of the characteristics that great leaders have possessed is the fortitude to risk revision. This concept of risking change is a quality of bravery that should be instilled in our children at an early age.

Believing in the future does not mean being visionary only but believing in the future that is physically in front of you, your children, the next generation and the upcoming leadership. Whether we accept it or not, we cannot defy gravity and time. If we do not know how to accept this future, the coming generation, who are equipped for the digital world, will not be convinced no matter how great we appear or sound. A true visionary leader will make sure his/her actions convince, inspire and prepare second-generation leadership for the future.

A leader who believes in the future will not just keep leading individually but will make sure an environment for others to lead in is also created simultaneously. S/he will start practicing this culture with his/her own team before s/he gets into greater power. S/he will make sure the lineage to leadership building is built-in in the system for generations to come. This will cultivate trust and inspire passion in others to lead as well.

A moral belief-system unites a society for a cause, an idea to prevail for, and to work hard for. Moral values teach one to take responsibility for our better future, which is also our individual and collective right. The story of “The Oak and the Reed” is a moral story about pride and humility. A leader should not be obsessed about being politically correct as a person but his/her actions should also be ethically correct for the society. Similarly, this moral belief-system needs to be cultivated in a child’s early days. We should emphasize on our children’s learning to that of the reed analogy for their way of thinking and behaving. The roots on moral values need to be deeply ingrained while our thinking style should be trained to be flexible.

Hence, it is a leader’s humble attitude to empower future leadership, and to risk change in order to achieve desired results that will earn the trust and respect of co-workers as well as everyone concerned.

Transitional justice process has not come to a meaningful end because conflict victims were not placed at the center ... Read More...

Vote count postponed in Butwal : Who broke the ballot box seal and why?
29 minutes ago