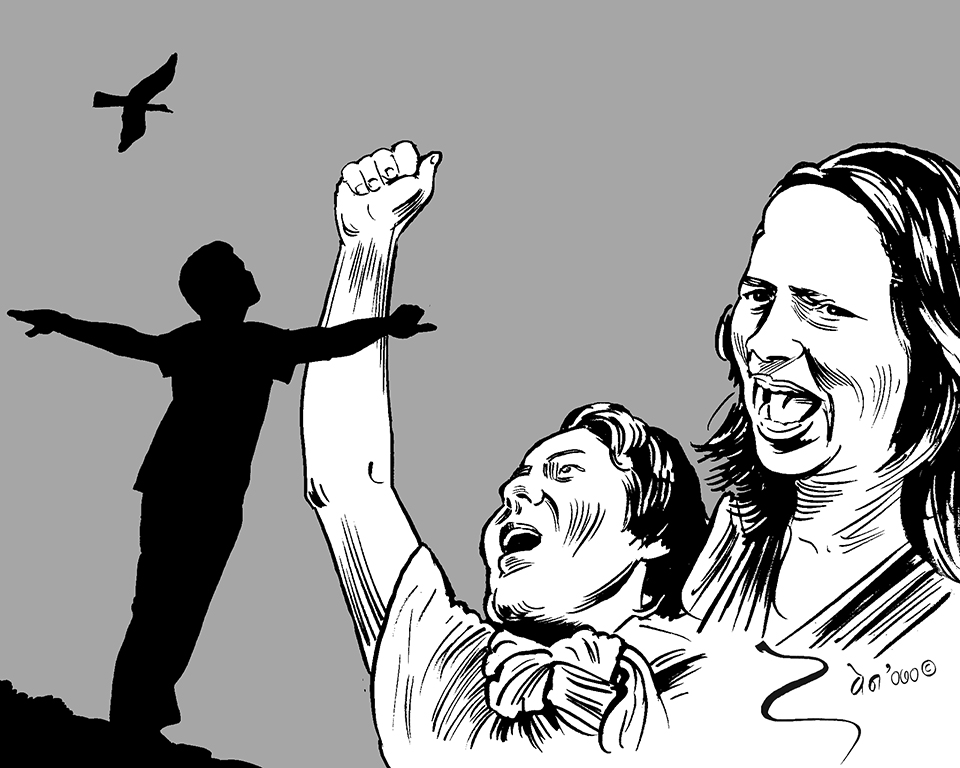 Progressive thinkers in civil society, who are making entry to clean up politics, have risen in numbers because status quo has not been able to provide a better governing system

If the theory of evolution is to be factored for dynamic growth, it entails a natural phenomenon wherein individuals with the ability to adapt to change not only survive and thrive but also breed the genes of success in their descendants. For a developing country like Nepal to be successful in meeting the needs of its current citizens, it too must adapt to change in order to have a prolific and viable future.

Nepal, despite being a country with huge potential for economic development, has not been able to witness this dynamic change in a systemic level. This dynamic change would enable and ensure betterment in lives of ordinary citizens. As widely discussed, analyzed and acknowledged by experts in many fields, we seem to lack a competent leader who is willing to accept and bring about the necessary change befitting a 21st-century society.

Today’s leadership needs to accept the challenge to work with the best in a competitive space so that they can create more dynamic leadership within and be more attuned to work for the immediate needs of our globalizing population (in which half of Nepali households have a member working in a more developed country).

In a developing country like ours, people tend to have a general attitude about our livelihood because our religion has long indoctrinated in us certain taboos about matters such as age, maturity, role of women and marriage. Nationwide, we have to overcome this societal conditioning because it is the same society that inherited caste-based discrimination from its earlier generation. As time has evolved, Nepalis at home and abroad know that they deserve better than accepting the cultural norms. People have realized that change does not happen by sticking to the old ideas that one is comfortable with. For change to happen, we need to take a bold leap, sometimes a quantum leap. As seen in the world’s history, change came when a group of strong-willed individuals stood against unfair systems and tyranny. Lee Kuan Yew taught us that to be a bold leader you have to take risks and learn to adapt to change. Yew was a strategic pragmatist who was guided by his passion to do good to his people.

As evident for some time, we must admit that the young Nepalis and professionals are proactively acknowledging Nepal’s deep disorder. This is a good sign for the country. We have to believe that they are going to bring a new-age democracy that Nepal needs. I remember the time when many people felt change was imminent in the country. It was in the aftermath of the devastating earthquake we witnessed two and a half years ago. It was a day of horror and tragedy for our nation but there was an unexpected revelation that came out of it too.

During the panic and helplessness, civil society in and outside the country got together to help one another with an inherent sense of duty. Unexpectedly, youth were seen in outstanding majority helping out for weeks in the aftermath of the earthquake. We not only surprised ourselves in the country, but also impressed the world outside. The disenchanted youth and hopeless civil society have shown that they can be a catalyst for positive change. Many times, we forget the individuals who are already bringing waves of surprising change in health and research facilities and other technological fields in the capital. Centre of Molecular Dynamics Nepal (CMDN) and Samyak Pathology lab are renowned for their excellent service and quality products. They were started by youth, who after living abroad, returned home to build their own country.

The social and economic theory of survival for those who can adapt to change is paving way. The social and economic spheres of adaptive evolution are directly related to the political sphere of life too. Emerging phenomena such as Alternativet, a green political party in Denmark established in November 2013, is advocating for a new participatory political culture and was able to win a few seats in the parliament in less than two years of their inception. Furthermore, since 2015, Beirut Madinati, a Lebanese civil society movement, has successfully risen up, challenging traditional political parties to handle prevalent urban issues.

Such unconventional political phenomena are starting to gain acceptance by laymen worldwide. The time for change is being sung not only by the new generation but also by the aging population who have already lived out half of their lives. Hence, progressive thinkers in the civil society, who are making entry to clean up the politics, have risen in numbers because the status quo has not been able to provide a better governing system.

After 21 years old Ranju Darshana, representing former Bibeksheel Nepali Party, and Kishore Thapa, former Sajha Party, came in third and fourth respectively as Kathmandu’s mayoral candidates in the May 2017 local elections, a new wave of boldness surfaced in both the younger generation and intellectuals. More educated and exposed young individuals are breaking the status quo and coming into the political battleground. These changing times have also been welcomed by the older generations and uneducated populations in rural parts of the country.

When Ranju Darshana went on a personal trek to Solukhumbu, it was surprising how many people recognized her despite her mayoral candidacy being centralized in the capital city.  The locals were excited to meet her and to take photos with her. This was possible as she had touched their hearts with her bold character as an individual and not because of her connection to the former Bibeksheel Nepali. The acceptance of out-of-the-norm alternatives like Darshana and Thapa by the hopeless, cynical mass in Nepal is a strong indication that the country is ready for a change.

A sign of an advancing country is when more of its population starts to choose things that are ‘different’ and unique, rather than following the mass. This phenomenon has started sowing fresh seeds of possibilities in a country where hopelessness has overpowered us countless times. With the entry of unlikely competition in the political scene, the road to a progressive and dynamic change has been paved for our country.

Harvard University, in its ‘Problem-Driven Iterative Adaptation’ program for developing countries, has emphasized the importance of not just identifying the problem but also moving forward by ‘adaptation,’ which is to improve and expand collectively in a systemic level. The political leaders who remain unreceptive to this evolving state and refuse to adapt will soon be marginalized. The unification of the two alternative political forces, Bibeksheel Nepali party and Sajha party, have been strengthened by their common beliefs of using an efficient system of governance rather than empty rhetoric to deliver output and using moral values to foster unity in the diverse ethnic population.

Nepal’s recent provincial and federal elections have proved that Nepalis are testing the waters with a new progressive force like Bibeksheel Sajha Party. Nationally recognized as the sixth major party, this is a telltale sign that Nepal is tipping into the evolutionary change that the country needs.

Overcome the inner demon in you

I am a 23-year-old girl living in the US. I have always struggled in my relationships. For a long time... Read More...

Gachchhadar sees no force to overcome NC in upcoming elections

Nepal thrash Malaysia by 69 runs, will take on the Netherlands in final
19 hours ago