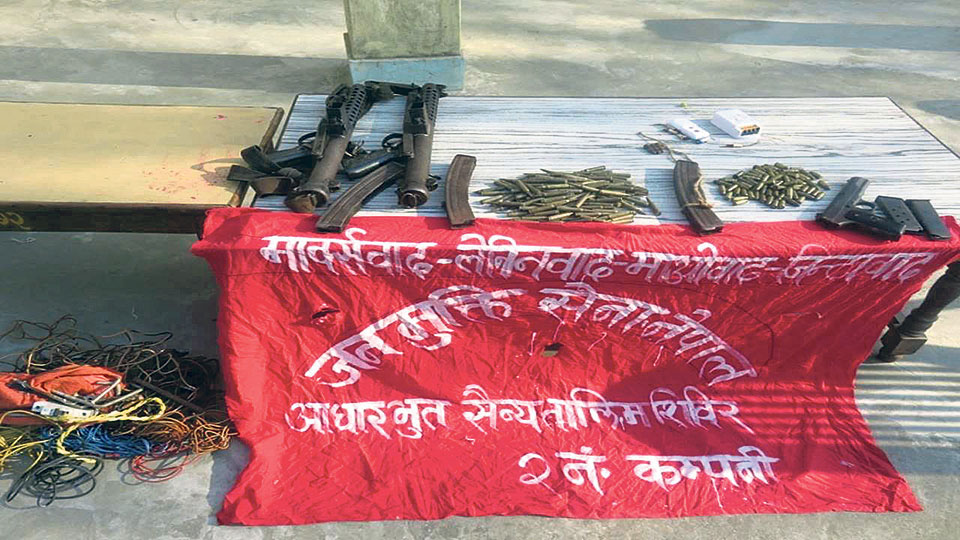 KATHMANDU, March 13: The government on Tuesday outlawed the ‘political activities’ of the semi-underground Communist Party of Nepal led by Netra Bikram Chand, signaling a crackdown on ongoing extortions and bombings by the group in various parts of the country.

A cabinet meeting has taken a decision to this effect and it comes amid increasing reports of extortions and a series of bomb blast carried out by the splinter Maoist outfit in recent weeks.

A government minister said the decision was taken after the Chand-led party became involved in criminal activities instead of behaving like a political party. “Their activities do not seem  political and are not good. So, the government has restricted the party,” said the minister adding, “The government will respond accordingly.”

The minister refused to elaborate, saying matters will be spelled out once the government decision matures. The decision means the party could be barred from carrying out political functions and rallies and criminal charges can be brought against its leaders. Chand’s supporters have been planting IEDs in various parts of the country including Kathmandu, targeting business firms and wealthy individuals.

In the rural areas, Chand’s supporters have been threatening to run a parallel government and are telling elected representatives to quit from their positions.

KHOTANG, July 13: Family members have not been able to bring the dead body of a police constable to his... Read More...