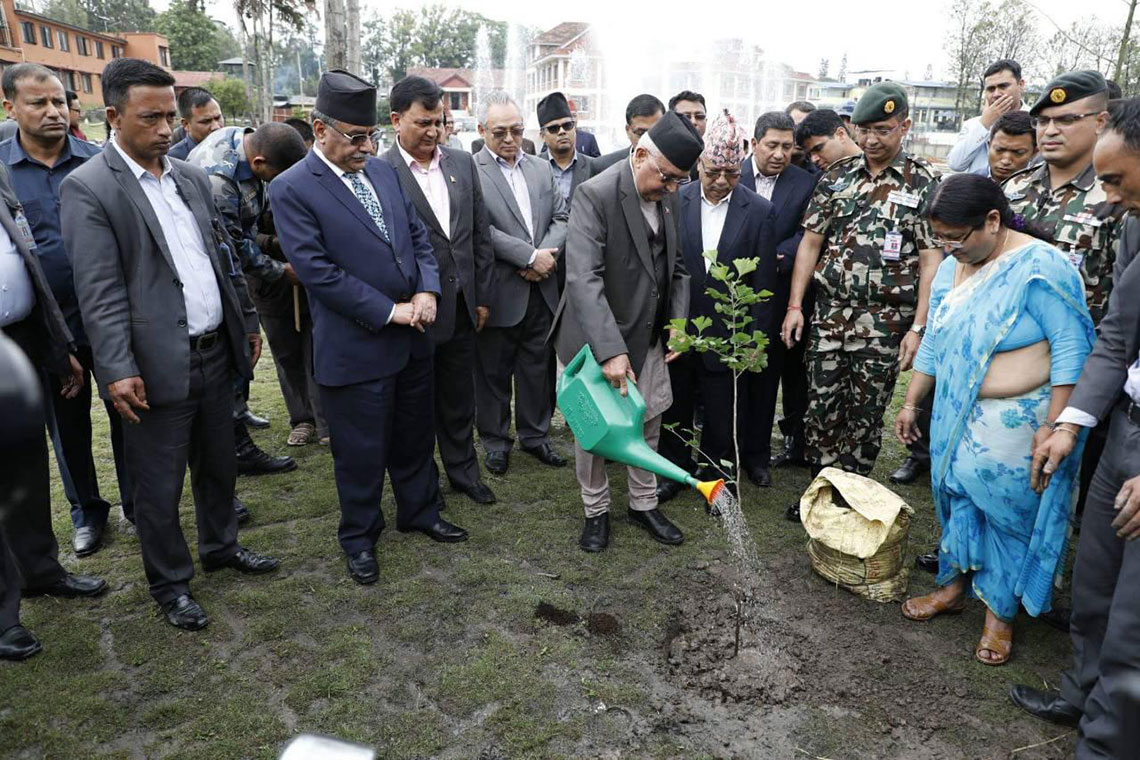 KATHMANDU, May 17: Both the chairpersons of CPN-UML and CPN (Maoist Center) have jointly planted a sapling of Ginkgo Biloba on the premises of Baluwatar, a plant that survived the atomic bombing in Hiroshima and Nagashaki during the Second World War.

The chairpersons planted the sapling before the meeting of the party unification coordination committee began.

Earlier this meeting was scheduled for 10 am today. It was delayed after the 25th Madan-Ashrit Memorial Day started later than the scheduled time at Balkhu.

A meeting between chairs of both the parties—KP Sharma Oli (UML) and Pushpa Kamal Dahal 'Prachanda' (Maoist Center)—on Wednesday morning agreed to seal the unification deal, and announce the merger today.

The new party will have 441-member central committee (241 members from the UML and 200 from the Maoist Center).

Likewise, it will have a 43-member standing committee with 25 representatives from the UML and 18 from the Maoist Centre. The party will have 'Sun' as its electoral symbol, the one the UML has been using for long.