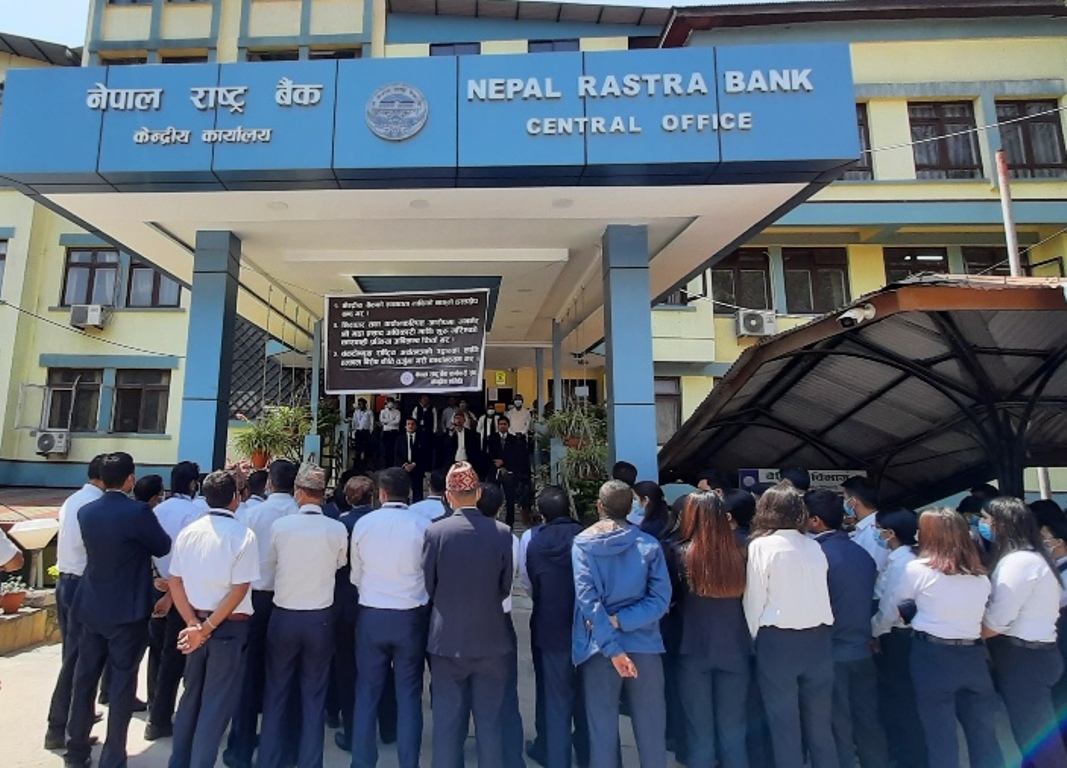 The NRB Employees’ Association on Sunday hung a dark banner along with organizing a corner meet on the premises of NRB head office in Baluwatar, Kathmandu. According to the association, workers launched similar protests also at all offices of the central bank across the country to express their dissatisfaction against the government’s action against Governor Adhikari. The association has termed the action a baseless and unfair government intervention in the autonomous body.

“While the authorities of the state mechanism tend to misuse the financial system of the country, the chairs of NRB have been victimized in most of the cases,” said Rudra Prasad Timsina, central chairman of the association. Giving examples of similar cases with the former NRB governors including Kalyan Bikram Adhikari, Tilak Bahadur Rawal and Bijaya Nath Bhattarai, the association’s chairman Timsina said the workers’ union backed the governors against the unfair moves of the government in the past.

On April 8, the government suspended NRB Governor Adhikari. Finance Minister Janardan Sharma accused Adhikari of leaking sensitive information. Sharma has also put into question the role of Adhikari in assisting the government at a time when the country is facing critical economic problems, especially in its external macroeconomic indicators.

KATHMANDU, Aug 2: Nepal Rastra Bank (NRB) has set a ceiling of 2 percent on penal interest that bank and... Read More...