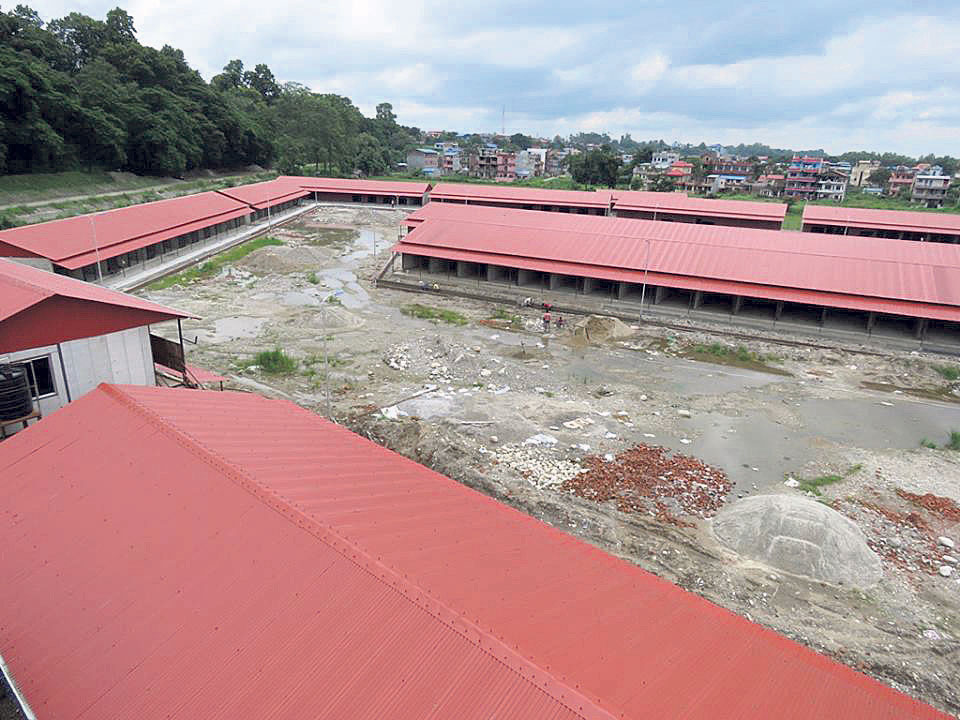 BHARATPUR, Aug 27: Construction of a modern fruits and vegetables market in Chhetrapur of Chitwan is in the last leg.

Local vegetables and fruits wholesalers are building the Bharatpur Metropolitan Fruits and Vegetables Market in Chhetrapur of Bharatpur Metropolitan City with an investment of Rs 140 million.
Thir Prasad Dhital, chairperson of Vegetables and Fruits Entrepreneurs Association, told Republica that about 87 percent of the works have been completed so far. "Most of the works have already been completed. We only need to blacktop the space between buildings which will be serve as road for buyers," he Dhital added.

Construction work had begun in February. The market will have 290 stalls.

According to Dhital, there will be 28 outside stalls for commercial purposes and 38 retails stalls, while the remaining will be wholesale stalls. "We will designate separate space for farmers where they can sell their farm produce without paying any rental fee," he said, adding that discussions were underway to provide eight to 10 stalls to farmers free of cost. Dhital further added that farmers, who produce large quantity of fruits and vegetables, could be provided stalls at subsidized rate.

Though there are a few fruits and vegetables market in Chitwan, including the ones in Lions Chowk, Balkumari School and Kamalnagar, they are not well-managed. The new market will be spacious and clean, added Dhital.

Bharatpur Metropolitan City has agreed to black top access road to the market, arrange electricity and water supply, build sewage line and collect garbage on a regular basis, according to Dhital.

Birat Ghimire, chief of Environment Department of Bharatpur Metropolitan City, said that the metropolitan city office is playing a role of facilitator by providing needful facilities to the new vegetables and fruits market. He also said that the municipality was also thinking about producing energy by using waste generated by the market.

The new market is expected to come into operation by the end of September.

KATHMANDU, Aug 21: In a major agreement that is expected to ease the import and export of various food items... Read More...