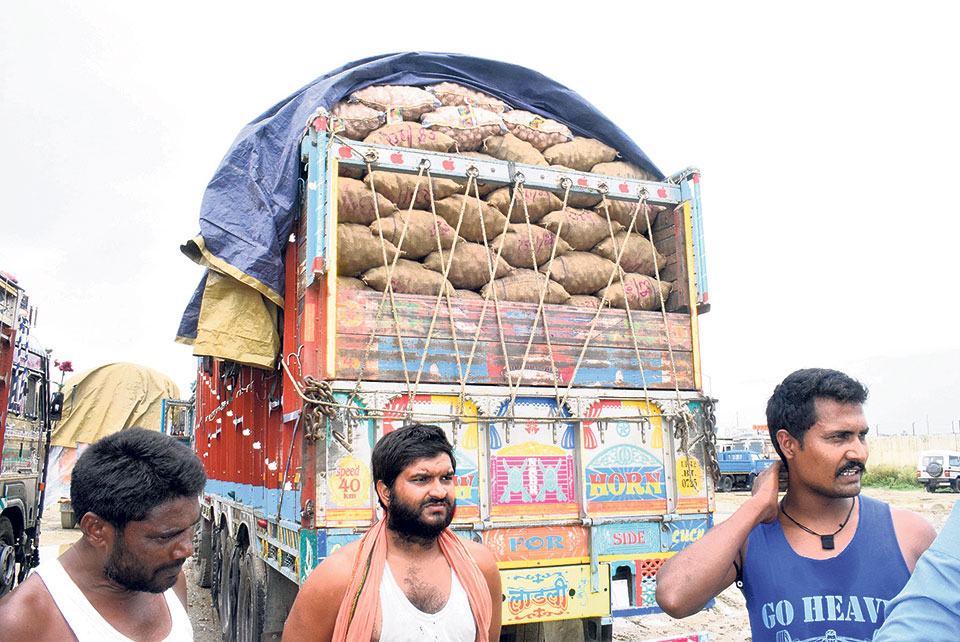 KATHMANDU, July 6: Under enormous pressure from the Indian embassy, the government has put on hold its decision to carry out pesticide testing for vegetables and fruits imported from India until further arrangements.

The decision on testing Indian vegetables and fruits has been withdrawn after just two weeks . The Indian authorities have reportedly mounted pressure on Nepali to halt the testing, saying their vegetable export was being badly affected by the decision.

“We hadn't intended to stop Indian vegetables but the authorities have asked for pesticide testing,” Minister for Industry, Commerce and Supplies Matrika Yadav told Republica.

“The decision has been put on hold to avert a potential vegetable shortage in our market,” he added.

He said pesticide testing would resume once testing labs are in place at all border entry points. “The Finance Ministry is ready to release the budget for purchasing the lab equipment. This may take some time but we will do it [resume testing].”

The Indian embassy had sent a note verbale to the Nepal government to lift the testing requirement after Indian trucks bringing vegetables and fruits were stuck at the border for days .

Citing provisions of the World Trade Organization and bilateral trade agreements between the two countries, India had requested Nepal to resume the entry of Indian goods on the basis of phytosanitrary certificates issued by designated authorities on both sides.

Indian vegetables and fruits have a huge market share in Nepal. According to details provided by the Department of Customs, Nepal has imported vegetables worth Rs 26.46 billion and fruits worth Rs. 17.03 billion in the 11 months of the current fiscal year.

The decision to halt pesticide testing was taken by the Cabinet meeting held on Thursday evening, according to informed officials.

On June 17, the Nepal government had instructed its border authorities to test for level of pesticide before allowing in Indian vegetables and fruits . Following the instructions, hundreds of trucks have been stuck at various border points.

Nepali testing officials are said to have found maximum pesticide levels in the goods. Some of the perishables were found to have rotted because of the long wait at the border.

Nepal lacks adequate lab facilities for pesticide testing. Although some custom offices are continuing the testing some others are unable to do so due to lack of testing labs.

Surya Prasad Bhandari, a customs official in Birgunj, said they had been testing Indian vegetables and fruits till Friday and will reconsider the process only when they receive the government circular.