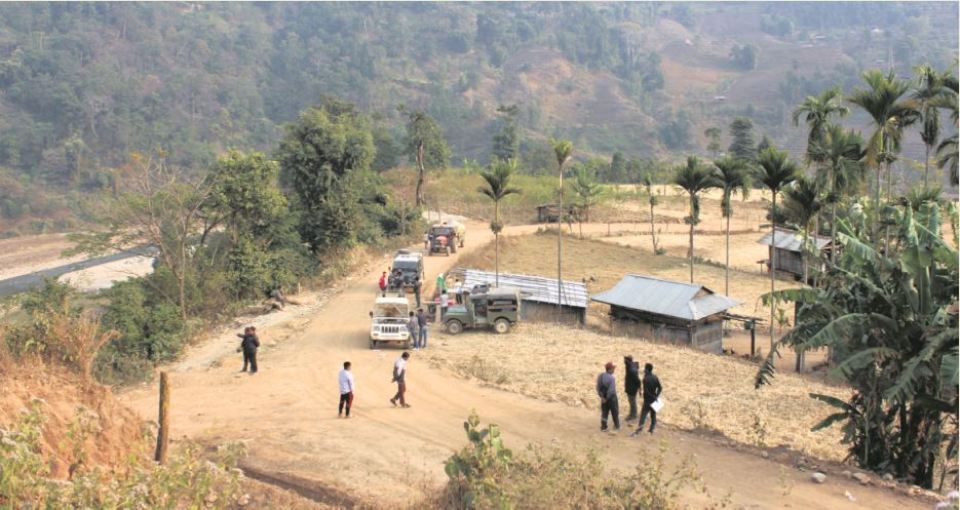 ILAM, Jan 23: The new fast track between Ilam and Jhapa will cut short the distance between the two places by almost half, once the road comes into operation.

According to the mayor of Ilam Municipality, Mahesh Basnet, the fast track is near completion. He expects the fast track to boost tourism and other businesses. "The fast track is going to make it easy for the people in many ways. It's a matter of great concern for all of us," he said.

Ilam Municipality has invested around Rs 20 million and the Department of Roads has provided Rs 12.5 million for the road. The road will be functional after some bridges are fixed over rivers along the route, according to Basnet.

"The fast track will facilitate tourists and the locals. Many people come to visit Ilam every year," he said. "This road is vital for us," he added.

According to Ganesh Niruala, an engineer involved in the project, the focus is on building bridges, and widening the road. "Some more works are left and hopefully they would be completed soon," he said.

The news has excited farmers as well. They expect better income in the days to come.

"Our produce will get a better market, that's for sure. Road is the gateway to prosperity," said Man Bahadur Moktan, a farmer from Belbase.

"Farmers here produce paddy, vegetables, banana and so on. Some have cows and buffaloes in large number; the dairy business will flourish," he added.

Manarupa Baraili of Ilam Municipality – 11 stated that the fast track has filled them with new hopes and excitement.

It was our long-time wish but very few had believed that it would materialize, she said.

"The villages which used to look remote until a few days ago now feel like a happening place. The road has touched our doorsteps," said an elated Baraili. "Now I can reach Birtamod in just one hour, it's a matter of joy," she added.

KATHMANDU, Dec 28: Nepal Telecom (NT) has signed a memorandum of understanding with Nepal Army to lay optical fibers along the... Read More...