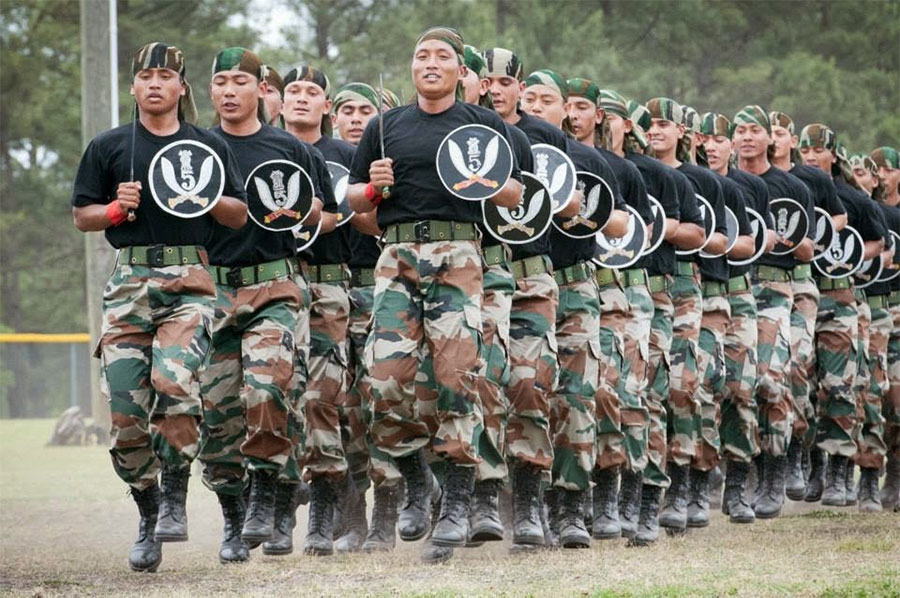 KATHMANDU, August 25: Nepal has requested India not to recruit Nepali youths in the Indian Army as a part of its Agnipath scheme.

Foreign Minister Dr Narayan Khadka called the Indian ambassador to Nepal Naveen Srivastava to the ministry on Wednesday and asked him to postpone the plan to recruit Nepali youths under the new scheme.

While a section of political parties including CPN (Maoist Center) are in favor of completely stopping the Gurkha recruitment, other parties like Nepali Congress and CPN-UML are in favor of giving continuity to the recruitment under pre-Agnipath arrangements.

The Agnipath scheme, which will henceforth be the only route for recruitment into the Indian military, has a provision to hire all new recruits aged 17.5 years or above only for a four year period till 23 years of age. It is felt that the Indian government has prepared the program to reduce the burden on its exchequer, as it will avoid long tenure of service in the military, as well as pension and other benefits which are available in the current system. This scheme bypasses many things including long tenures, pension and other benefits which were there in the old system.

The decision of the Indian government to introduce the ‘Agnipath scheme’, which is also applicable to Gorkha recruitment beginning this year, has already courted serious controversies in Nepal. Although Nepal does not have any objection to the recruitment of Nepali youths as per the arrangements made by the 1947 Tripartite Agreement, it is not in favor of allowing Nepali youths to join the Indian military under the new scheme.

Nepal has maintained that the new provisions violate the 1947 Tripartite Agreement that governs the recruitment of Nepali youths into the Indian Gorkhas. The Tripartite Agreement mentions that "subject to satisfactory performance and conduct, all soldiers should be allowed to serve for sufficient time in order to qualify for a pension".

Although there was a separate agreement with India and the UK to assign the number of Gorkha units under the British India government to independent India and the UK, there was an understanding that the nature of the service including long tenures and pension would remain unchanged.

As per the Indian media reports, each recruit will get around IRs 40,000 a month during his four-year stint under Agnipath and gets around IRs 1,200,000 lump sum once relieved from service. "This makes Gurkha recruitment no longer attractive as there is no long-term career.

Experts in Nepal have maintained that the social impact of the scheme could be grievous for Nepali society. "The social impact on Nepali society must also be considered when young adults trained in warfare and weaponry are sent back to Nepal, rather than spending a full career in the Indian Gorkhas. There is even sociological evidence that such a situation is likely to raise the level of gun-violence and other types of violence in society, as Indian commentators have also suggested," said a retired Nepal Army general, asking not to be named.

KATHMANDU, July 13: The decision of the Indian government to introduce a scheme called ‘Agnipath’, which will apply to Gorkha... Read More...

Retreating Russians leave their comrades’ bodies behind
18 hours ago

Rain predicted for two or three more days
10 hours ago

Former PM Oli receives tika from his parents
11 hours ago

Rain predicted for two or three more days
10 hours ago

Former PM Oli receives tika from his parents
11 hours ago