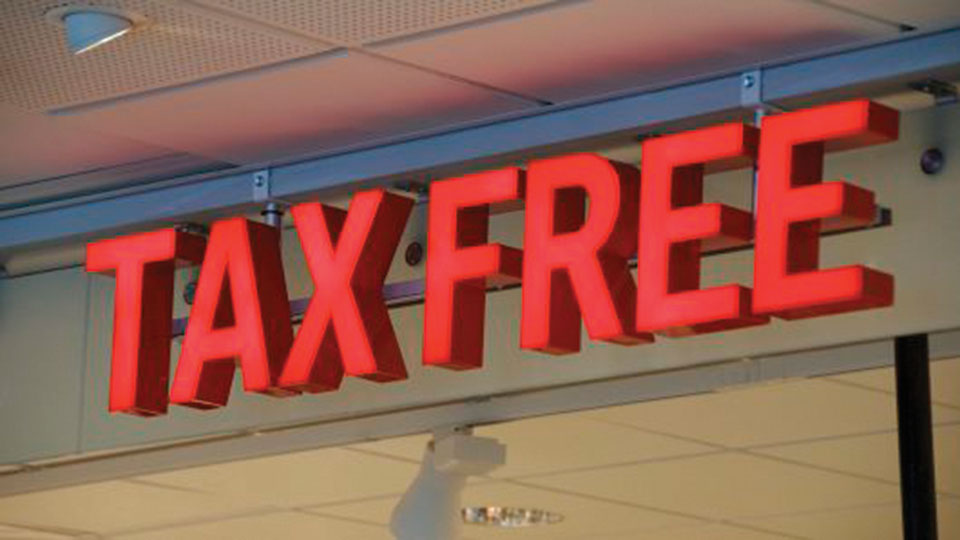 It has been a long time when this historical event took place but the old timers among us may recall the sensation created in 1975 when late King Birendra announced to the international community his proposal of Nepal to be recognized as Zone of Peace. He asked the country’s foreign missions to work vigorously with their host countries to push the United Nations to declare Nepal a Zone of Peace country.

Reportedly, some 130 countries accepted this proposal excepting, principally, India that chose to stay out of it, meaning that it didn’t approve or disapprove of the proposal. In the absence of India’s support, the enthusiasm for zone of peace proposal weathered over the years and was discarded when the absolute monarchy ended in 1990.

Tax-free zone
A different kind of zone proposal can now be considered for Nepal, many times more advantageous than the Peace Zone whose objective will be to make Nepal a tax free territory.

Since governments must raise revenue to meet expenditures, tax-free proposal is implemented on a selective basis, choosing just income and profit taxes and, in some case, trade taxes assessed on exports and imports.

Like any other country, for Nepal to become a tax-free zone will involve a large-size loss of tax revenue from income and trade taxes which, using the revenue data from budget of fiscal 2018/2019, amounts to close to half of total tax revenue of Rs.838 billion. It is then unrealistic for the government to have to adjust budget spending to offset this large size loss of revenue by switching to a tax-free economy but there can be a route for a safe landing—implementing the proposal in a way that doesn’t destabilize the country’s finances or forces it to run deficit and pile up huge amounts of debt.

The issue of loss of revenue then needs to be considered in a more realistic way that should include the dynamic impact of relaxing and eliminating the tax burden by reducing or eliminating some selective taxes. Looking at the current situation, Nepal has one of the highest tax rates among low income countries, rates that hurt incentives, reduce work effort, and discourage trading across the border.

Nepal’s high tax regime
The incentive issue relates to what economists call the taxation of capital and of income earned by individuals. Capital taxes are assessed mainly from profits and dividends earned from investments and collected from industrial and business enterprises. Currently, tax rate on business profits is a flat 30 percent but adding other charges on corporate profit, the rate goes up to 45 percent, a rate at the top of that charged by many other countries.

Compared to Nepal’s neighbors—Bangladesh, Bhutan and India—all have 35 percent or lower corporate tax rate and, further, India and Bangladesh provide better infrastructure and a more robust culture of aiding business growth than Nepal does. On the World Bank’s Doing Business Index, for example, Nepal ranks 110 among the countries, compared to a much superior rating at 77 for India which indicates a much more business-friendly environment.

Looking at the tax paid on individual incomes, very few exemptions are allowed in Nepal and, particularly, the highest marginal rate rises to 50 percent that applies to incomes considered low by international standards and, again, this rate kicks in at a much lower income level than the case in neighboring countries that have highest marginal rate of 30 percent or lower.

Economic impact
Few studies have been done to assess the impact of high income and profit tax rates on investment and economic growth but the cost in terms of loss of incentives must be substantial. At the present time, some Rs 220 billion is collected annually in income taxes—individual and business combined. This amounts to a fourth of total tax revenue and eight percent of GDP. Can this amount of revenue be collected if individual and corporate income taxes are lowered to, revenue by, a flat rate of five or 10 percent or eliminated altogether?  And, more generally, how does a low or no tax regime impact the economy?

We can argue that at least part of the income saved from reduced income tax payment will be spent on purchases of goods and services that now pay 13 percent VAT but this can be raised to 20 percent if the income tax is lowered or eliminated. If, then, just half of the equivalent of income and profit tax revenue of Rs 218 billion gets spent on the purchase of goods and services, as much as an extra Rs 25 billion can be collected just from the VAT. Also the revenue from indirectly taxed items other than VAT will increase by may be a similar amount.

Looking at a more dynamic scenario emerging from a tax-free economy that takes into account the impact on business decisions and on individual incentives, there is room for the economy to expand and generate an extra one to two percent growth than in a tax-loaded economy. This scenario then justifies the expectation of a tax-cut paying for itself, a premise advocated by conservative economists and politicians in the United States.

This theory of income tax can be expanded to reducing or eliminating border taxes that have been historically an important source for Nepal’s revenue. Border tax revenue has escalated many folds over the past decade as remittance money has become an important source of income for the general population, much of which gets spent on purchase of imported goods.

The increase in import volumes along with a determined effort to collect a maximum amount from import taxes and, usually, the high tax rates charged on imported food, electronic items, transport machinery and parts, soft drinks and alcoholic beverages have made the import tax revenue highly income elastic. With growth in this category of revenue rising more than twice the collection from non-import taxes has helped turn this revenue source more income elastic than revenues from income and profit taxes.

Again, just like the case of income tax, heavy taxation of border trade can have adverse effects on the economy in many ways. First, it tends to raise the cost of living that takes away part of incomes of general population and also that import taxes are regressive, with its burden falling disproportionately on low income families. Second, high import and export taxes as well as high excise taxes make the economy less competitive by raising the cost of domestic production.

Third, import taxes tend to worsen the income inequality in the population, because of generally inelastic demands for essential consumer items on which low income families spend a much larger portion of their income than upper income families. Fourth, and finally, heavy taxation of imports tends to lower the quality of locally produced substitutes, smaller varieties of goods are available in the market, and a shortage economy tends to encourage black market activities.

Low-tax choice
Looking at the prospects of a heavily vs moderately taxed economy, there is almost no evidence to suggest that a heavily taxed economy ever becomes an economic success story for the reason that taxes at high levels destroy incentives and feed on corruption. On the contrary, switching to a no-tax or moderately taxed regime has helped many countries turn their economies around and become economic powerhouses by anchoring their growth to comparative advantage and to competitive trading that helps take on the monopolies.

Transition to a globalized market place has then been a natural outcome for local businesses to partner with multinational companies, share their most up-to-date technology, copy their product design, and secure easy access to expanded market opportunities.

This, in a nutshell, is the Singapore story for Nepal to emulate and become a success story.

Finally, Finance Minister Yuba Raj Khatiwada has declared that Investment Summit 2019 (underway in Kathmandu now) “will be instrumental to steer [the] country towards the path of development.” However, this type of hope and vision is not as well-founded as the one focused on effort to move the country to become a tax-free or a moderately-taxed economy.

My best hope from the Summit like this is that foreign guests will spend generously on purchases of goods and services produced in Nepal which, in the least, will have a positive value-added effect on the economy to lift its growth and increase income levels.