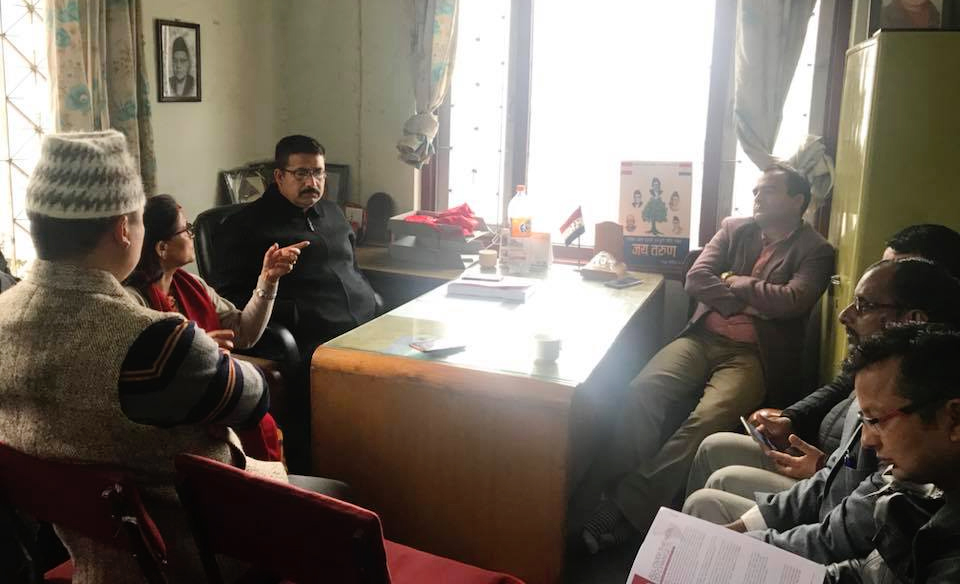 KATHMANDU, Feb 23:  Nepali congress’s sister organizations have decided to protest against the move from to halt the recommendation made by Deuba-led government for the appointment of three members in the National Assembly.

The meeting has formed a taskforce committee to work out on the strategy to protest against the step, said Jeet Jung Basnet, president of Nepal Tarun Dal. He said, “The President has taken an unconstitutional step by ignoring the recommendations made by the Deuba-led government. She appointed CPN-UML chair KP Sharma Oli as Prime Minister without being a party parliamentary leader.”

Basnet added, “NTD has presented a copy of the Constitution to President Bidya Devi Bhandari as a symbolic protest against her "unconstitutional move" to set aside the previous government's recommendations for appointment of NA members.”

They are protesting against the appointment of Yubaraj Khatiwada, Ram Narayan Bidari and Bimala Poudel Rai as the members of NA.

The Deuba-led government had recommended the name of Chandani Joshi, Gopal Basnet and Krishna Prasad Poudel as the new NA members.