Legal side of infrastructure 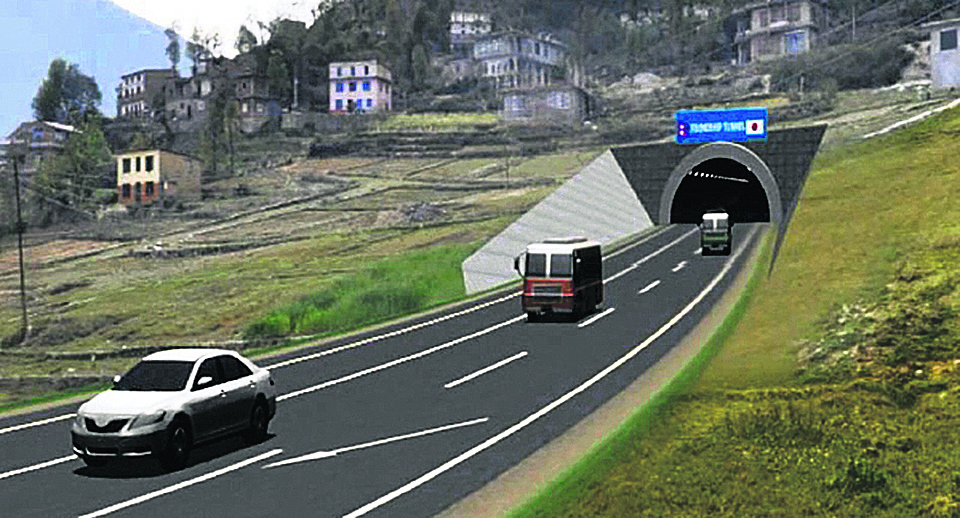 Is Nepal ready to tackle the legal issues related to tunnels and underground infrastructures?

Nepal is supposed to enjoy its first tunnel road with the completion of the 2.69 kilometers long Nagdhunga-Naubise tunnel (funded jointly by the governments of Japan and Nepal) in a little over three years. Not only as a means of transport and freight, but tunnels in Nepal have various other end-uses, like, for example, water supply, as is the case with the Asian Development Bank-funded Melamchi Water Project that is supposed to address the water woes of the Kathmandu Valley.
With increasing investments in infrastructure development in Nepal, including tunnels and other underground infrastructures, it is important to be prepared for some of the significant and likely legal issues arising in the context of the usage of underground space in Nepal. This article draws attention to common issues such as the necessity of comprehensive regulations, land ownership, safety risk management, and cost factors when pursuing such endeavors.

Comprehensive regulations
The legal system of Nepal continues to be a traditional system despite its modernizing efforts in recent years to make it more suitable for international investment. Rapidly developing technologies, increasing populations, and risks posed by climate change to sustainable development are additional challenges legislations have to consider. For example, Germany faces a lack of regulations in terms of use of Carbon Capture and Storage technology as a new activity for underground construction, as it is only addressed by mining law.

Moreover, even with the consolidation of regulations regarding underground space, it is important to ensure that regulations are uniform and complementary to each other, especially given Nepal’s three-tier government system, in which provincial and local governments enjoy the authority to create laws under the constitutional scheme of the division of powers. Additionally, federal laws and institutions that set policy and approaches should be revisited along this line, and nation-level laws that guarantee legal force and comprehensive coverage must be introduced.

However, even with the formation of such regulations, a lack of an interdisciplinary approach and adequate research can prove to be disincentives for developers and contractors. For example, in Singapore, the excavated rock in the construction of underground space is considered a cost on the contract, regardless of whether it is disposed of as waste or sold, as the government charges a royalty on its sales and its revenue returns to the government. Other additional disincentives for contracts include regulations like meeting tight fire safety requirements or stringent vibration limitations on rock blasting that lead to increased costs. Therefore, regulations for underground space should be created with proper consultation with all effected stakeholders to adequately consider the requirements of all parties.

Land ownership
Issues of land ownership also arise with regards to tunnel construction in Nepal. Site clearance and land compensation caused the delay in the construction of the Nagdhunga-Naubise tunnel road project that was supposed to start in March this year. The issue of land ownership for tunnel construction is complicated by ambiguities in regulations, especially with regard to the ownership of and rights to land, including mineral and natural resources. This complication begs for a revision of existing legislation of land and property rights in terms of how they relate to the underground space and their inter-linkages.

In Malaysia, for example, in instances where public spaces are being constructed under private, alienated lands with unspecified depth, the developer must negotiate a right of way with the landowners. Therefore, the determination of landowner rights of underground space should be delineated so as to avoid challenges later with land development. In terms of the depth of land ownership, legal provisions dictate that landowners may use underground space in their properties, but this provision is sometimes misinterpreted because it limits underground space usage to as is “reasonably necessary.” Therefore, although tunnels may be built in non-urban areas in Nepal, it is advised that regulations at the national, provincial, and local levels are in harmony regarding the land ownership issues highlighted above.

Safety risk management
The identification and management of safety risks is another component that can induce key legal challenges in the construction and operation of tunnels. In 2013, a tunnel, funded by Sinohydro, which is also responsible for the construction of the Melamchi Tunnel project, collapsed in a hydroelectric power station in Ecuador and resulted in the deaths of 13 people. Due to increasing underground accidents in China itself, the underground engineering sector has adopted many progressive strategies to mitigate safety risks, including the creation of new laws and regulations and implementation of a safety risk management system.

However, some challenges still remain, including safety behaviors of personnel, integrating technological innovation for safety management, and adequate design of management regulation to prevent accidents. To mitigate these risks, national and regional legislations should adopt engineering guarantees and insurance, prohibit bidding in unreasonably low prices, involve experts in vetoing high risk projects, and punish illegal activities that affect the safety of the public, the environment, and property.

Cost issues
Given Nepal’s diverse and difficult topography, the construction of underground tunnels and infrastructures is undoubtedly an expensive and grossly challenging endeavor. Just for the construction of the proposed railway from Kathmandu to Kerung, with an estimated cost of $5.5 billion, the Nepal side of the construction will account for almost half of the construction cost, although only a third of the railway will fall in its territory. Aside from geology, various other factors also influence the cost of constructing tunnels, such as complying with regulations regarding labor, safety, and the environment, contract type (eg public-private partnerships), materials used, end-uses, market competition, and bidding costs. Costs will also vary depending on currency exchange rates, inflation, as well as construction cost indices (which are not standardized).

Increased costs can arise even in the post-construction phase as a result of accidents and repairs. For example, due to tunnel accidents in Norway in 1970 and in the United Kingdom in 1994, the reconstruction and repairs cost were doubled and tripled, respectively, of the original construction costs. Such failures can occur due to a lack of compliance with regulations, compromised quality of work and materials due to external pressures, water and gas leakages, and weak foundations and structures, among others.

Bipin Adhikari is a constitutional expert. Bidushi Adhikari is associated with Nepal Consulting Lawyers, Inc as a research assistant

Available statistics reveal that the province's capital outgoings have been minimal over the past four fiscal years. It's attributable to... Read More...