Landslide threatens more than a dozen families in Bajura 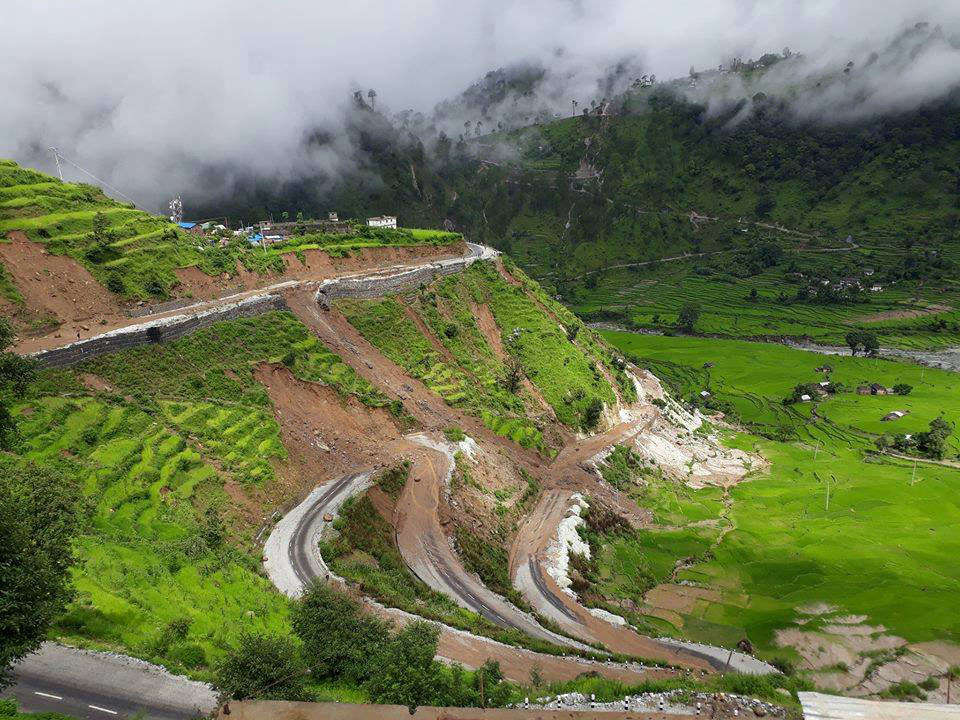 BAJURA, July 28: The locals of the district are in danger of landslide because of the torrential rain for continuous three days. Road sections have been damaged for which there is no vehicular movement. Dozens of villages are under the risk of a landslide as the land structure itself is of slanted type.

There is no vehicular movement at the road section from Martadi up to Balde. Similarly, the movement at Martadi Kolti, Martadi, Aatichaur and Gaumul is also obstructed. Locals are under the fear as the landslide from upper part could sweep away their houses.

Due to downpour, two houses nearby Malika temple at Martadi have already destructed and more than half dozen are under the risk said Sagar Bohora, DSP. Bohora further added that the wall of Badhimalika Boarding School located at Martadi Bazar has been damaged and the building of old district health post office has cracked.

One house in Malakot-1 of Tribeni municipality has been completely damaged while other seven are under high risk. The family members have already left houses after knowing the vulnerable situation.

Likewise, more than 20 households of Ukhaadi, Badhimalika municipality-9 are under high risk of landslide. 42 families of Chededaha rural municipality-7 have already shifted to another place.

Police have informed that there is no human casualty recorded however, there is a loss of physical structures.

Torrential rainfall has damaged physical structures for which it is suggested to be careful enough for own safety.

Teenager goes missing and a dozen families displaced due to landslide

PARBAT, July 18: A teenager has gone missing when a landslide triggered by incessant rain swept away a house at... Read More...

No Alternative to Deuba as NC PP leader : Purna Bahadur Khadka
16 hours ago