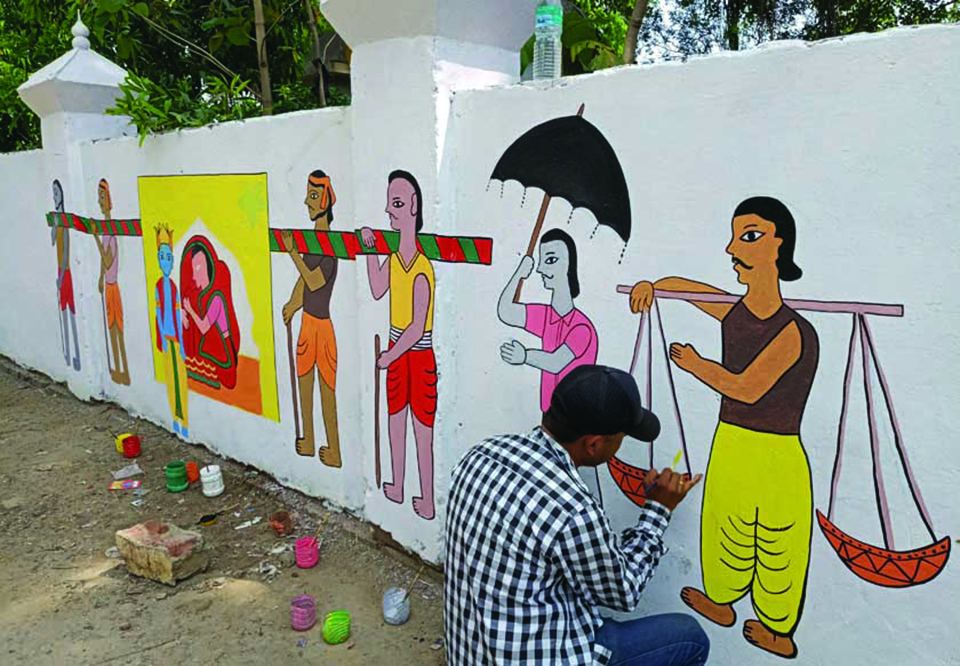 Preparations are in full swing in Nepal to welcome Indian Prime Minister Narendra Modi who is making an official visit—his third after becoming the PM in 2014—to Nepal on May 11 and 12. This time he has sent a gesture that the visit would be geared more toward strengthening socio-cultural and religious ties that exist between Nepal and India since time immemorial. This is well reflected from the fact that he will first land in Janakpur, the birthplace of Goddess Sita, before going to Muktinath, the symbol of Lord Vishnu and finally to Kathmandu.

As is known, Janakpur is closer to Nepal-India border, unlike Muktinath which is closer to Nepal-Tibet border in the Himalayas. Janakpur was the capital of Mithila in the ancient time when Siradhwaj Janak ruled the territory as King and where Lord Ram married Sita. Incidentally, Janakpur now has again been made the capital city of Province 2 after the country introduced a federal system. For the Hindus, Muktinath is another centre of devotion. Mysteriously, it is only in the area between Muktinath and Kagbeni in Gandaki River where the most sacred stone shaligram with different incarnation symbols of Lord Vishnu is available.

Prime Minister Modi will reach Janakpur from Patna by helicopter where he will first worship at Janaki temple. Thereafter, he will address a public gathering at Barabigha Maidan at Janakpur. Government of Province 2, apart from Janakpur sub-metropolitan office, is making preparation to felicitate Modi. Hundreds and thousands of people from Tarai and across the border in Bihar state are expected to visit Janakpur to hear Modi.

Even during the long spell of over 70 long years after India’s independence, none of the Indian PMs visited Janakpur though it plays a crucial role in Nepal-India relations. Earlier Chandrasekhar had come to Janakpur, but he did not enter the Janaki temple.

During the civic reception Modi is likely to make an announcement of the package for Tarai region, which is in the underdeveloped stage. Considering the recent agreement between Nepal and India on agricultural sector, it will be appropriate if India could help Province 2 to set up a mini Amul dairy farm on Gujrat model, which could include integrated programs for formation of dairy pockets, dairy cooperatives, dairy training centre and dairy processing plant in the province. Also, what is required is to set up high yielding breeds/semen of cattle and buffaloes. India could help this region in introducing high yielding grasses and fodder cultivation under agro-forestry program.

India could extend technical knowhow for modernization of agriculture farming in Province 2 by promoting research in the agricultural sector and producing good quality foundation seeds. It is also necessary to establish soil and food testing labs, a soil testing mobile van, processing plants for the agricultural and horticulture products. Equally important is to extend support for the storage of agro-products. India could provide training to the technical officers and share knowledge for the production of pond fishery. The Veterinary Laboratory at Janakpur might also be strengthened. Most of all, it is necessary to establish Sunkoshi-Kamala Diversion Project that has the potential to irrigate agricultural land in almost all the eight districts of the province.

India could help Nepal in building a circular road through the periphery of the province. If this road is extended up to the Ganga, it will be the circle of Mithila, which according to Mithila Mahatmya has great religious value. This circle road would further strengthen the traditional relations between Nepal and India as it will cover the territory of both countries. This road will pass through such regions of the two countries that are economically lagging behind. As such, it will contribute to economic uplift of the region.

No less important is Ramayan Circuit that not only envisages to connect Janakpur with Ayodhya covering the distance of 622 kilometers through which Lord Ram travelled from Ayodhya to Janakpur along with his brother Lakshman,but it also envisages to cover another route through which Lord Ram along with Goddess Sita returned to Ayodhya after marriage in Janakpur. Connectivity through these roads will open new vistas of cooperation between Nepal and India in industrial, agricultural and tourism sectors.

Air connectivity between Janakpur and Ayodhya should be developed. There is already an airport in Janakpur, but no such airport exists in Ayodhya. If runway is extended and night landing facility provided to Janakpur airport linking it to Lucknow, if not Ayodhya for now, this could attract hundreds of thousands of Hindu pilgrims to visit these places of religious importance.

No Indian leader other than Prime Minister Narendra Modi may have understood the potentiality of Janakpur and Ayodhya in strengthening the socio-cultural and religious ties between Nepal and India. This was one of the reasons he took initiative for signing twin city agreement at the government-to-government level during his November, 2014 visit. No progress was made to implement the agreement and it finally expired in November 2017.  This is a major setback to those who want to take the relations between Nepal and India to a greater height.

Prime Minister Modi is expected to take personal interest to see that the twin city agreement between Janakpur and Ayodhya is renewed and implemented without any delay. In this context, it may also be encouraging if Janakpur is connected by railways with Sitamarhi in Bihar (India), the holy place from where Sita appeared while her father Siradhwaj Janak was tilling the land in the hope of addressing the problem of draught.

It is said the plan is afoot in Indian Railway Ministry to link Sitamargh with Bhittamore, the border between Nepal and India, on the way to Janakpur. If this small stretch of land along the border is further extended to Janakpur it could work as a wonder in developing Janakpur and Sitamarhi areas.

Modi’s visit to Janakpur, Muktinath and Kathmandu might prove to be an epoch-making event to bolstering socio-economic and cultural ties between Nepal and India. Nepal government needs to take special initiative to sign all such projects with Indian government. Indian government cannot touch any project in Nepal that falls within the jurisdiction of this country just as Nepal cannot touch any project that falls within the jurisdiction of India. Nepal and India could reap benefits from joint projects in the way Americans and Canadians are reaping advantage through active cooperation in Niagra Falls.

The author is a Nepal based economist

KATHMANDU, April 23: Two more patients have tested positive for COVID-19 on Thursday, according to the Ministry of Health and... Read More...

School principal shot at by unidentified people in Janakpur

JANAKPUR, June 25: A school principal in Janakpur has been shot at by two unidentified people while heading toward the school... Read More...