All of this, however, was anything but simple. Born and raised in Chitwan, Shrestha has an educational background in pharmacy. Prior to his rehab days he had no experience whatsoever when it came to tattooing. As a child, he wasn’t that much of an artist either, minus the occasional drawing for schoolwork. Around 2014, when he was in his late 20s, Shrestha was introduced to the world of tattoo making and he felt as though he finally found his passion.

It was also when he was in his 20s that Shrestha started getting tattoos from other tattoo artists. Whenever he wanted to get a new tattoo, he would ask his mother for the money required for it. As getting a tattoo tends to cost a lot of money, she asked him to be a tattoo artist himself, so he could ink himself. It was this idea that got really stuck in his head and later helped him push himself to open his own tattoo parlor.

“The first tattoo I did was the logo for Narcotics Anonymous for a friend of mine who was also battling addiction,” he says adding that after that friend added it on Facebook, he received a lot of praise that further motivated him to pursue his interest. After seeing the tattoo, Sunil Nepali, a tattoo artist from Xhead Tattoo Inn, reached out to him and helped Shrestha get his very first practice set. Along with this, Nepali also became a mentor and inspiration for Shrestha. “I wouldn’t be where I am today without his help and support,” he says.

Similarly, Subash Lama, a tattoo artist from Hetauda, also helped Shrestha during his early days when Shrestha was only just starting out. Soon, Shrestha opened his own tattoo parlor in his home where he tattooed local customers, mostly people he knew, all the while practicing to further hone his craft. “I finally became confident with my tattooing skills and so I shifted my tattoo parlor to a more commercial place in order to reach out to a wider range of customers,” he says.

According to Shrestha, he chose to name his tattoo parlor “Stupidity Ink” because his sister mockingly called him “stupid” and also because the word “stupid” is a synonym to “madness” which he thinks represents the feel of tattoo making, in terms of the courage it takes to ink one’s body.

Shrestha prefers the classic “black” tattoos and he is most confident in his skills to draw geometric tattoos, like mandala, boxes, cubes etc. “I’m drawn to symmetrical tattoos that have an element of regularity to it,” he says. The basic process of Shrestha tattooing a customer starts with an elaborate discussion on how to go about it, i.e. discussing the theme, setting the date etc. Often times, he draws the design himself and works with the client to make it as personalized as possible.

“Sometimes people just walk in wanting to get a tattoo, but often times people have a specific idea of what they want to get,” he says. According to Shrestha, memories play a big part when it comes to getting a tattoo. “Be it a certain date or a name of your loved one, there is this desire for people to embed a certain memory onto their skin as a sign of love and reminiscence,” he adds.

Shrestha says that making tattoos helped him channel his time and emotions into something positive, especially when he was in rehab battling addiction. Tattooing, he says, prevented him from slipping back into the darkness that he was trying to get out of. “The feedbacks and appreciation helped me a lot. I also started earning for the first time in my life. And, again for the first time in my life, I felt like I was in control of things,” he says.

Moreover, his parents and his wife have also been extremely supportive of him since the beginning. Shrestha says the thing he loves the most about his work is how fun it is. “I find it meditative yet enjoyable at the same time,” he says adding that no matter how many long hours he has to put into it, he is always as enthusiastic as he was when he first got a hold of a tattoo machine. “I hope to continue having this energy and love for tattoo making in the future as well, all the while learning and improving my skills,” he concludes. 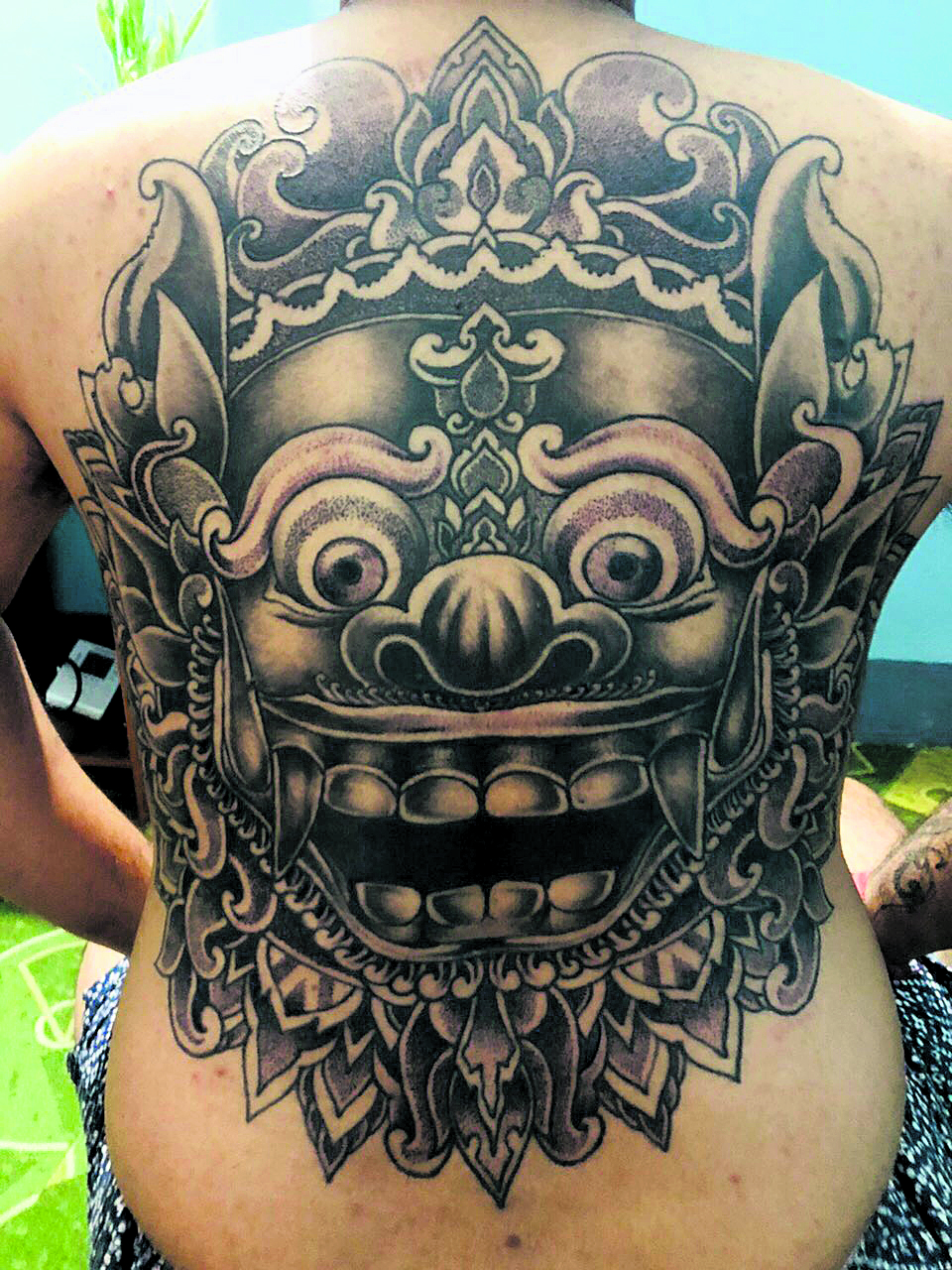