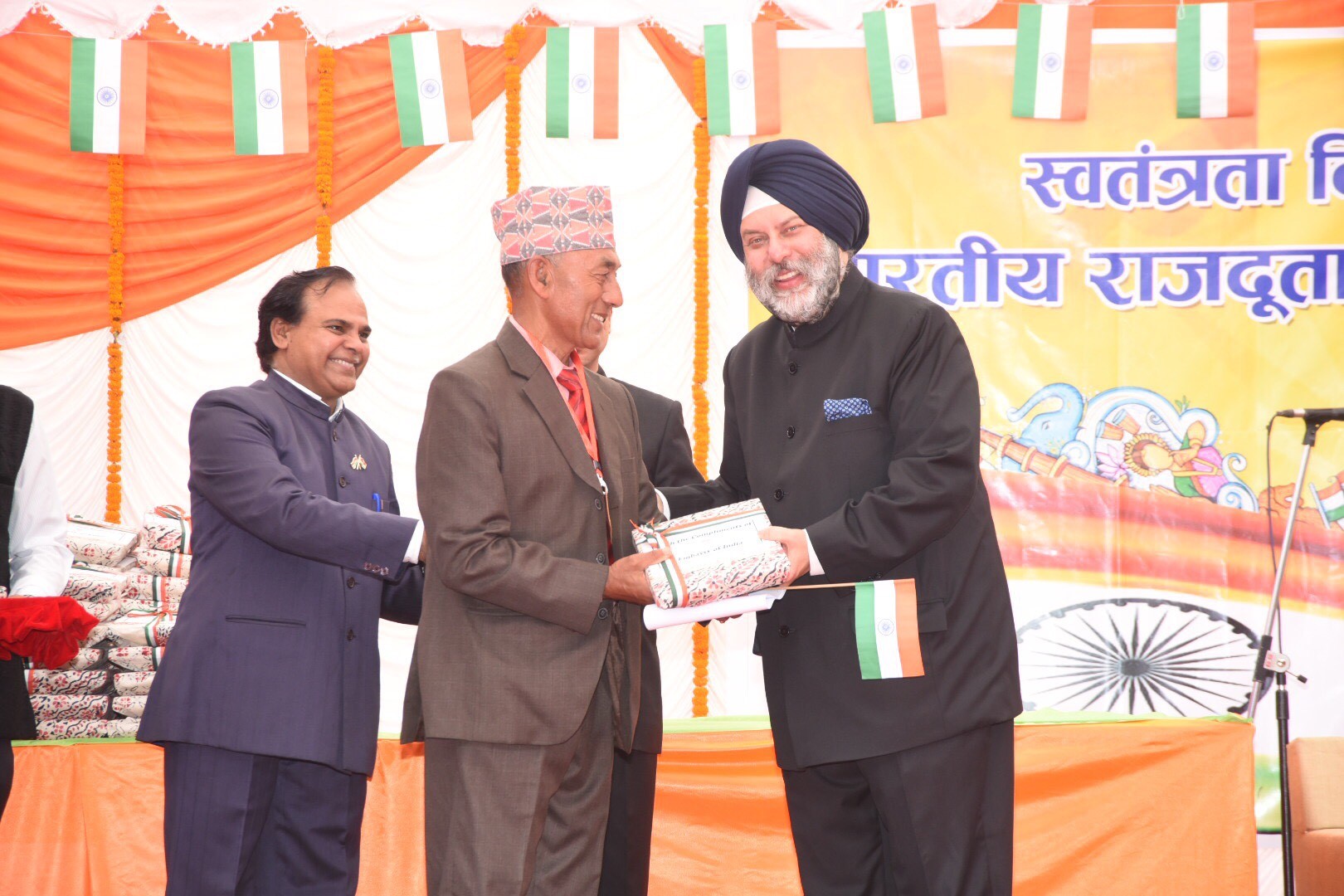 KATHMANDU, Aug 15: India on Wednesday handed over 30 ambulances and six buses to hospitals, charitable organizations and educational institutions on the occasion of India’s 72nd Independence Day.

Indian Ambassador to Nepal Manjeev Singh Puri handed over keys of the vehicles to the representatives of the respective organizations at a function on the premises of the Indian Embassy in Kathmandu on Wednesday, according to the Indian Embassy.

Puri hoisted the Indian national flag and read out the message of President of India that highlighted the achievements of India in various fields in the past seven decades.

On the occasion, Puri also felicitated widows and wards of deceased soldiers of the Indian Armed Forces by distributing checks worth NRs 53.5 million.

Books worth Rs 1.7 million were also gifted to 68 schools and libraries across Nepal, the Indian Embassy said in a statement.

The Government of India has so far gifted 692 ambulances and 136 buses to various hospitals, non-profit charitable organizations and educational institutions of 77 districts in Nepal, expanding healthcare access for thousands of Nepali people and serving to the educational needs of thousands of students.

Nepal should act as the peacemaker
4 hours ago

118 new cases of coronavirus confirmed in the past 24 hours : Health Ministry
23 hours ago

Rautes in deep crisis amid prolonged lockdown
2 hours ago

Juggling between work and family life, working parents play the double role even in this time of pandemic
8 hours ago
Entrepreneurs set various preconditions to resume public transportation
8 hours ago