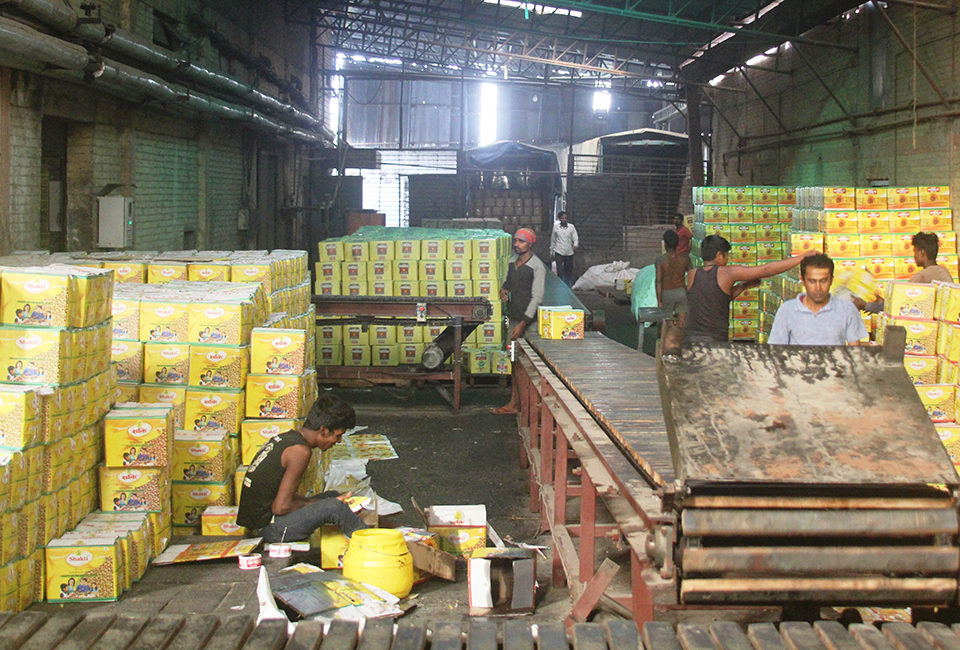 PHOTO: RITESH TRIPATHI/ Cooking oil, produced at a plant based along the Birgunj-Pathlaiya corridor, ready to be exported to India.

BIRGUNJ, Aug 11: Nepali entrepreneurs have exported cooking oil worth Rs 12.67 billion to India after the export of cooking oil started in the Fiscal Year 2018/19.

The export of cooking oil resumed from December after India allowed the import on October 8, 2018. Nepal has exported 116,123.271 tons of cooking oil to India in the past seven months.

Plants had been established in Nepal with the aim of export, and they had the capacity to produce more ghee and oil than required in the domestic market. The plants located around the border survived for another five years on the basis of illegal export to the neighboring country. Locals have fresh memories of the illegal transportation of vegetable ghee in jars and packets of oil in cartons across the border. The products were then transported to bigger markets through trains.

The export of palm oil and soybean oil has started after a long interval. The ratio of palm oil in the export index is high. Industrialists, however, don't have the hope of revival of the export of vegetable oil as its consumers have are very minimum. Industrialists are expected to recuperate as the export of oil has been resumed. They import crude oil from foreign countries and refine and repack in Nepal. The maximum import of cooking oil has taken place from Birgunj border. Cooking oil worth Rs 772 million were exported from Birgunj border in the FY 2018/19.