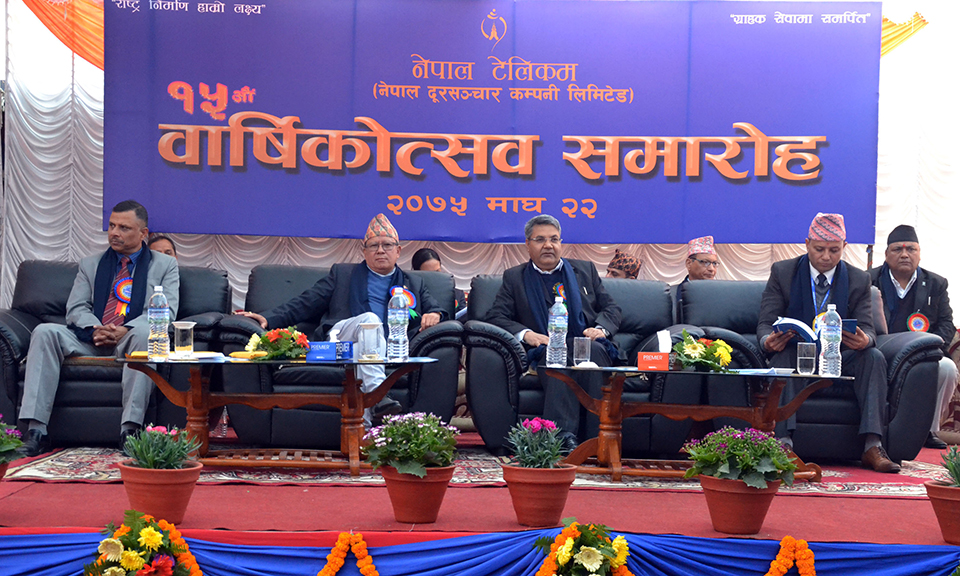 Prior to this, the service was available only in post-paid mobile phones. In case of outside the country, the pre-paid mobile roaming service will be available in India and China right from today.

The NC has begun the 'outbound roaming’ service. The prepaid mobile phone users are entitled to the new service without deposits. Prior to this, the post-paid mobile phone users had to deposit Rs 10,000 to have access to this service. According to NT managing director, Dilliram Adhikari said the company plans to further diversify its services and the new decision was of part of such plan.

Similarly, the company is to provide two GB data per month in a 900 package for GSM postpaid customers. The scheme shall come into effect from today.

Similarly, new customers of GSM postpaid mobile phones to be registered from February 6 to February 20 will be given free one GB ‘all time’ data and 100-minute phone calls per month till three months.

Under the touristic package, five GB data, 50 minutes’ phone calls within the NT network, 50 SMS and a 100-minute international call services are available at Rs 500. The ceiling of these services is double in the package of Rs 1,000. The schemes were announced on the occasion of the 15th anniversary of the NT.

The company in the fiscal year 2074/75 BS (2017-18), earned a profit of Rs 45.27 billion and the figure was Rs 44.59 billion in the previous fiscal year. Last fiscal year, the company’s net profit increased by 13.73 percent compared to the previous year and touched Rs 17.48 billion. Company’s income in per unit share was increased and reached 116.56 percent in that period.

The company has a significant contribution to the government revenue as it paid over Rs 26.20 billion in total (as tax and non-tax category) to the government in the fiscal year 2017-18. The number of its customers till last mid-December has reached 21,098,000.

The figure was 17,600,000 in the previous fiscal year. The increase was 13.51 percent. Its present teledensity is 72.5 percent. The company has connected all the 77 districts in seven provinces with this wire and wireless and data services. RSS

NEW DELHI, Feb 12: The Government of India has proposed for the construction of Lower Arun Hydropower Project bearing the... Read More...