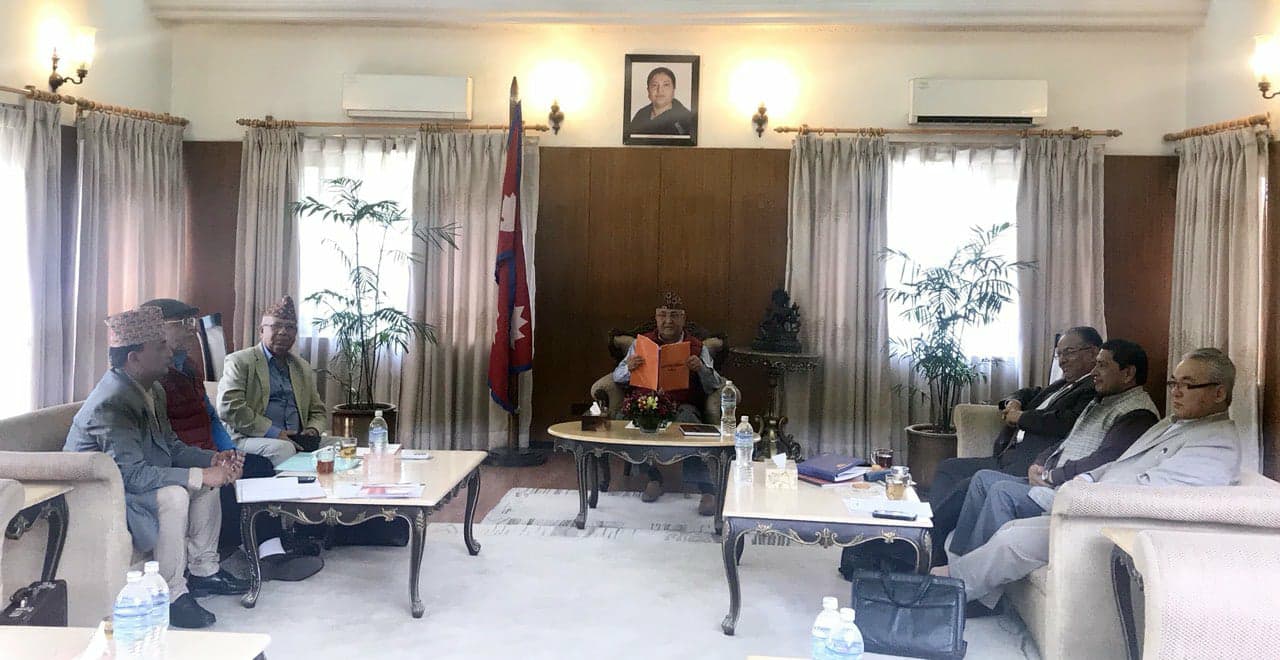 KATHMANDU, April 17: The Party Unification Coordination Committee meeting at Prime Minister’s concluded that CPN UML and Maoist Center would not form a merger on April 22.

“Despite much hype, today’s meeting failed to reach any breakthrough. “There was lack of preparation from both the parties,” Ishwor Pokharel, general secretary of UML said. “The date for merger has been delayed to sort our differences.”

Narayan Kaji Shrestha, senior leader of Maoist Center said that unless issues were sorted out, the party was unwilling to ink the hyped left alliance merger. At present, the Maoist leaders have been demanding equal power sharing and representation, election symbol and recognition of ‘people’s war’ in the statute of the new party.

There still are ideological differences and we do not want to rush for agreement,” Narayan Kaji Shrestha, senior leader of Maoist Center said.

Maoist leaders were expecting a concrete proposal on power-sharing during a joint meeting of the party unification committee. Yesterday, the two communist parties agreed to make a last moment ditch effort to unify the parties on April 22. While the UML and Maoist Center have already inked a seven-point framework merger deal, they have not been able to finalize the political and ideological draft due to differences over some key issues.

Yesterday, Maoist Center’s chairperson, Pushpa Kamal Dahal met with KP Sharma Oli, prime minister and Dahal’s counterpart in the UML where both agreed to concentrate their efforts to sort out differences through high level discussions within the next few days.