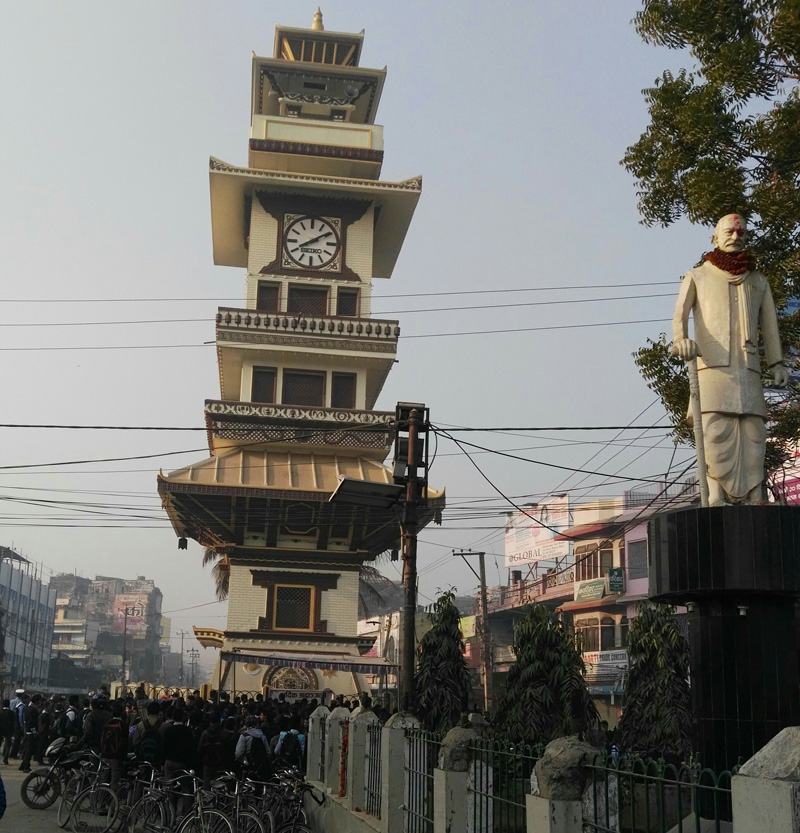 The struggles between defenders of Khas-Arya dominance and hegemony and proponents of ethnic equality and Madheshi dignity are likely to be a protracted one
The aphorism that war is the continuation of politics by other means is only partially true. Politics is about who gets to rule. War, on the other hand, is all about winning. The loser may not easily agree to be ruled by victors. The peace that winners establish end up in being interludes of preparation for wars without end. Despite pious pronouncements, there never has been a ‘war to end all wars’—that’s a phrase coined by Woodrow Wilson, the President of the United States of America during the First World War—and it’s unlikely that there ever will be one unless it’s a Mahabharata heralding the end of an epoch in human civilization.

Any war is an end in itself with little or no moral purpose. The reverse of the Prussian General and military theorist Clausewitz’s maxim, as the perceptive French philosopher Foucault has argued, is closer to the reality: Politics is continuation of war by other means. Battles of hegemony are fought in the arena of politics where victors emerge not only as winners but also as framers of the rules of the game. Once rules have been formed to disadvantage the loser, stability of hegemony is assured as the vanquished groups lose the will to resist.

Politics always has a moral purpose, though not in the philosophical sense that signifies ethical considerations of right and wrong or justice and injustice, but the practical meaning of the term that concerns itself solely with socially acceptable standards of behavior. Even when patently unethical and demonstrably inhuman, nationalism can have popular sanction. The ruthless beating and merciless shooting of protestors—straight into the chest or aimed to blow away the head—in Tarai-Madhesh plains have to be seen in the context of politics of Nepal rather than the so-called culture of impunity.

The fact has to be faced fair and square: Whenever a Madheshi is insulted, ridiculed or made to look helpless; the instant reaction in the hearts and minds of a very large section of ethnic-Gorkhalis is that the victim had it coming. That’s nothing but continuation of war that started with the military campaigns of King Prithvi by other means. Technically speaking, Madheshis too are as ‘Nepali’ as any other, but they are not a part of the ‘us’ of Nepali imagination that binds some people of Assam, Burma, California, Darjeeling, England, Finland, Greenland or wherever with the single thread of ethnocentrism.

After over two-and-half centuries of intense militarization and relentless subjugation, a large section of indigenous Janjatis of mid-mountains have been ‘Gorkhalised’ enough to be admitted as secondary members into the in-group, but Madheshis continue to be the ‘other’ in relation to which the Nepali selfhood is defined. The three Madhesh Uprisings since 2007 have tried to correct the anomaly through politics of dignity, but events since the 16-Point Conspiracy (SPC) of June, 2015 have shown that a prolonged struggle lie ahead if unity and integrity of the country is worth saving and have to be saved.

Black Deepawali
The hold of reason and rationality over popular imagination is so strong that it was not just the Madheshi politicos, but even the Indian handlers of PEON decision-makers failed to grasp the full significance of SPC in time. The sole purpose of the SPC compact was to nullify federalism that would have conferred dignified identity to Madheshis. All other provisions were mere ruses to hide the ethnocentric will to dominate, which is the prime moving force of politics everywhere with honourable but temporary exceptions here and there.

Reason alone wouldn’t have made a chauvinistic demagogue like Donald Trump win presidential elections of the most powerful country of the world. The alleged mastermind of Gujrat pogroms has recently swept the polls in the biggest and most populous state of what is called the largest democracy of the world while all that the Iron Lady Irom Sharmila got after 16-years of persistent struggles for civil rights was less than 100 votes on her own home turf. People respond to emotional appeals, not rational arguments.

Actually it’s not just lay voters; it has been shown that the intellectuals of Germany were among the first ones to embrace National Socialism. Apologists of Khadga Prasad Sharma Oli have hoary precedence.

In 2015, Madheshis had expected that framers of the supreme law of Nepal will have the future of the country in mind while it’s glories of the past that ignites passions in uncertain times. The statute was written in the spirit of the SPC: Preservation of PEON supremacy that had self-defined itself as Khas-Arya ethnicity. There is an old adage that implores not to speak ill of the dead. However, history will hold Sushil Koirala responsible for writing the statute with pens dipped in the blood of innocent Madheshis and then promulgating it through ‘fast-track’ bypassing all constitutional procedures, civilized customs and political processes. He could take such an audacious step because the ethnocentric public opinion was in his favor.

When the larger society is whipped up with slogans of patriotism; threats to national unity; hatred of the ‘other’ within the self; admiration of military values and inviolability of security doctrine; and unquestioning obedience of authority; distinction between the State and the Government gets blurred to the point of being non-existent. The idea of law and order gets inverted as orders become law. The National Security State is born.

With a long tradition of Mukhai Kanoon, authoritarianism is built into the governance of Nepal. Times have changed, system has evolved, but practices are still the same. Threats become unnecessary in such situations as compliance, obedience, and conformity are seen as necessary conditions of acceptance into the mainstream. Despite their outspoken opposition to the draft constitution, Nepali Congress lawmakers such as Amresh Kumar Singh and Surendra Prasad Chaudhary queued up on the day of reckoning to sign on the dotted lines. President Rambaran Yadav had voiced his reservations in public, but he dutifully unveiled the contested document on the D-Day.

There was Deepawali in some houses as entire cities and villages of Tarai-Madhesh observed voluntary blackout in mourning on the day of the promulgation of constitution.

Instead of constituting a modern state-nation, the contested statute had succeeded in de-constituting the very idea of a shared future with equality and dignity for all. The hope of a Rhododendron Revolution of 2006 was dead and buried for good. In grief, the Madheshbadi parties called for a Black Diwali in Tarai-Madhesh soon afterwards.

Some responded to the call and allowed only an earthen lamp to flicker in honor of the sacrifice of martyrs of the Third Madhesh Uprising as houses remained enveloped in darkness. A few observed symbolic blackout. A very large section of the population, however, ignored the call and celebrated the event as usual. Cultural practices have deeper roots than political calls. The appeal to abstain from frolicking on Holi may have a similar fate: More honored in the breach than in the observance.

Colorless Fagua
For reasons bound in the myth of contestations between followers of Har (Shiva) and Hari (Vishnu) of divine Hindu triumvirate, Fagu in the mid-mountains of Nepal is celebrated on the day preceding the full-moon night of Falgun month whereas Fagua merriments continue till the evening of the following day in Tarai-Madhesh much as it is marked in the entire Subcontinent. Just as call for Black Diwali went largely unheard, the appeal for colorless Holi today is most likely to be ignored.

A request to observe restrained Fagua would have perhaps given better results. After all, there are noble traditions of mourning the dead with sombre celebrations in almost every religion—that’s what Shradhas of Hindus are all about. In any case, martyrs are heroes that need to be marked with public display of honor; grief of bereavement is a private affair.

The struggles between defenders of Khas-Arya dominance and hegemony on the one side and proponents of ethnic equality and Madheshi dignity on the other are likely to be a protracted one. It will not be possible to prevent people from wishing Happy Eid, Merry Christmas, or Shuv Deepawali for prolonged periods.

BIRGUNJ, Dec 12: Import of mobile phones has jumped by more than five times via the Birgunj customs point. ... Read More...

JUMLA, Oct 8: Mun Bahadur Dangi of Dangiwad village of Jumla never went to school. Neither he had any experience of... Read More...

‘Aandolan’ Takes us back to the difficult times

Kathmandu, April 7: The play is set during the turbulent period of 2006, when people rose against the autocratic rule of... Read More...