KATHMANDU, July 2: When Sarbendra Khanal was the Inspector General of Nepal Police (IGP), Thakur Gyawaly, the current IGP was one of the senior investigating officers deployed to resolve the rape and murder of Nirmala Panta. Both the IGPs had said in interviews in February that the Nirmala case will be a top priority. While Khanal had stated that 'the police has already come to a conclusion on its part and only some legal processes remain for the end result; Gyawaly had asserted that giving justice to Nirmala would be one of his topmost priorities.

Gyawaly is retiring this week. Talking to Republica on Tuesday, he said that the coronavirus pandemic has kept Nepal Police busy, overshadowing the Nirmala rape and murder case. When reminded that the police have been investigating other cases at a normal pace, Gyawaly stated that 'wrapping up the case was not given due attention'. 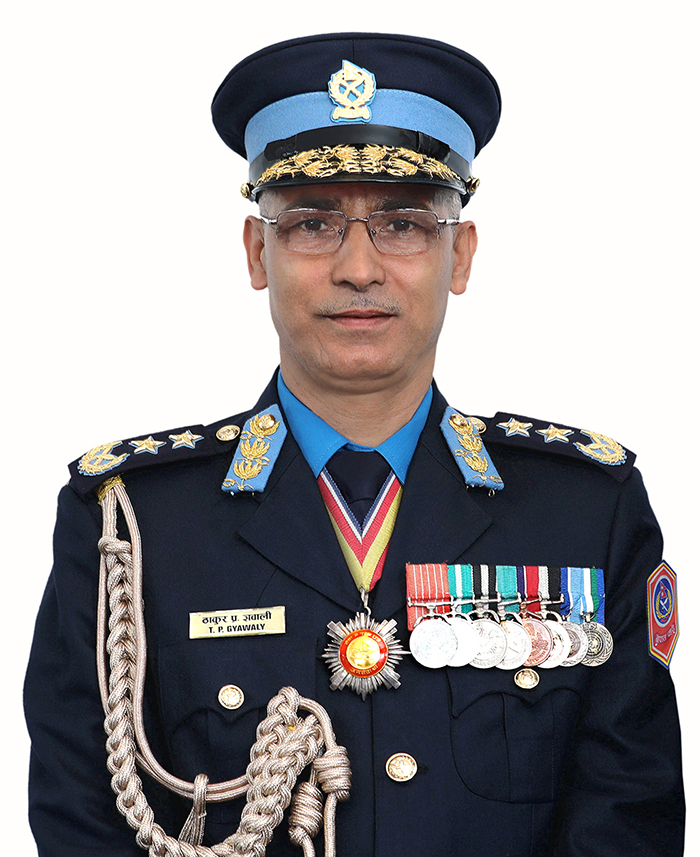 This has disheartened Nirmala's mother, Durga Devi. According to her, the culprit is roaming free and the state mechanism is not eager to arrest him. "I was also in the dark. I thought he was innocent. But after watching his videos, and getting to know him more, we gathered more information. I have been saying that he's the one; I filed a case against him. But why have they not taken this seriously? If my reading and intuition is wrong and there's some other man behind this, let them bring that person to me!" she challenged. Speaking to Republica over the phone on Wednesday, Durga Devi stated that she and her two daughters feel vulnerable as 'the man behind the crime' fearlessly roams around her house.

By 'he', Durga Devi meant a local of Kanchanpur, Dilip Singh Bista, 42. Her firm stand against Bista over time not only irked some activists who wanted a ‘VIP criminal’ to pop up in the case, her relationship with her estranged husband soured. He has been living with his second wife for over a decade. After Yagyaraj, her husband, thrashed and beat her for wanting to take compensation from the government six months after the incident, the two have rarely spoken to each other.

Nirmala's dead body was found on a sugarcane field on July 27, 2018 in Kanchanpur, a few kilometers away from her house. She was last seen alive at her friend's house (Bam family) where she had gone for a group study a day before the tragedy. The police soon made public Bista as the prime suspect. But his DNA report did not support the claim. On the other hand, Nirmala's father Yagyaraj Bista's brother Khadak Singh and a local reporter Khem Bhandari, among others, accused the police of framing Bista, who 'does not even look straight into a girl's eyes, let alone touch her'. This triggered protests in Kanchanpur. Tensions grew when Sunny Khunna, 17, died and Arjun  Bhandara, 20, was severely injured in police firing on August 24.

Things worsened as 'Manaskhand', a local newspaper, owned by Bhandari ran one after another misleading stories that demonized Bam sisters and the local police. The stories spread like a wildfire on digital platforms; protests across the country rocked the nation. Several investigation committees were formed, police personnel faced departmental actions for 'administrative negligence', and the protesting party that included Durga Devi filed a case against eight police personnel 'for tampering with evidence'.  Over time, fabricated stories were exposed.

Bista, the accused, was never a man who could stay away from girls. His suppressed sexual tendencies often resulted in abnormal behaviors. He lamented that girls don't come to him; his marriage has not been arranged yet. "My brother doesn't care; perhaps he fears that he has to share the land," Bista told this during a conversation with a freelance journalist Umesh Shrestha, who did a series of in-depth reporting in Nirmala case and posted youtube videos of the same.

For months since the incident, police were trying to match the DNA of suspects to the sample collected from Nirmala's vaginal swab. The DNA tests proved them wrong.

The National Human Rights Commission then questioned the validity of the male DNA found in the swab itself. A team of experts, led by Jiwan Rijal, reported technical flaws. The police finally ruled out DNA as a proof and turned to circumstantial evidence. This, once again, dragged Bista to the case. Moreover, after the police headquarters in February scrapped the report of the investigations led by AIG Dhiru Basnet, which showed Bista as an innocent man and pointed figures toward the investigating officers, the case took a different turn. The headquarters directed the Kanchanpur District Police to follow the new investigation report prepared by a review committee under the leadership of DIG Suraj KC. This was a twist in the story, and Nirmala's mother was hopeful for justice.

"Nirmala's mother went through unimaginable pains. If it's anyone that needs justice, it is Durga Devi. If justice prevails, her two daughters and she will see a new dawn. But the police and the lawyers are dilly dallying, I do not know why," said a local activist Maya Negi, who has known Durga Devi for a long time. "I feel that this case can be solved with determination. Both the police and the legal agency should have that deep urge to deliver justice. Blaming the pandemic for the delays is a lame excuse," she added.

KATHMANDU, Jan 21: A large mass of protesters gathered at Maitighar Mandala in the capital on Saturday, demanding action against... Read More...

DAMASCUS, Syria, March 15:  A suicide bomber detonated his explosives' vest inside the main judicial building in the Syrian capital on... Read More...

Complaints galore in pursuit of justice

KATHMANDU, June 30: The registration of complaints at the Truth and Reconciliation Commission (TRC) has invariably gone up in pursuit... Read More...

50,000 metric tons of wheat required to address shortage
19 minutes ago