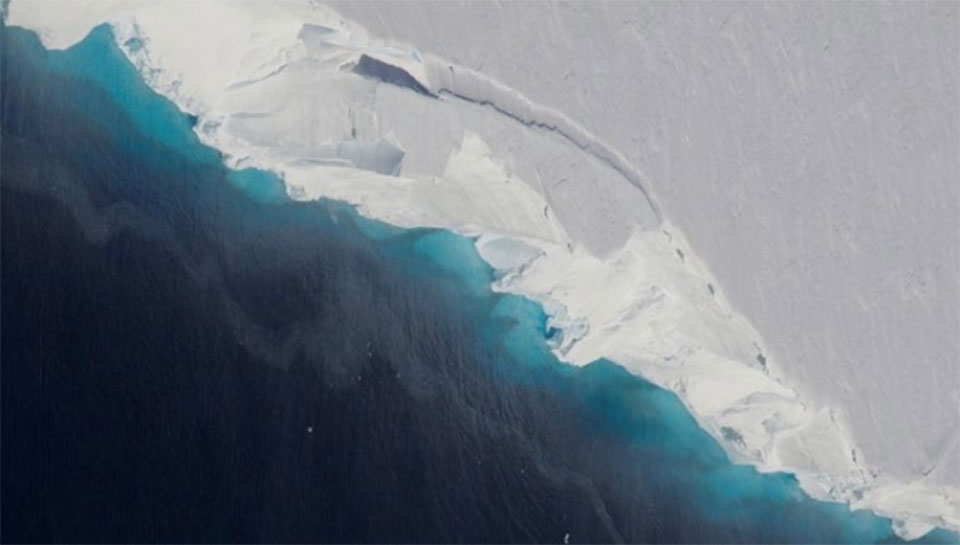 WEST ANTARCTICA, Jan 31: A hole the size of two-thirds of Manhattan and 1,000 feet deep has been found in a glacier in Antarctica.

The giant cavity is growing at the bottom of Thwaites Glacier in West Antarctica, according to a NASA-led study.

Researchers believe 14 billion tons of ice under the glacier has melted over the past three years.

Scientists were surprised by the size of the hole under the glacier and how fast the ice is melting.

"[The size of] a cavity under a glacier plays an important role in melting," lead author Pietro Milillo said. "As more heat and water get under the glacier, it melts faster."

Thwaites Glacier is about the size of Florida and is currently responsible for about 4 percent of global sea level rise, according to NASA. “It holds enough ice to raise the world ocean a little over 2 feet and backstops neighboring glaciers that would raise seas levels an additional 8 feet if all ice were lost, NASA said in a press release.

Scientists are calling for more research on the underbellies of Antarctic glaciers to better predict how much and how fast sea levels will rise as a result of the melting polar regions.

OSLO, Jan 15: Antarctica’s annual ice losses have accelerated six-fold in the past 40 years in a trend that could... Read More...

What will South Asia look like after the pandemic?
12 hours ago