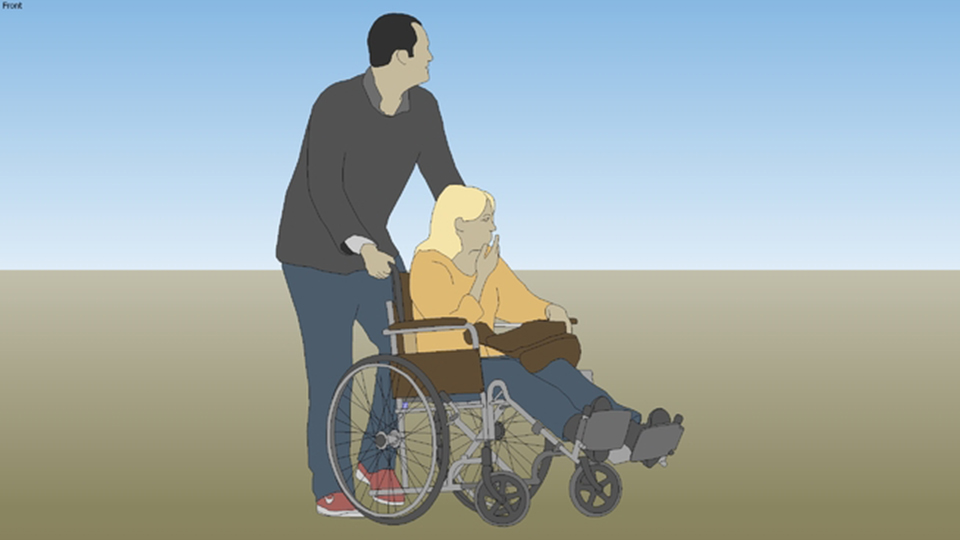 The forms of violence to which girls with disabilities are subjected to in rural Nepal are many.

But Nepal has made an important achievement by accepting the United Nations Sustainable Development Goals (SDGs), the Convention on the Rights of Persons with Disabilities (CRPD), and the Convention on the Rights of Child (CRC), all significant international documents that guarantee the rights of girls with disabilities.
The forms of violence to which girls with disabilities are subjected to are many, including physical, psychological, sexual and financial violence, neglect, social isolation, entrapment, detention, denial of health care and forced sterilization and psychiatric treatment.

The situation is worse for girls with disabilities in remote mountainous areas where there are extreme challenges to access to public services, goods and transport. Rural girls with disabilities have less access to resources, training and skill development due to high illiteracy, negative stereotypes and their overall poor socioeconomic status.  For example, in some rural areas of Nepal, girls during their menstruation are kept in an isolated shed as it is feared that if a menstruating girl touches a man or a plant or even an animal, she brings ill omen. This superstitious belief encourages them to leave school.

In the developing world, girls from rural areas are particularly disadvantaged, with the lowest levels literacy and education. Rural girls are predominantly deprived of access to health care. Girls with disabilities have no independent means of livelihood, and thus depend on others for their economic survival. The innumerable issues that confront girls with disabilities are more prominent in rural areas due to inaccessible environments and lack of services, poor information and awareness, and low education and income, resulting in their extreme isolation and invisibility. Rural girls with disabilities have even lower levels of education, employment, and healthcare, all contributing to greater gender-based violence.

Girls with disabilities experience violence at home from partners or other family members, or from caregivers. When they seek assistance from police or other members of the community, their complaints may not be taken seriously due to old stigma and stereotypes. Moreover, barriers to access justice for girls with disabilities complicate their ability to seek equality and protection.

The Convention of the Rights of the Child (CRC) Article 19 (1) discusses violence against children. It states: “States Parties shall take all appropriate legislative, administrative, social and educational measures to protect the child from all forms of physical or mental violence, injury or abuse, neglect or negligent treatment, maltreatment or exploitation, including sexual abuse, while in the care of parent(s), legal guardian(s) or any other person who has the care of the child”.

But, in Nepal, lack of clear legislation that addresses the plight of multi-disadvantaged girls in remote areas is the main stumbling block. Without it, law enforcement agencies may not be able to act to prevent discrimination against girls with disabilities and other marginalized children. Being a party to several international rights instruments, Nepal should prioritize policies to reform discriminatory laws to include all children regardless of their individual difficulties.

The author is a lawyer specializing in disability rights

A Tale of Kathmandu’s Forgotten Parks

KATHMANDU, Nov 13: The capital city of a country exercises a primary status as it seats the central government and drives... Read More...

Cabinet meeting at 3 PM
6 hours ago

Cabinet meeting at 3 PM
6 hours ago

Central Zoo closed for a week
10 hours ago