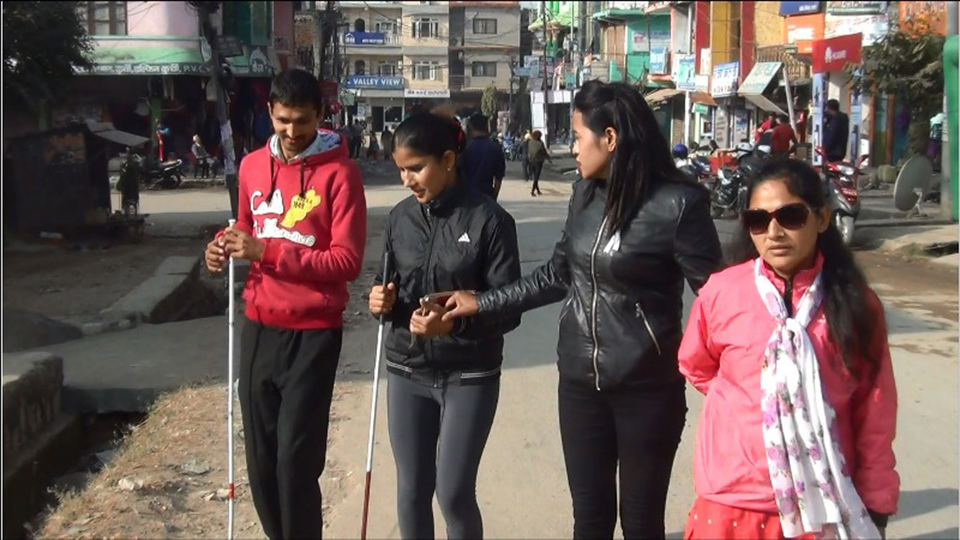 Placing persons with disabilities under guardianship is a violation of human rights, it is unfair and unnecessary.

Persons with disabilities are entitled to vote if they are not deprived of legal capacity. But they face a number of obstacles during the voting process. Often there are no measures to ensure that they get to vote.

For example, there are reports of misuse of votes of persons with intellectual and psychosocial disabilities, visually impaired, and wheelchair users in most recently held provincial and federal parliament elections. In some cases, their votes are found to have been misused by their own relatives.  Political parties have yet to campaign or provide policy information on mental disability people; including their citizenship rights, improving the education system, and regulation of the welfare.

Admittedly, situation of persons with disabilities in developing countries like Nepal has improved in recent years. But some problems still remain. A wide range of barriers prevent people with intellectual disabilities to exercise their legal rights on an equal basis with others. Most prominent ones are those created by plenary and partial guardianship laws. This means the deprivation of legal capacity and guardianship still exists in Nepal, which shows that our legislation is not yet in line with the provisions of Convention on the Rights of Persons with Disabilities (CRPD), as well as with international and national anti-discrimination legislation.

Legal capacity is a person’s power to act within the framework of the legal system. Equal recognition before the law is a pre-requisite for the accomplishment of all rights.  Failure to recognize persons with disabilities as persons who are able to exercise legal capacity has legal consequences, and this renders these individuals incapable of engaging in transactions or in a court process, which makes it impossible for them to file a suit and participate on equal footing with others. It denies them the right to vote, to get married, to have a job, to perform different actions related to property, engage in contracts for different purposes among others.

This, in turn, makes the people with disabilities unable to live an independent life since often persons deemed incapable of acting are placed in centers or hospitals on request of their guardians. Placing them automatically under guardianship means removal of the rights in practice—the inability to exercise fundamental rights.

Placing persons with disabilities under guardianship is now considered a violation of human rights because this is unfair and unnecessary action, as it presumes that the person is incapable in all areas of life. There are mechanisms that can equally provide for support and protection without restricting fundamental human rights. Instead of assuming that people with disabilities are lacking legal capacity due to the nature of a medical problem, the CRPD recognizes that everyone has the right to exercise legal capacity by virtue of their identity as a human person.

Placing a person under legal guardianship is an extreme measure that restricts rights, more than it prohibits or prevents the abuse of persons who are placed under the care of a guardian.

Article 12 of CRPD provides that “state parties shall recognize that persons with disabilities enjoy legal capacity on an equal basis with others in all aspects of life.” Article 12 makes clear that people with disabilities, long denied the right to make even basic decisions about their lives, have the same right to make decisions about their personal lives, health care and property as any other citizen. For people with intellectual or psychosocial disabilities in particular, this Article is of paramount importance.

Self-empowerment and self-determination are fundamental calls of the disability rights movement. Centuries of confinement and separation, combined with scientific, ethical and legal justifications for their exclusion based on assumptions made about mental capacity, has naturalized the idea that people with intellectual or psychosocial disabilities especially are of a lesser moral status than other human beings.  The legacy of long-term exclusion in laws, policies and practices in virtually every sector of society results in denial of equal legal status—whether this be denial of the right to vote, the right to make one’s own health care and reproductive choices, or the right to control one’s person and property.

Thus, the CRPD affirms that all persons enjoy the right of equal recognition before the law. Recognition of equality before the law is a principle of international law and the implementation of this principle is indispensable in the exercise and enjoyment of all human rights.

In countries like Nepal, the existing approaches towards persons with disabilities are entirely based on the medical model and on the paternalistic concept of guardianship. These should change.

The author is disability rights lawyer

ILAM, July 5: Gone are the days when only Brahmins could read Sanskrit, only Janajatis could pursue Buddhist education and... Read More...

KATHMANDU, Oct 11: It has been disclosed that a significant number of MBBS and BDS (Bachelor in Dental Surgery) students are... Read More...

Breaking the Bracket: Program for young and emerging Nepali writers

KATHMANDU, March 26: Breaking the Bracket, a writing program, has invited young and emerging writers from Nepal to be a part... Read More...

Nepse inches up 4.97 points, while daily turnover amount dips to Rs 1.76 billion on Wednesday
57 minutes ago