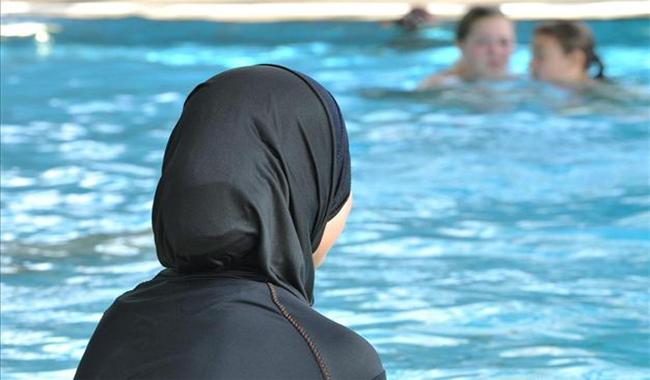 The European Court of Human Rights (ECHR) accepted that the refusal by Swiss authorities to exempt the couple's two daughters from the compulsory lessons interfered with their freedom of religion.

But the interference, it ruled, was justified by the need to protect the children from social exclusion.

School has become the focal point in several high-profile battles between Swiss authorities and Muslim families who say their religion prevents their children from participating in some mixed activities.

Last year, a high-profile case involving Muslim pupils in the northern canton of Basel refusing to shake hands with their female teachers caused an uproar.

School plays "a special role in the process of social integration, particularly where children of foreign origin were concerned," the ECHR, which is based in the French city of Strasbourg, said.

Swimming lessons are "not just to learn to swim, but above all to take part in that activity with all the other pupils", it added.

Several parents in Switzerland have incurred fines in recent years for keeping their daughters home from obligatory swimming lessons.

The case in Strasbourg was brought by Aziz Osmanoglu and his partner Sehabat Kocabas, a Turkish-Swiss couple living in Basel, who were among a handful of parents fined in 2010 for refusing to allow their daughters to take part in swimming lessons. All of the girls concerned were aged under 10.

Osmanoglu and Kocabas argued that forcing their daughters -- aged seven and nine at the start of the dispute -- to attend classes that included boys until they reach puberty violated their faith.

The couple unsuccessfully appealed the fine through the Swiss courts, after which they took their case to Europe's rights court.

The ECHR found the authorities had tried to accommodate the parents' beliefs by, for instance, allowing the girls to wear the full-body "burkini" swimsuit.

The fine of 1,400 Swiss francs (around 1,300 euros or $1,375) imposed on the couple, after a warning, was "proportionate to the aim" of getting them to comply with the regulation, the court added.

The ECHR examines alleged violations of the European Convention on Human Rights. The couple has three months to appeal the decision.

The case comes against the backdrop of an acrimonious debate in Europe over the place of Islam in public life that has been fuelled by an unprecedented migrant influx largely from the Middle East, and the radicalisation of marginalised Muslim youths, thousands of whom have been drawn to extremist groups like Islamic State.

In September, Switzerland's lower house narrowly approved a bill banning the burqa nationwide -- a first step towards outlawing the full-face veil that could eventually be put to a referendum.

Last summer, several towns in neighbouring France, which already has a burqa ban, banned burkinis before being forced by the Council of State to repeal the measure.

KATHMANDU, March 14: The number of girl  students in Grade 10 across the country is higher than boys, indicating a... Read More...