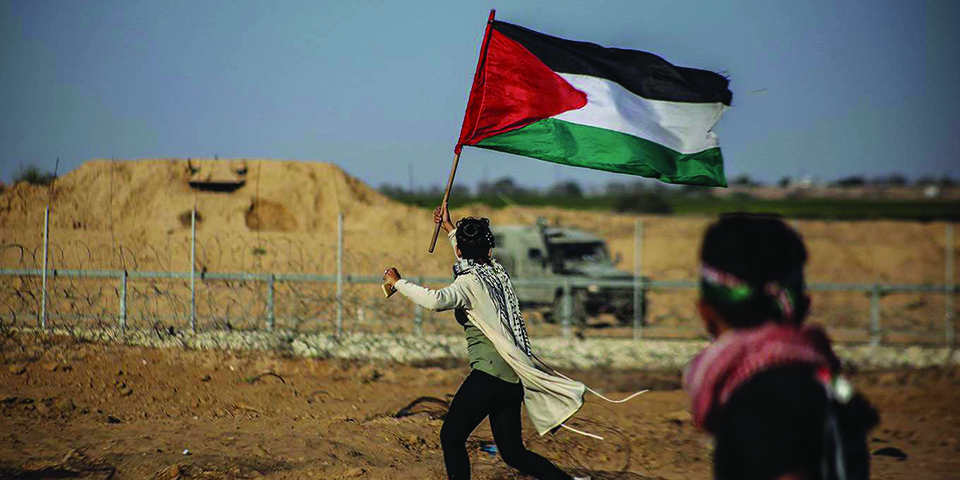 TEL AVIV – Israel is approaching another parliamentary election, and Palestinians have barely been mentioned. The vote comes at a time when the United States is pushing its poorly conceived economy-focused Peace to Prosperity plan. With the Israeli-Palestinian conflict no longer undermining Israel’s economic prosperity or global standing, it has all but fallen off the domestic political agenda.

Next month’s parliamentary election will be Israel’s second this year. After the first, held on April 9, Prime Minister Benjamin Netanyahu—whose Likud party won 35 out of 120 seats—  failed to create a governing coalition. Barely a month after the parliament was sworn in, its members voted to dissolve it.

That failure had nothing to do with Palestine. Netanyahu lost the support of part of his right-wing alliance over a disagreement on a military draft law (relating to an exemption for ultra-Orthodox Jews). And he was unable to get the main centrist opposition party, Blue and White, to work with him, owing largely to his expected indictment on charges of bribery, fraud, and breach of trust.

As for the somnolent election campaign that is now underway, its only brief moments of vitality have been brought by corruption-related smears and other ad hominem attacks, mostly relating to Netanyahu and his family’s “kingly” behavior. Blue and White—which poses the most serious challenge to Likud’s rule—is focusing on the fight against Hamas in Gaza, which it claims it can manage more effectively than Likud. Even the Labor Party, the presumed inheritor of former Prime Minister Yitzhak Rabin’s peace-building legacy, is running on domestic “social issues.”

The Israeli public shares this lack of interest in the Palestinian issue. Last month, Netanyahu’s pledge, made at a ceremony marking the 40th anniversary of the Samaria Regional Council, that Israel would “forever control the entire land down to the Jordan River” barely elicited a reaction.

This partly reflects disillusionment with the peace process: a 2018 poll found that 81 percent of Israeli Jews do not believe a two-state solution is viable. But it also underscores the extent to which Israel has escaped any consequences for its treatment of the Palestinians, including its cavalier defiance of the 2002 Arab Peace Initiative.

As Europe remains preoccupied with its own challenges, the US under President Donald Trump has become more uncritically supportive of Israel than ever. At Trump’s urging, Israel initially decided to deny entry to two Muslim US congresswomen, Ilhan Omar and Rashida Tlaib, over their support for the Boycott, Divestment, and Sanctions (BDS) movement, which protests Israel’s treatment of the Palestinians.

That decision was perfectly in keeping with Netanyahu’s portrayal of BDS. As the movement has gained support in the US and Europe in recent years, Netanyahu has been at pains to portray it as a global juggernaut hellbent on destroying the Jewish state. Yet, in truth, the movement has had only a marginal effect on Israel’s expanding global economic and political clout.

In fact, with its innovative economy and high-tech military industry, Israel has become an indispensable partner for countries in the region and beyond; it is regularly courted by powers like China for its technological prowess. And with the discovery of massive natural-gas fields in the eastern Mediterranean, it no longer has to depend on unstable, largely unfriendly neighbors for fuel supplies.

At the same time, those neighbors are becoming somewhat less unfriendly—or, at least, less interested in the Palestinian issue. Their own formidable challenges— including large and frustrated youth populations, tenacious terrorist movements, and regional proxy wars—leave them with little impulse to fight for the Palestinian cause.

Even Palestinians themselves seem to be losing vigor in the battle against their occupier, their energies drained by the struggle between the Palestine Liberation Organization, which controls the West Bank, and Hamas, which controls Gaza. Uncertainty surrounding the impending end of Palestinian President Mahmoud Abbas’ long tenure only weakens the Palestinian position further.

Never before in Israel’s history has it been able to develop a foreign policy so free of the Palestinian issue. This could portend a significant escalation in Israel’s territorial grabs. In the past, Netanyahu has exercised just enough restraint in approving new settlements to avoid excessive political blowback, even if it meant disappointing his far-right allies, who dream of annexing most of the West Bank.

With the two-state solution virtually dead and the international community having largely abandoned the Palestinian cause, there is little stopping Israel from cementing the one-state reality that its right-wing government has long sought, regardless of whether that leads to a permanent civil war. But that is precisely why the Israeli-Palestinian conflict should be at the forefront of the current election campaign. There should be a large-scale effort to educate the Israeli public about the consequences of staying on the current path, and about the quotidian violations of Palestinians’ human rights. Politicians should be forced to answer the question US President Lyndon B. Johnson asked then-Israeli Prime Minister Levi Eshkol in 1968: “What kind of Israel do you want?”

Instead, Israel—seemingly convinced that Palestinians will always be history’s victims and Israelis its victors—is offering only complacency. Will it take a regional cataclysm to humble the country? With Israel ramping up its challenges to Iran—including by providing the US with intelligence about potential Iranian attacks, and by launching strikes against Iran-backed militias in Syria and Iraq—it might not be long before we have an answer to that question.