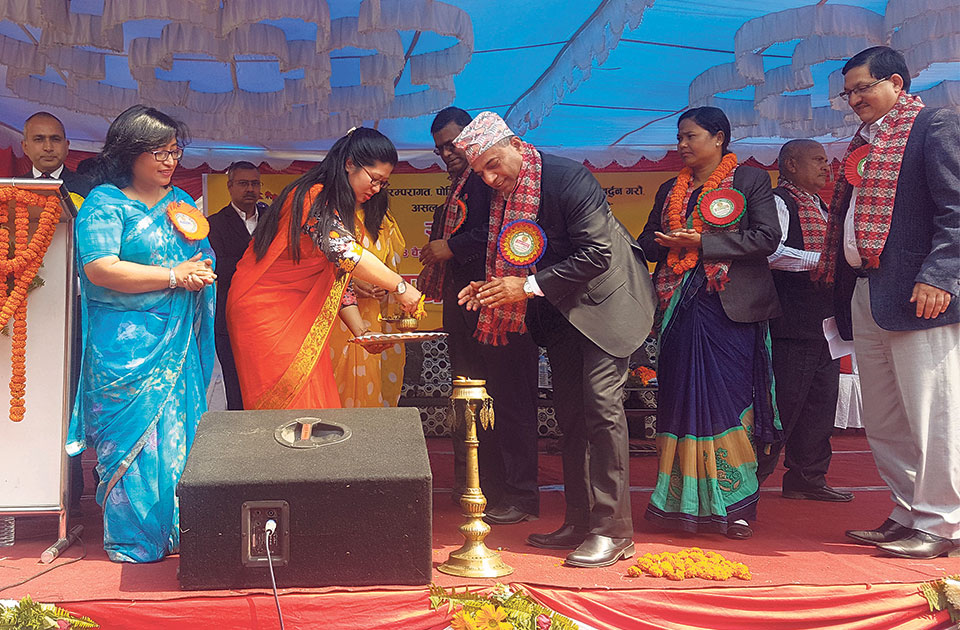 KATHMANDU, March 24: The youth population of today is more inclined to eat junk food or ready-made fast food. This not only raises a major concern for health, but also threatens the existence of authentic Nepali food as city dwellers have been opting for foreign cuisines.

Considering this situation, the Department of Food Technology and Quality Control (DoFTQC), in cooperation with Nepal Food Scientists and Technicians Association, is organizing the third edition of a food festival with the theme: "Promote traditional nutritious and local food products: Improve eating habit for good nutrition."

The fair, entitled 'Khadya Mela-2074' kicked off at Bhrikuti Mandap in Kathmandu on Friday. It will continue through the weekend.

The fair features a plethora of food items coming from different parts of the country, representing different ethnic groups and cultures such as Newari, Tamang, Tharu etc.

The fair also provides an opportunity for the visitors to learn about nutritional value of different food items.

Different stalls at the fair showcase agricultural products from different parts of the country, such as tea and coffee  from eastern Nepal and wall-nut and apples (both fresh and dried) from Jumla.

At the opening ceremony of the fair, director general of the department, Sanjeev Kumar Karn, stated: "A portion of the Nepali population suffers from malnutrition due to lack of awareness about the nutritional qualities of locally available food. This must be mitigated at the earliest."

He further stated: "The young generation living in large cities such as Kathmandu is unaware of the existence of different food grains such as millet and buckwheat, which are rich in nutrients and serve as a staple food for people residing in the hills.

According to Karn, food festivals like these will allow city dwellers to taste products produced in different parts of the nation.

After inaugurating the fair, Minister for Agriculture, Land Management and Cooperatives, Chakrapani Khanal, stated: "The people of each corner of the nation must be made aware about the nutritional aspect of food. It is the government's responsibility to do so whether it be via awareness programs or other means."