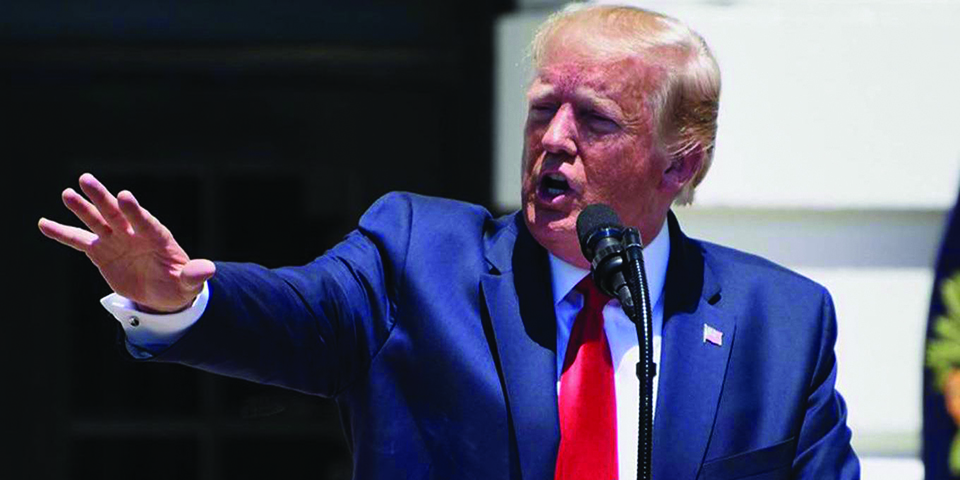 Notwithstanding all the criticism of China in the West, progress on the road to the Next China actually has been quite extraordinary over the past dozen years

NEW HAVEN – This will be the tenth year that I have taught a course at Yale called “The Next China.” The course focuses on modern China’s daunting economic transitions. It frames the moving target that eludes US President Donald Trump’s administration, which is taking dead aim at the Old China (a convenient target for a leader who wants to resurrect Old America). The incoherence of Trump’s trade and economic policies, with all their potentially grave consequences for the global economy, is a destabilizing byproduct of this disconnect.

My course starts with the urgency of the challenges addressed by Deng Xiaoping in the late 1970s. But its main focus is how the resulting Chinese growth miracle presents President Xi Jinping with four transitional imperatives: the shift from export-and investment-led growth to an economy driven increasingly by domestic private consumption; the shift from manufacturing to services; the shift from surplus saving to saving absorption in order to fund the social safety net desperately needed by China’s rapidly aging middle class; and the shift from imported to indigenous innovation, which ultimately will be decisive for China’s goal of being a “moderately well-off society” by the middle of this century.

The confluence of these four transitional challenges would be daunting for any country. That is especially true for China, with its blended political economy—the so-called socialist market system, with an ever-changing balance of power between the Communist Party and a vibrant private sector. It is a very tricky balancing act, to be sure.

I date the pivotal point on the path from Old China to the Next China to early 2007, when then-Premier Wen Jiabao correctly diagnosed the high-flying Chinese economy of the time as increasingly “unstable, unbalanced, uncoordinated, and unsustainable.” The Four Uns, as they famously came to be known, sparked a vigorous internal debate in China that led to major rethinking of the Chinese economic-growth model and a series of new strategic plans and reforms – the 12th and 13th Five-Year Plans (of 2011-15 and 2016-20, respectively) and the so-called Third Plenum Reforms (of late 2013).

Notwithstanding all the criticism of China in the West (to say nothing of the bipartisan political angst now boiling over in Washington, DC), progress on the road to the Next China actually has been quite extraordinary over the past dozen years. The middle-class Chinese consumer has come to life, and the services sector has emerged as an increasingly powerful growth engine. China’s outsize current-account surplus has all but vanished, a trend that is crucial to the saving absorption that its domestic economy requires. And the signs of indigenous innovation are everywhere, from e-commerce and fintech to artificial intelligence and breakthroughs in the life sciences.

True, like all sagas of economic development, China’s progress since 2007 has been uneven at times, and new challenges have emerged along the way. Wen’s Four Uns provide a useful way to frame the pitfalls that still lurk. Instability remains an ever-present threat, underscored by China’s voracious appetite for debt, which has sparked an aggressive deleveraging campaign aimed at avoiding the dreaded Japan syndrome. Imbalances persist, underscored by private consumption’s sub-40 percent share of Chinese GDP—a shortfall that can be addressed only by a more robust social-safety net (especially pensions and healthcare). Persistent regional disparities, in conjunction with mounting income inequality, are visible manifestations of a lack of coordination. And, of course, despite recent progress in dealing with air pollution, environmental degradation remains central to China’s challenging sustainability agenda.

But the trade conflict with the United States is a new and important sustainability challenge for China. Despite years of denial, there can no longer be any doubt that the US is pursuing a containment strategy vis-à-vis China. From an ever-escalating tariff war and the weaponization of trade policy by blacklisting leading Chinese technology companies, to Trump’s “order” to US companies to cease doing business with China and Vice President Mike Pence’s declaration of a new Cold War, the US political establishment has swung dramatically from viewing China as an opportunity to regarding it as an existential threat. And public sentiment has followed suit. A recent survey by the Pew Research Center found that fully 60 percent of Americans had an unfavorable view toward China—up 13 percentage points from 2018 and the most negative assessment of China since the Pew survey’s inception in 2005.

Forget about whether this about-face is justified. I am less concerned than most about the so-called China threat, but I understand the fear and anxiety that grips the doubters. The real problem is less the merits of the allegations than the deep inconsistencies of Trump’s policies to address them.

An anger-driven US president doesn’t seem to grasp that bilateral trade implies the possibility of prompt retaliation when one side imposes tariffs on the other. Nor does his administration show any understanding of the linkages between ever-expanding budget deficits, subpar domestic saving, and multilateral trade imbalances. On the contrary, it has embraced a China-centric bilateral fix for a multilateral problem just when America’s own lack of fiscal discipline virtually assures a widening trade deficit with the world at large.

And rather than view Huawei as a legitimate competitor in 5G telecommunications, Trump wants to put a chokehold on China’s leading tech company. Never mind the resulting value-chain disruptions, which would do great damage to US suppliers, or that targeting Huawei does nothing to address America’s own glaring lack of 5G capability.

Reminiscent of Don Quixote, Trump is tilting at windmills. His administration is flailing at antiquated perceptions of the Old China that only compound the problems it claims to be addressing. Financial markets are starting to get a sense that something is awry. So, too, is the Federal Reserve. Meanwhile, the global economy is fraying at the edges. The US has never been an oasis in such treacherous periods. I doubt if this time is any different.

Stephen S. Roach, a faculty member at Yale University and former Chairman of Morgan Stanley Asia, is the author of “Unbalanced: The Codependency of America and China”

The US economy’s current strength appears fleeting. China is in the opposite position ... Read More...