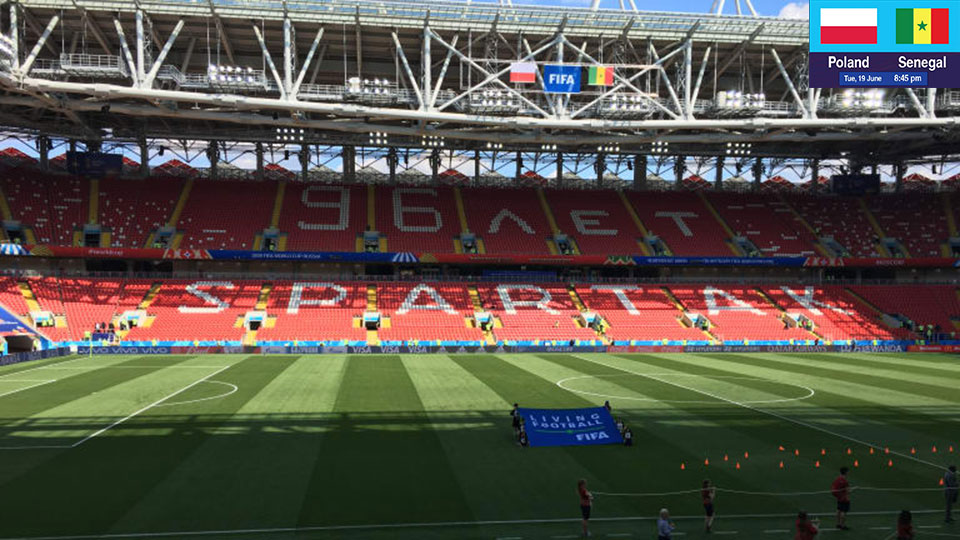 At their first ever FIFA World Cup in 2002, Senegal defeated defending champions France in their opening match and went on to make the quarter-finals, before going down to a golden goal against Turkey. That team wrote footballing history for the country, and the new generation – featuring Liverpool’s Sadio Mane – will be looking to add another chapter. The captain 16 years ago – Aliou Cisse – has also gone on to become the coach.

The Lions of Teranga will be eager to show their claws against a Poland team that was desperately unlucky to go out in the quarter-finals of UEFA EURO 2016 on penalties. Adam Nawałka’s charges are back at the World Cup after a 12-year absence and all eyes will be on Robert Lewandowski, who scored no fewer than 16 goals in the qualifying phase plus another three in two warm-up matches ahead of Russia 2018. His face appears on stamps back in his homeland, and he will be looking to shine on his World Cup debut in Moscow’s Spartak Stadium.

Team reporter analysis
Poland have always made it through the group stages of the World Cup when they get at least a point in their opening match (1974, 1978, 1982, 1986), but when they have lost their opener, they have gone no further (2002, 2006). No surprises then that the coach and the players are underlining the importance of this match against Senegal. With Robert Lewandowski (and his 55 international goals) in the team, there is plenty of hope that Adam Nawałka’s men will get to play more than three matches in Russia. -Piotr Kozminski with Poland

Sixteen years after their first and only appearance to date, the Lions of Teranga are back on the World Cup stage after finishing their qualifying group ahead of South Africa, Cap Verde Islands and Burkina Faso. Aliou Cisse has put together a team with physical presence in the shape of Mame Diouf, Kalidou Koulibaly and Cheikhou Kouyate, and technical prowess with the likes of Idrissa Gueye and Keita Balde, as well as being strong down the flanks. -Cynthia Nzetia, Senegal

Did you know?
At 42, Senegal’s Aliou Cisse is the youngest coach at this World Cup.