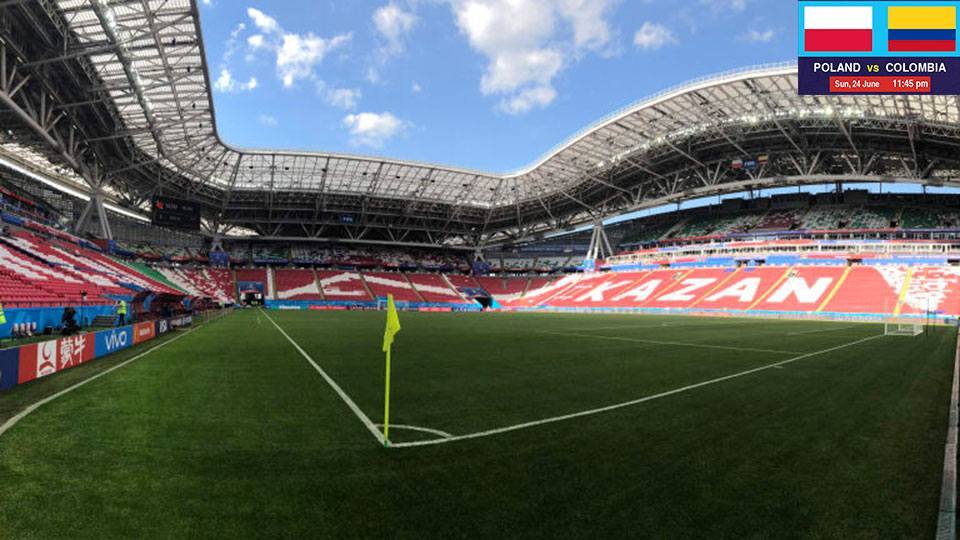 Both Poland and Colombia started the 2018 FIFA World Cup  with painful defeats, losing to Senegal and Japan respectively in Group H. Now they meet for the first time ever at a global showpiece and go into their Matchday 11 clash in Kazan with their backs to the walls.

Poland will be particularly keen to stamp out the individual errors that made life hard for themselves in their opening game, and coach Adam Nawalka is expected to make a couple of changes to his starting line-up in order to steer his charges back on track. They will be looking to get Robert Lewandowski on the scoresheet, as Poland have not won since UEFA EURO 2016 when the forward has failed to find the target.

For Colombia, James Rodriguez is likely to return to the side after the Bayern Munich star was only brought off the substitutes' bench in the first game against Japan. It will be Los Cafeteros' 20th World Cup fixture and they will be hoping to keep all 11 players on the pitch this time after Carlos Sanchez picked up the second-fastest red card in World Cup history when he was sent off in the third minute against Japan.

Team Reporter Analysis
Poland have never made it beyond the group stage when they have lost their first World Cup match – they returned home at the first hurdle in 2002 and 2006 – but are hoping it will be the third time lucky at Russia 2018. The players say the key will be to avoid making the same kind of individual errors that led to the defeat against Senegal. Furthermore, the Poles will seek to give greater service to Lewandowski so that he can do what he does best: score goals. - Piotr Kozminski with Poland

Colombia are confident and determined to get back on track in Russia. "I want to win and on Sunday we'll do everything we can to get the three points," said Radamel Falcao. "It'll be like a final." Poland like to have possession and patiently probe for openings, so Colombia will need to close the gaps and prevent their dangerous wingers getting into the penalty box, where Lewandowski will be lurking. Los Cafeteros will have to be clinical themselves and take advantage of any opportunities that come their way. - Alejandra Rueda with Colombia

Did you know?
Poland coach Nawalka earned his 34th and final cap for the Bialo-czerwoni (The White and Reds) against Colombia. It was the first-ever meeting between the sides, and one Poland won 4-1. 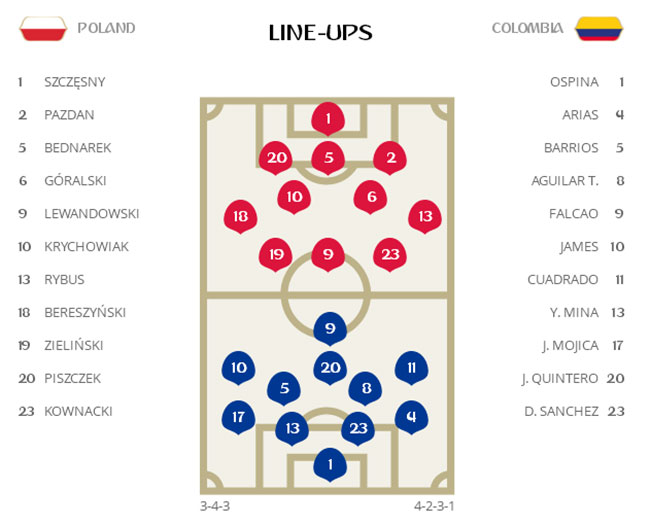 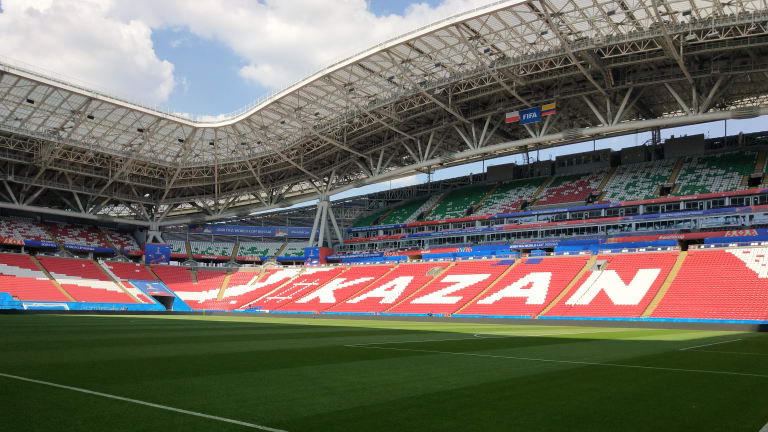