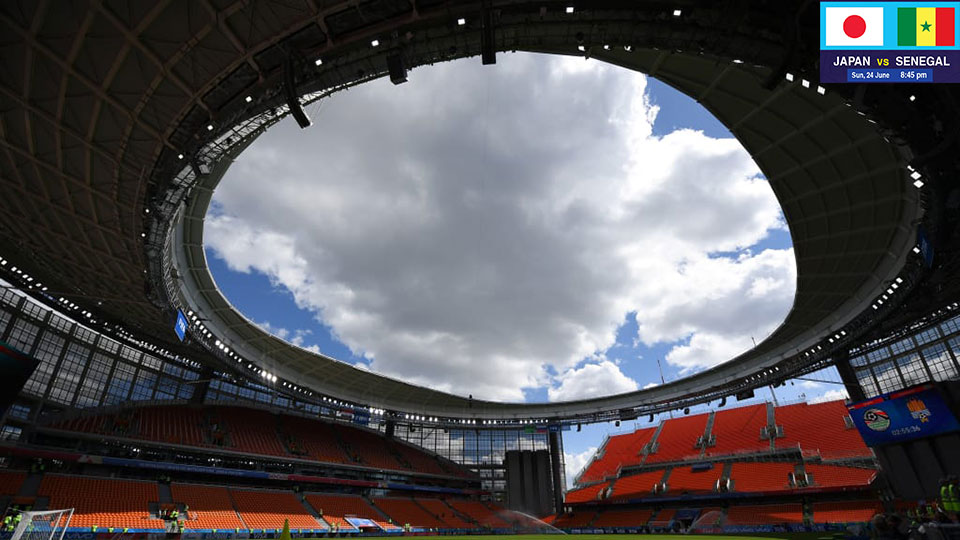 Japan and Senegal head into a decisive encounter in Ekaterinburg which is key to not just their own Russia 2018 ambitions, but for the final outcome of Group H. For many, the pair’s shared grip on top spot is a surprise with both Colombia and Poland now having very little room for error.

Japan were impressive in their 2-1 win over Colombia, even if the vanquished played virtually the entire match with ten men.  Any question marks raised by the eleventh-hour appointment of coach Akira Nishino were cast aside thanks to a confident showing from Samurai Blue.

Senegal were equally self-assured in a well-earned 2-1 victory over Poland. Another win here and Senegal will be on their way to replicating the glory forged by the nation’s iconic Class of 2002.

Team reporter analysis
“Japan coach Nishino will probably choose the same starting line-up as the last match against Columbia, which would mean Keisuke Honda remaining on the bench. Defender Gen Shoji, who was surprisingly chosen to partner Maya Yoshida, enjoyed a strong World Cup debut. Japan will need to make sure they match Senegal’s work ethic and spirit, and Nishino stated “Japan’s strength is unit play". - Hidetoshi Suzuki with Japan

“One thing is for sure. The winner of this match will have almost certainly booked their ticket for the Round of 16. The Senegalese showed a combination of disciple and adventure against Poland. And the Lions of Teranga will have to retain that same attitude against the Japanese, as well as being more clinical in the penalty area.” - Cynthia Nzetia with Senegal

Did you know?
Senegal are undefeated in group-stage matches at the FIFA World Cup™. Their four-match unbeaten record is now one clear of the mark set by Germany DR and Wales. 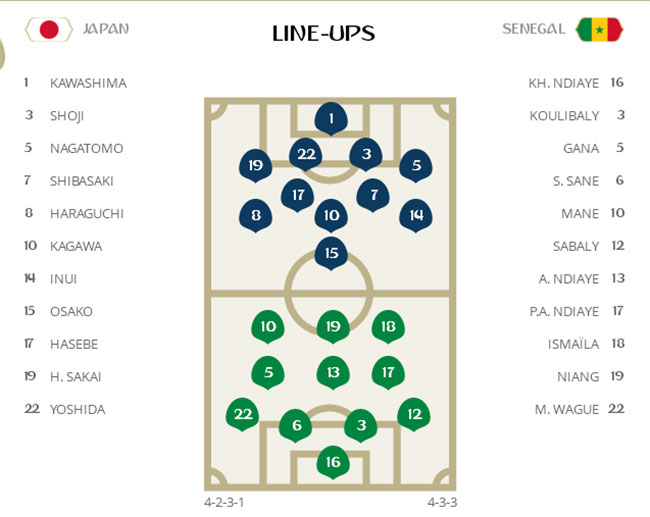