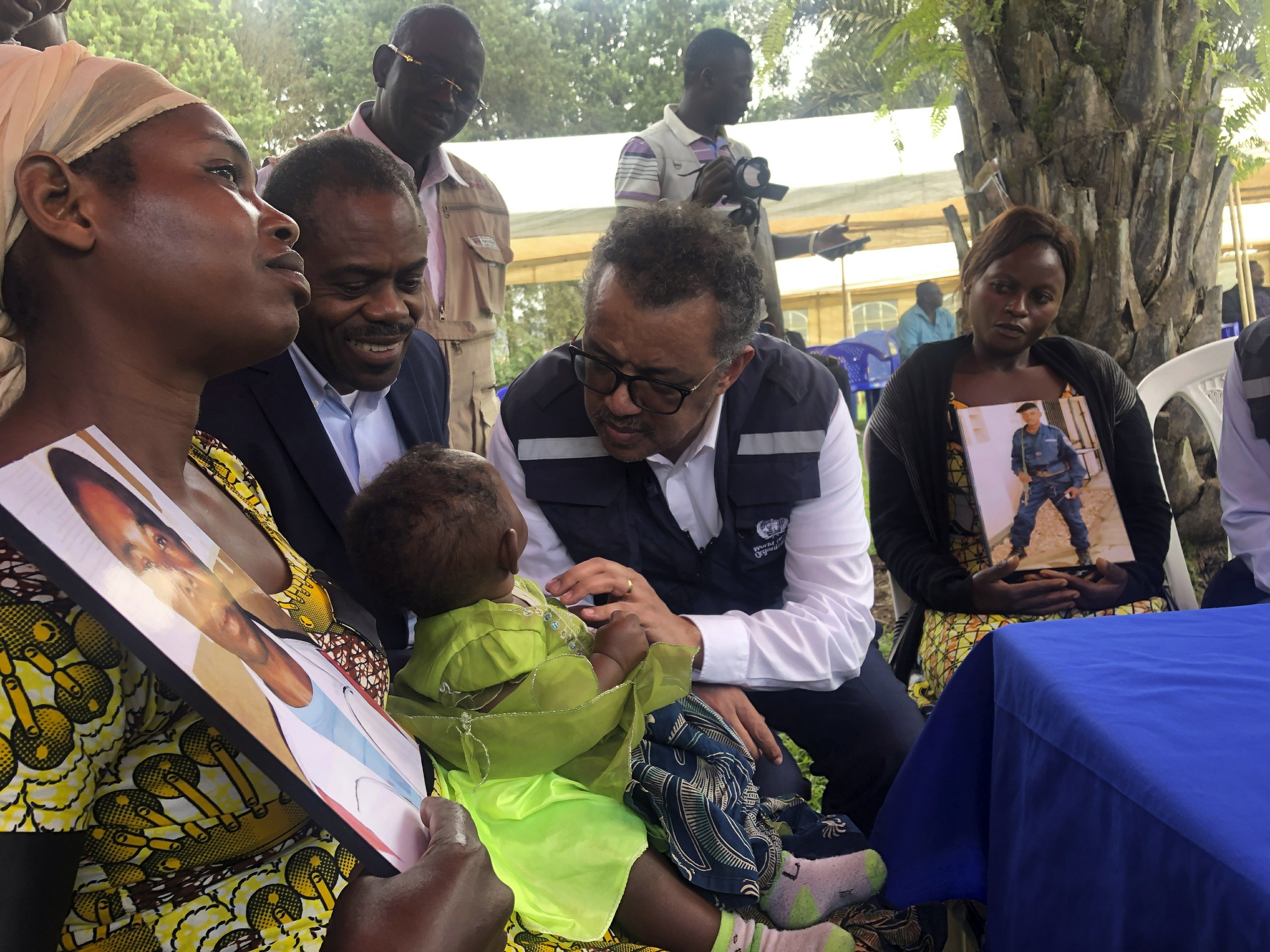 The early-morning attack in Butembo came less than a week after the treatment center reopened following an attack last month, which forced Doctors Without Borders to suspend operations in the city amid warnings that ending this outbreak is impossible if health workers aren’t protected.

Dozens of armed groups are active in mineral-rich eastern Congo, though some have allowed health workers access to administer Ebola vaccines and track contacts of infected people after delicate negotiations.

Security forces on Saturday repelled the attackers, one of whom was wounded, Butembo Mayor Sylvain Kanyamanda said. Congo’s health ministry in a statement said forces had surrounded the center after being tipped to a possible assault, “saving many lives.”

The attack occurred hours before the World Health Organization director-general and the Centers for Disease Control and Prevention director visited the center, which remained open. WHO chief Tedros Adhanom Ghebreyesus encouraged workers to continue their fight against the second-deadliest Ebola outbreak in history, which is spreading in a region compared to a war zone.

“It breaks my heart to think of the health workers injured and police officer who died in today’s attack,” Tedros said. WHO has requested and received more support from United Nations and local police forces to protect treatment centers, he said, and blamed the attack on “elements who are exploiting the desperation of the situation for their own purposes.”

Some community members wary of outsiders after years of deadly rebel attacks have shown hostility to health workers in a region that is facing its first Ebola outbreak. Misunderstandings have been high, especially over the need to conduct safe burials, a highly sensitive issue. Ebola, a hemorrhagic fever, is spread via bodily fluids of those infected, including the dead.

On Thursday, the Doctors Without Borders president warned that Ebola containment efforts face a “climate of deepening community mistrust” seven months after the outbreak was declared, and the use of security forces complicates efforts. People are still reluctant to bring the sick to treatment centers, Joanne Liu said.

That hesitance, and sometimes outright evasion, by some community members has deeply complicated efforts to track contacts of infected people and carry out vaccinations.

To conquer Ebola, “we must strike a delicate balance between providing accessible care, maintaining the neutrality of the response and protecting patients and staff from attacks by armed groups,” the WHO chief said on Saturday.

For those trying to contain the outbreak, the attacks are occurring in the worst possible locations. Butembo and Katwa made up more than 86 percent of new confirmed cases over the past three weeks, the health ministry said Monday.

The ministry, which on Sunday tweeted a photo of smiling workers reopening the Butembo treatment center, says 854 Ebola cases have been confirmed since this outbreak was declared on Aug. 1, including 578 deaths.

This time, dramatic advances have been seen. More than 86,000 people have received an experimental Ebola vaccine, a clinical trial of experimental treatments is under way and new treatment facilities allow some Ebola patients to be within sight and sound of family members.

Still, millions of people have been screened at transit points in the densely populated region as health workers try to keep Ebola from spreading into neighboring Uganda, Rwanda and South Sudan.

“We are committed to ending the outbreak,” the WHO chief said, “and we will not leave until we do.”