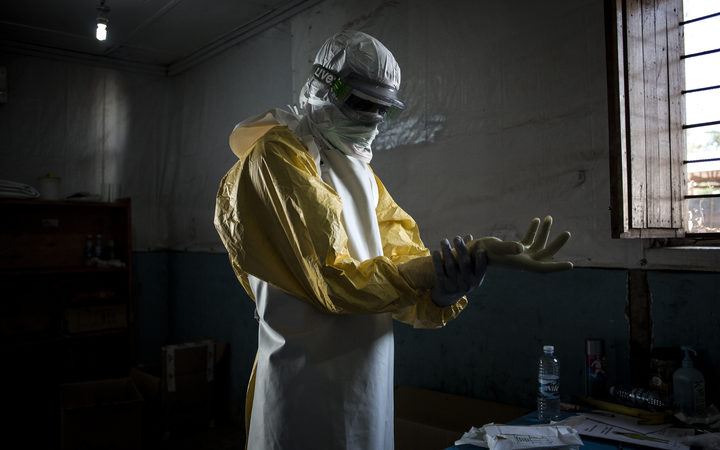 CONGO, Nov 30: Democratic Republic of Congo's deadly Ebola outbreak is now the second largest in history, behind the devastating West Africa outbreak that killed thousands a few years ago, the World Health Organisation said on Thursday.

Attacks by rebel groups and open hostility by some wary locals have posed serious challenges to health workers that Ebola experts say they've never been seen before. Many venture out on critical virus containment missions only accompanied by UN peacekeepers in areas where gunfire echoes daily.

Salama this month predicted that the outbreak in northeastern DRC will last at least another six months before it can be contained. West Africa's Ebola outbreak killed more than 11 000 people from 2014 to 2016.

Day by day, reports by health organisations note one new difficulty after another in this latest outbreak, even as their work sets milestones that have given new hope in the fight against one of the world's most notorious diseases.

More than 37 000 people have received Ebola vaccinations, and Congo has begun the first-ever trial to test the effectiveness and safety of four experimental Ebola drugs. And yet the risk of Ebola spreading in so-called "red zones" — areas that are virtually inaccessible because of the threat of rebel groups — is a major concern in containing this outbreak.

"This tragic milestone clearly demonstrates the complexity and severity of the outbreak. While the numbers are far from those from West Africa in 2014, we're witnessing how the dynamics of conflict pose a different kind of threat," said Michelle Gayer, senior director of emergency health at the International Rescue Committee.

In a major concern for health workers, many new cases have been unconnected to known infections as the insecurity complicates efforts to track contacts of those with the disease.

The alarmingly high number of infected newborns in this outbreak is another concern, and so far a mystery. In a separate statement on Thursday, WHO said so far 36 Ebola cases have been reported among newborn babies and children under 2.

As the need for help in containing the outbreak grows, two of the world's most prominent medical journals this week published statements by global health experts urging the Trump administration to do more.

In the Journal of the American Medical Association, one group noted that the US government weeks ago ordered all Centers for Disease Control and Prevention personnel — "some of the world's most experienced outbreak experts" — from DRC's outbreak zone because of security concerns.

A separate statement published in the New England Journal of Medicine said: "Given the worsening of the outbreak, we believe it's essential that these security concerns be addressed and that CDC staff return to the field."

This is the first time this turbulent part of northeastern DRC has had an Ebola outbreak. DRC's health ministry has carried vivid accounts of residents, spurred by rumors, who have been trying to stop safe burial practices that halt the spread of Ebola from victims to relatives and friends.

On Thursday, the ministry said a group of youths broke into a morgue, stole the body of an Ebola victim and returned it to their family.