Democracies are better at managing crises 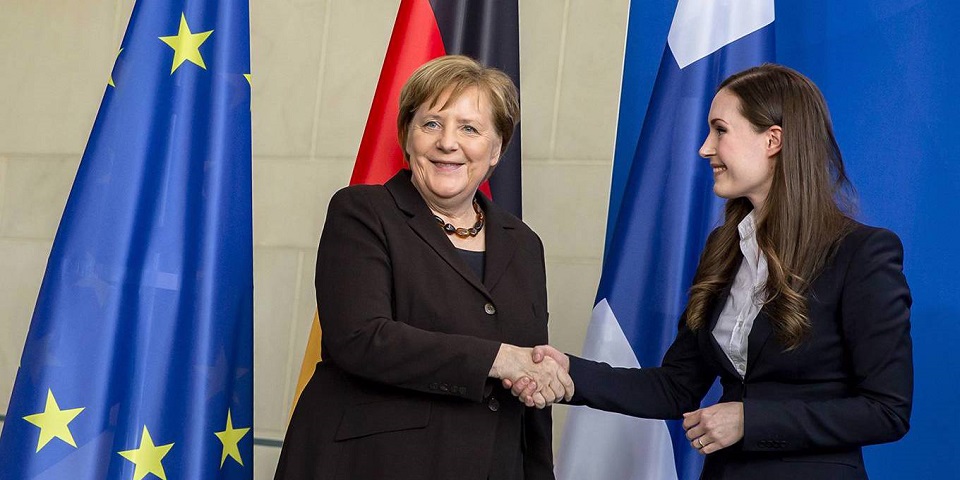 TEL AVIV – The COVID-19 crisis has become the latest front in the escalating clash of ideologies that has become a central feature of geopolitics in recent years. Representing authoritarianism is China, which has touted the success of its aggressive lockdown strategy in curbing the coronavirus’s spread. Representing democracy is a broad array of countries, some of which have responded far worse than others. So, which political system is better suited to managing crises?

The notion that authoritarian regimes have an advantage may be alluring. Whereas in democracies, such as the United States, people may misunderstand their freedom and resist protective measures like mask-wearing, authoritarian regimes can easily impose and enforce rules that serve the public good. Moreover, some have argued that China benefits from the Confucian tradition, with its emphasis on conformity and deference to authority, in contrast to Western democracies’ emphasis on individual autonomy and consent to authority.

China’s government has been attempting to reinforce these narratives, including by mocking the slow response in the US. And it is true that a sudden strict lockdown like the one that contained the COVID-19 outbreak in Wuhan—the pandemic’s first epicenter—would be anathema to Americans. But, when it comes to assessing political systems’ capacity to respond to crisis, this comparison misses the point.

For starters, democracies that uphold Confucian norms—such as Hong Kong, Japan, Singapore, South Korea, and Taiwan—have managed the COVID-19 crisis at least as effectively as China. So have several democracies without a Confucian tradition, including Australia, Austria, Greece, New Zealand, and Portugal. In fact, among the countries whose performance during the crisis has been rated most highly, the overwhelming majority are democracies.

What these top-ranked democracies have in common is that their leaders recognized the scale of the challenge, communicated credibly with their citizens, and took timely action. Worse-performing countries, by contrast, were either caught largely off-guard (Italy and Spain) or had leaders who knowingly delayed action (Brazil, the United Kingdom, and the US).

To some extent, even the latter failure is not out of line with history: as the runup to the two world wars shows, democracies have often been slow to recognize the threat of war. Yet, once they did, they always prevailed, thanks to a combination of determined action and public trust in government.

True, some democratic governments nowadays have largely lost the public’s trust and seem determined not to act. US President Donald Trump and Brazilian President Jair Bolsonaro have both played down the severity of the virus and contradicted expert advice, while indulging their own narcissistic need to appear tough. British Prime Minister Boris Johnson has displayed similar tendencies.

But this can hardly be regarded as a pitfall of democracy. After all, during the COVID-19 crisis, many heads of democratic governments have emerged as exemplars of enlightened leadership.

In New Zealand, 39-year-old Prime Minister Jacinda Ardern has spoken frankly about the threat the virus poses, appealed to people’s sense of shared responsibility, and implemented science-based measures. A new case has not been detected in days.

These leaders had the trust of their citizens. (One might argue that electing a woman leader—in some cases, a very young one—reflects a country’s political maturity and fundamental trust in the work of government.) And their responses deepened it.

Meanwhile, authoritarian regimes depend on propaganda and censorship to maintain a patina of legitimacy, making lack of trust in government practically inescapable. Why would one trust China’s COVID-19 figures, when it has been widely reported that local authorities’ initial response to the outbreak was marked by suppression of information?

This is far from China’s first coverup. During the 2003 outbreak of severe acute respiratory syndrome (SARS), a physician had to become a whistleblower before the government told the truth about the epidemic. Some informed observers don’t even believe China’s official GDP statistics. In any case, a new wave of COVID-19 infections in China now seems to be emerging.

There is also good reason to believe that the outbreaks in Iran and Russia are far more serious than has been reported. Following a series of official missteps—including the Kremlin’s initial refusing to take the crisis seriously—Russian President Vladimir Putin’s popularity plunged to its lowest level in his 20 years in power.

In comparing countries’ performance during the COVID-19 crisis, there are also relevant factors that have nothing to do with political systems. Countries that have experienced infectious-disease outbreaks in the recent past—such as China, Vietnam, Hong Kong, Singapore, South Korea, and Taiwan—benefit from institutional knowledge.

But even here, with the admittedly remarkable exception of Vietnam, the democracies seem to have learned the lessons of past outbreaks better. South Korea’s experience in 2012 with Middle East respiratory syndrome directly shaped its COVID-19 response, which emphasized large-scale testing. China, by contrast, repeated its mistake from the SARS epidemic, by initially attempting to engineer a coverup.

With such high stakes, a coverup will always seem like the safest bet. To expect such a government to respond differently, as Trump has demanded of the Chinese, may be tantamount to calling for regime change.

Nimbusbazar expands its services in Birgunj

KATHMANDU, April 26: Nimbusbazar.com, an online shop by Nimbus has expanded its services in Birgunj along with an added range... Read More...

Govt organizations now have around 43,000 tons of chemical fertilizers in stock: MoALD
22 hours ago