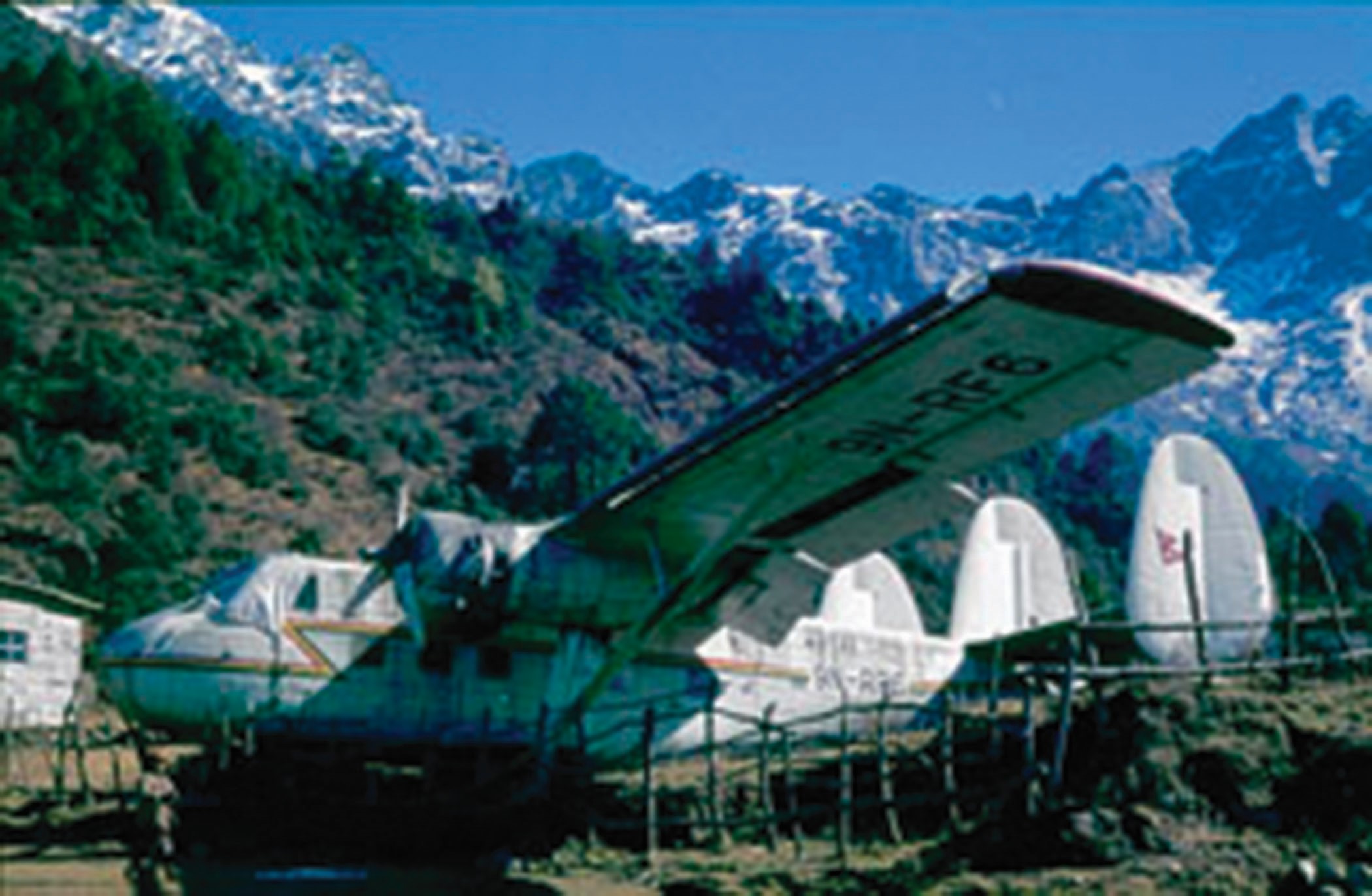 On hearing about the Pathibhara accident, “death dance” came into my mind out of nowhere and instantly looked quite appealing as a title. I was not ready to write so soon after the sad event. As for the term, death dance rituals are common among tribal groups elsewhere including here. Searching further, I came across something that was just right. It was the “dancing plague” of Strasburg some five centuries ago (1518) where, apparently for no reason, people danced till they dropped dead, literally. Some actually did die of extreme exhaustion. And here we have helicopters and small STOL aircrafts doing a kind of death dance by crashing in frequently while people fly in them despite being aware of this ominous reality. Such wantonly odd similarity compelled me to write. The question is why does it happen so frequently in spite of “supposedly” much improved safety regime as claimed?

As there have been too many detailed stories in the media regarding this accident, there is certainly no need for another one. It has been said innumerable times that flights conducted under visual flight rules (vfr) have to strictly keep off the clouds. As it seems, following rules has become more of an exception than otherwise here. VFR flights are conducted at relatively lower altitude and are more liable to be affected by weather variations. As helicopters are built to fly even lower they stand more affected than the rest. This accident happened to be more significant as none other than the Minister of Civil Aviation was one among the seven fatalities. It undoubtedly exposes our callousness towards aviation safety right to the core.

Helicopters are typically used in dangerous situations, hovering in precarious rescue situations and flying low near obstacles like transmission pylons, high tension wires, rock face etc. It is all the reason why helicopter pilots are required to be very well trained. It is said even operating a helicopter in clear weather is challenging enough but when the weather turns foul, it entails a higher risk of things going the wrong way.

Crashes and apathy
As for the first helicopter accident here, it is said to have happened around 1967-68. Captain KK Shrestha has a vivid memory as regards to its circumstances. On that fateful day Captain Jai Singh, Captain KK and ground engineer SP Shah were having breakfast together at the airport. JS had desire to ferry parts of Nepal Army’s Twin Pioneer that had crashed in Jomson to Pokhara slung on a helicopter. But before that, he needed to practice lifting big section of an aircraft carcass. He was advised by the duo against this as the piece, as large a wing might behave unpredictably in flight. But apparently undeterred JS got up taking the last gulp of the tea, wishing “happy landing” to KK and adding “see you back on your return from Patna” and hurried away. When KK returned after some two hours he was shocked to learn that JS was killed in a freak accident near the hanger.
As told by the witness later, the hung wing started oscillating as soon as it got hoisted up most likely by a Royal flight’s Alouette helicopter. It swung violently all over eventually hitting the tail rotor. Losing the stability, it fell down making a great impact and JS died on the spot. It was a very sad result of unnecessary hurry, ignorance and above all turning deaf ear to good advice. For reasons unknown, this crash was not recorded by Civil Aviation Authority of Nepal (CAAN) even if record keeping began in 1966. We have had 19 crashes involving helicopters since then.

Interestingly, a pilot, who was the sole survivor of a helicopter crash in 2005, wrote a compelling piece about his experience recently about what he has learned from it. He admits for being apathetic and losing the level of vigilance while flying. He reasons, if he can let it creep into his practice, every pilot is susceptible. He admits “apathy” is the single most unseen element that endangers safety greatly. Maintaining vigilance is uncomfortable, possibly even more work, the longer one is flying. But one needs to become an expert at evaluating, managing and measuring risks and threats nonstop. He opines safety is not a checkbox, a computerised test or an annual event; it is more akin to personal hygiene. Not all pilots end being as lucky, he is still flying and admittedly is a much better pilot now.

Mystery remains
With the pilot not being there to answer queries, it will not be an easy task to infer what exactly happened at Pathibhara. There is no requirement for small aircrafts to have cockpit voice recorder (cvr) and this compounds the task of investigation further. As such, the rumour mill is awash with all sorts of theories including conspiratorial ones. But there can be no valid reason to justify flouting of sacrosanct rule, however compelling it may have been on that day. It is therefore, necessary to have a totally independent investigation committee, freeing it of possible institutional bias. In other words, it has to be something other than the usual ones we generally tend to have, as a ritual, after each accident. More than anything, it will help assure the world at large that Nepal has begun taking aviation safety issues seriously even if it had floundered in the interim. It might as well bring in a “small nudge” helping us to crawl out of the black list trap imposed by European Union Aviation Safety Agency (EASA), finally.

This crash is a “mini version” of the Ghunsa crash (2006) in all respects one can think. So much so, the person who was the member secretary of the investigation committee then, leads the new investigation team now. The 2006 report has listed 29 recommendations allocated to various stakeholders. It might have helped in reducing accident cases thereafter, only if those recommendations had been strictly followed. In all likelihood, the final report of the current investigation will not be too different from the one issued then. That is why it is all the more necessary to make a clean departure from the usual mode of investigation this time. And this will be a fitting tribute to Rabindra Adhikari who worked tirelessly to improve the workings of Nepal aviation in general and safety, in particular.