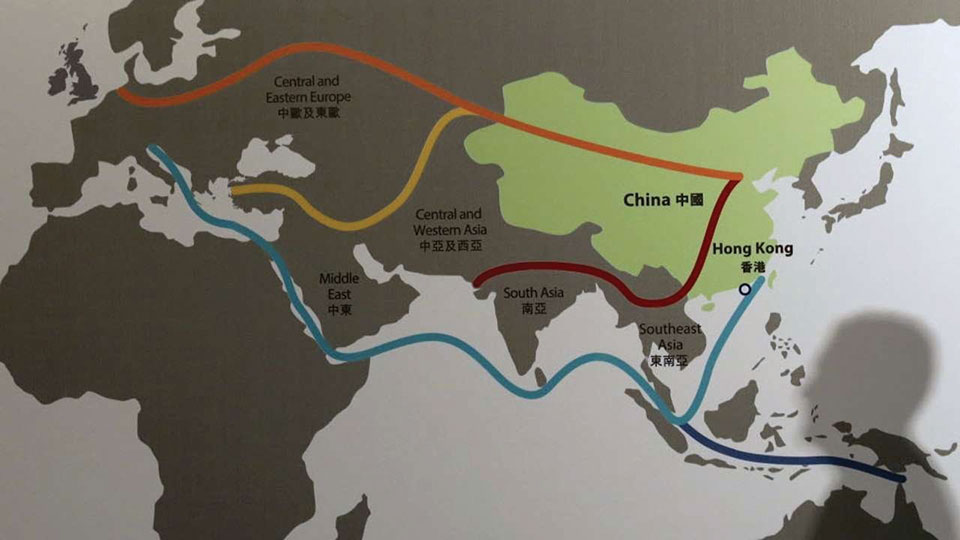 Time has come for Nepal to act upon what veteran international relations expert and senior research fellow at Lee Kuan Yew School of Public Policy at the National University of Singapore, Parag Khanna, claims about two important developments the world will witness in the 21st century. First, Khanna maintains that increased connectivity is the destiny of the future world. Second, he maintains that increased devolution is the phenomenon the world is also heading towards according to which more powerful fragmented political entities are emerging in international geopolitical spectrum transforming the current world order.

Nepal is yet to do much on the former whereas it has taken important milestone for the latter with adoption of federalism.

We have been so much dependent on trade with India and so are we in road networks. Most of our existing road infrastructure is skewed toward south, with only one highway connected to the neighboring China in the north. The limitation of such a heavy tilt in one side of the geography often invites the risk of facing uncertainty on smooth flow of goods and services, a situation we have already witnessed twice in recent decades when India imposed blockade on Nepal’s imports of oil and other necessities.

India’s policy of embargo was just an immature act of undermining value of connectivity. India’s traditional policy of dominance, as it was exercised by  Western countries, is outdated now. In Asia, Nepal and Bhutan are the only countries coming under the influence of conventional Indian policy and thus these countries are heavily dependent on India. In the recent years, India is losing its grip on Asian continent, let alone South Asia, and this vacuum is being filled by China, which is not only emerging as a dominant economic power in the region but also in global economic landscape. India must learn that flow always wins over friction.

BRI and Nepal
The embargo was good news for Nepal. Despite people’s enormous suffering it forced the country to search for viable alternatives to connect with northern neighbor, for which China was waiting for in the wake of its effort to promote Belt and Road Initiative (BRI). This is the right time to grab this opportunity for Nepal.

Even if political stalemate prevails, connectivity has the tendency to remain intact and even it searches for new connecting nodes. Supply chain operators in any network put heightened pressure on the government to resume the flow. It is for this reason that India had to stop blockage after a while potentially due to heightened pressure from supply chain operators on Indian side whereas Nepal was seeking alternative route at the same time. Let’s cite another example. Though the annexation of Crimea by Russia was vehemently opposed by the entire world including all European countries, the oil pipelines were functional underneath political borders between Russia and Europe during the time. This noticeably highlights the importance of connectivity.

Connectedness isn’t only confined to road network but also to electric transmission lines, ports and internet. With due focus on connectivity in our policy direction in the future, our huge potential of electricity production can be connected with giant markets both south and north to meet their voracious demand for energy. So far as the port is concerned, which seems ridiculous for a landlocked country, Nepal could consider requesting India to allow building its own port in the Bay of Bengal. While this seems extremely unlikely under Indian conventional policy, we see such privileges being granted in South America where Peru has allowed building a port for a landlocked country, Bolivia, in its shore at Ilo.

Going to internet, virtual supply chain nodes are exponentially growing in recent years in the current digitally networked world. This is particularly important for a landlocked country like Nepal where access to sea isn’t available and ground trade is expensive. Vietnam, so-called mini-China in terms of growth measures in recent years, is one of the subtle examples of putting internet-based trade in heightened priority. Vietnam has now seven Information Technology (IT) parks housing 700 companies employing as much as 30,000 workers. For Nepal, the country can’t wait to revive the so-called IT Park established back in 2003 to increase virtual connectivity around the world and increase trade.

Connectivity is tightly linked with devolution, another trend sweeping the world now. Devolution is the transfer or delegation of power to the lower levels according to which power centers around small political units such as provinces and cities. The recent transformation of the country into federalism is catching up  this global sentiment. A proven example of how devolution and connectivity go side-by-side is public private partnership (PPP).  The PPP was fundamentally designed to promote infrastructure development in low capital countries where private sector lacks enough capital but government shares certain portion of it. Even prior to federalism, local bodies in Nepal were capable of attracting huge resources from government to extend the road infrastructure in their communities. The road networks appearing in recent Google map heading northbound towards hilly regions is the evidence of this policy.

Today the major cities around the world exercise no less power than national governments in negotiating deals with other nations. Mayors of big metropolitan cities such as Toronto, Tokyo, and Los Angeles travel with big convoys to other nations to make business deals, which is the norm in recent times.

Belt and Road Initiative was a response of global trend of increased connectivity. To catch up with this trend, instead of focusing on swaying geopolitical influence on other countries through military power, China is focusing more on connectivity to exercise influence. Eighty four countries in Eurasia and Africa region are coming under this massive infrastructure project which covers 65 percent of world’s population and 40 percent of global GDP. Through this initiative, China is exporting infrastructure because it believes that sharing infrastructure is sharing wealth. Nepal’s infrastructure policy should be directed towards getting as much benefits as possible out of this initiative.

Summing up, landlocked countries are prisoners of geography but not the connectivity.  Many opportunities were lined up for Nepal in history but we could not make use of them. This time we can’t afford to miss the opportunity of connecting with the world and this is the right moment to have a paradigm shift in our infrastructure policy and get benefits of both connectivity and federalism in the days to come.

The author, a graduate from the Wayne State University, US, is based in Canada and is chairman of KarmaQuest International, a research-focused international charity