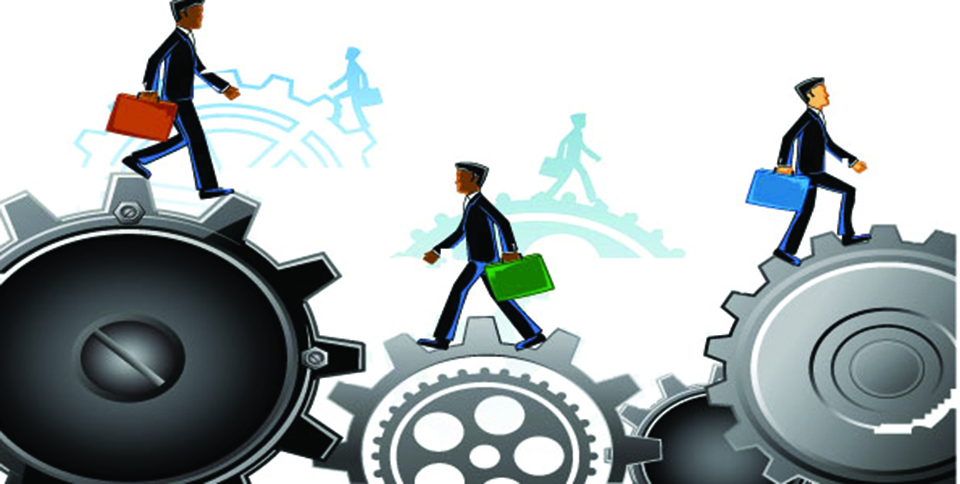 As Nepal has been exercising the federal system of governance for the past four years following the enactment of the 2015 Constitution, there have been debates over whether or not federalism will really work in Nepal.

Some say federalism is the only best form of governance for Nepal to bring much-needed political and socio-economic transformation, and resolve those age-old perennial socio-economic structural problems while there is another strong argument in the Nepali society that the federal system will not last long. The latter assert that federal system will be phased out sooner or later and hold that it is economically unviable for smaller countries. Anyway, Nepali policymakers adopted the federal system believing that it will certainly work for the well-being of people by addressing the concerns of people who have been feeling left out of the mainstream politics, historically.

If we look at the past two years we can assess that rigorous efforts have been made to institutionalize the federal system despite having political, administrative, economic and social constraints. For example, the country witnessed successful conclusion of the local, provincial assembly and parliamentary elections in 2017 amid several hiccups. Another important task the government accomplished in 2018 was amending over 100 laws that contradicted the Constitution. This was a milestone task toward the implementation of federal constitution.

Authorities from all the seven provinces ranging from the chief ministers to civil servants and chief attorneys of provinces to local representatives have been repeatedly complaining that the implementation of the constitution is not going well as expected.

In a recent interview, Chief Minister of Province 5 Shanker Pokharel blamed the Kathmandu-centric mentality for not achieving desired outcomes from federalization process. He went on to say that people from all walks of life are having Kathmandu-centric mentality, inviting superiority and inferiority complexes between the peoples of federal sphere and provincial sphere. Pokharel said that the fiscal challenges of federalism are not as alarming as reported in the media.

“Yes, it's true that the federal system has added some administrative expenses. But at the same time we should acknowledge the fact that the public service delivery has been highly improved at the provincial and local spheres. Common people have benefited as they are getting basic government services in their own localities," he said.

Now, there are debates regarding the economic viability of federalism. People who have been opposing the idea of federalism since the beginning have got chance to criticize the federal system right now because many of the federal units have not been able to live up to the people's expectations due to lack of financial resources and required physical and administrative infrastructures. But there is a long way to go and these issues can be addressed in due course of time.

Some chief ministers, during a recent meeting with Prime Minister Oli, even went on to accuse the federal government of blocking the provinces and local levels from functioning by intentionally delaying the introduction of necessary laws. Most of the provinces have expressed dissatisfaction with the federal government over the shortage of employees and other required resources in the provinces. The Ministry of Federal Affairs and General Administration (MoFAGA) has been working to depute employees at the provincial levels to meet the shortage of employees. However, due to huge politicization and the Kathmandu-centric mentality of the civil servants, the process has become complicated and lethargic. Politicians and bureaucrats have to be blamed for this situation, not the federal system itself.

As soon as the new federal government came into existence in Nepal, it had hiked tax rates on several consumer goods through the budget. Similarly, provincial and local governments did the same, overcharging citizens on even basic services like birth registration. The changes in tax rates were primarily aimed at meeting ballooning government expenses as the country entered into more costly federal set up.

Nepal still lacks sustained economic growth and people’s capacity to pay tax is eroding. Despite lofty promises of ‘Prosperous Nepal and Happy Nepali’, the tax collection targets and its composition painted a different picture in the past one year. Boosting production in order to become self-reliant in sugar, cement and iron bar, wood were some of the welcoming steps. However, the federal, provincial and local governments have failed to work to achieve this goal so far. The country is not self-dependent on agricultural products. It needs to spur economic activities through massive domestic investments and by encouraging foreign investments.

As we are in the path of achieving economic prosperity, people should not be overburdened with taxes. The people should not feel that the federal set up meant more taxes and very little service. In this backdrop, time has come to work sincerely to implement the federal system. Taking the lessons from the weakness, Nepal has no alternative other than implementing the federalism.

KATHMANDU, Oct 26: CPN Chairman Pushpa Kamal Dahal has said Nepal's constitution is the citizens' manifesto both in term of the process... Read More...

Kathmandu: Balen Shah ahead of Keshav Sthapit by over 5,800 votes (Updated)
6 hours ago

Nepse suffers landslide fall of 84.9 points on Tuesday
8 hours ago