Information and communications technology (ICT) has been taken as a key driving force in transforming the traditional Nepali society into a knowledge-based society. Successive governments in Nepal have envisaged that the goal of prosperity will also be achieved through the optimum utilization of advanced technologies.

The Department of Survey recently introduced a new online application called Mero Kitta. By using this online app, one can take a printout of the map of their land and field books even while staying home. Land administration services were provided using traditional methods even as the survey department, a government entity under the Ministry of Land Management, Cooperatives and Poverty Alleviation, started digitizing its services a few years ago. Until now, the land-related record keeping system mainly functioned manually.

The new online application launched by the survey department is expected to be instrumental in providing efficient and effective public services related to land administration. This new online application has been implemented in eight survey offices in the Kathmandu Valley for now and will be expanded across the country soon, according to survey department officials.

On the one hand, it will help reduce the long, serpentine queues of general public in front of survey offices to get land maps and field books, while on the other, the people will not be forced to offer bribes to get land administration related services. This new online application is expected to help save time for the general public.

The survey department is not alone in Nepal which started digitizing its services. In recent years, ministries, departments and other government offices have digitized their services with two major objectives: maintaining transparency and providing public services smoothly, effectively and quickly.

Official records suggest that Nepal first used computers during the National Census conducted in 2028 BS. With rapid transformation in information, technology and communications around the world, the need for digitizing government services has been realized in Nepal of late. The main objective of this piece of writing is to dwell on the major initiatives taken by the government to promote the concept of e-governance in the country.

Information and communications technology (ICT) has been taken as a key driving force in transforming the traditional Nepali society into a knowledge-based society. Successive governments in Nepal have envisaged that the goal of prosperity will also be achieved through the optimum utilization of advanced technologies. Recognizing the potential of ICT as an enabler of development, the government is now aiming to bring all 753 local governments, community schools and health posts under the coverage of broadband internet access. Federal, provincial and local levels are gradually becoming accessible through the internet.

In October 2019, the government came up with a Digital Nepal Framework, outlining one nation, eight sectors and 80 digital initiatives. Under the framework, a fiber broadband network, 5G and a special economic zone for the IT sector were listed as agenda items for the country's connectivity sector. The framework is also expected to contribute in achieving the Sustainable Development Goals (SDGs) set by the United Nations, besides supporting the government’s goal of achieving good governance.

Digital foundation, agriculture, health, education, energy, tourism, finance and urban development are the eight dimensions of the framework. The framework has envisaged a digital Nepal where commerce, people and the government will be using digital technologies to drive innovation, enhance productivity and enrich the quality of life of all Nepali people.

Under the framework, an application called Nagarik App was launched by the government in January 2021. Nagarik App  aims to make service delivery easy, transparent and effective, by digitizing and integrating all government services. The app helps citizens integrate their essential government documents into their mobile phones. The most important feature of this app is one can get public services online round the clock and even on public holidays.

Technology plays a crucial role in effective and efficient governance at all tiers of the government. In its bid to use advanced technologies in delivering government services, the government has said that it is working to introduce the national identification card across the country. The issuance of the national card was a part of the government's Digital Nepal Campaign. It allows the bearers to avail all state services through a single identity card. Although the national identity card was first inaugurated in November 2018 in eastern Panchthar district, it has not been implemented in other parts of the country. The card will be a key basis for the delivery of various government services once it is implemented. The card contains personal and biometric details of citizens with a unique number. The card bears the holder’s name and surname, address, father’s name, mother’s name, photo and prints of both the thumbs and index fingers. It will replace the existing citizenship card.

The framework is also expected to contribute to achieving the Sustainable Development Goals (SDGs) set by the United Nations, besides supporting the government’s aim to curb corruption.

In 2016, the government launched digital signatures for the first time in Nepal. A digital signature is a special government-certified identification code which is used to authenticate digital information such as documents, e-mail messages by the sender or the signatory and ensures that the document is genuine.

connectIPS, launched by Nepal Clearing House Limited (NCHL) in 2018, is an e-payment service which is gradually becoming popular. connectIPS e-Payment system is a standardized single payment platform. It facilitates online fund transfers, government revenue payment, creditor payments and payment processing (e-commerce payments) with all payment processed directly from/to the bank account. Officials at the NCHL said that a national payment gateway is also being introduced in the near future to facilitate electronic payments and financial transactions within the country. Electronic Cheque Clearing (NCHL-ECC), Interbank Payment System (NCHL-IPS) and connectIPS e-Payment System are the national payment systems that are currently available in Nepal.

Nepal lags behind in ICT in SAARC

The 2018 E-Government Development Index placed Nepal at the 117th position among 193 countries. However, compared to the rapid progress made by other South Asian countries such as Bangladesh, Sri Lanka and India, Nepal is lagging behind in terms of ICT development.

The dream of Digital Nepal can only be achieved if the government's visions are translated into action in partnership with the private sector. Hence, public-private partnership will be extremely important for realizing this dream.

Digital transformation can be felt in all aspects of the lives of the citizens once visions and plans are translated into action through coordinated and concerted efforts of the central, provincial and local governments in the new federal set-up.

Nepal's development agenda for the next few decades should not only focus on economic progress to cater to the rising aspirations of the Nepali people but also in achieving that in a sustainable manner. To achieve this goal, technical and managerial capabilities of public and private sectors, under the overarching framework of Digital Nepal, can be leveraged to take Nepal into the digital age.

Some developments in Nepal's ICT sector:

Focus should be on infrastructure and capacity building at federal, provincial and local leves: Pant 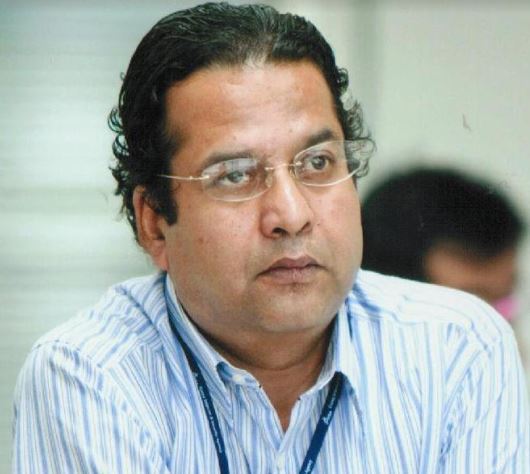 Rajan Raj Pant served as the controller at the Office of Controller of Certification which was established in accordance with the Electronic Transaction Act 2006. Pant developed and established this office as a high-level permanent technical (ICT) office under the Ministry of Science and Technology. Republica spoke to Pant on the government's ongoing efforts to digitize its services from local to federal levels in the current federal set-up. Excerpts:

In the current federal set-up, central, provincial and local governments are gradually using advanced technologies for public service delivery in a transparent manner. Digital Nepal Framework primarily aims to enhance connectivity. A few initiatives under the framework have been implemented and more are in the process of execution. There are both opportunities and challenges in achieving the goal of Digital Nepal. Services in government offices from central to local have been digitized in recent years. People can get all government services via online mechanisms even while staying home. In the far-flung villages, technology can really help improve the living standard of the people there.

Due to the lack of electricity and telecommunications services, people in the remote villages are not yet able to access internet facilities. Due to various constraints, internet literacy is not very encouraging in Nepal. Therefore, the local governments must work to increase people's internet literacy.

Yes, there is an art to the perfectly peeled egg

I love eating deviled eggs and egg salad, but I had been avoiding making either because it was so much... Read More...