Business with a cause 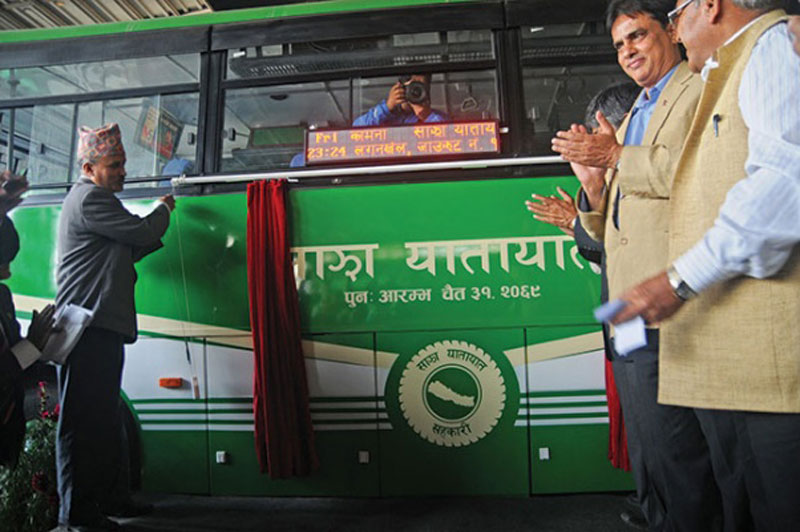 Maybe time has come for Nepali entrepreneurs to launch their own businesses with a social cause
In Bhuwaneswar of Odisha, India, is located a sprawling campus of the Kalinga Institute of Social Sciences (KISS). It houses around 25,000 tribal students, providing them with free education, accommodation and food. The founder of KISS is Achyuta Samanta, a 52-year-old bachelor who spent his childhood in abject poverty. After completing his MSc in chemistry, he taught at many colleges and also worked as a lab assistant. He first established Kalinga Institute of Industrial Technology (KIIT) in 1992 with just Rs 5,000 he was able to save.

Some 18,000 students study at KIIT today, and it is one of the largest private universities in India. The profits accruing from this university is channelled to fund the education of tens of thousands of tribal children.  “It’s quite simple. KIIT funds KISS,” Dr Samanta told the Readers’ Digest magazine in 2013.

Kalinga Institute of Social Sciences (KISS) provides free accommodation, food, healthcare and education from Class 1 to Post-Graduation level students from tribal communities, giving them vocational training. This would not have been possible if KIIT was not run in a professional way and was not generating profit.

Not only in South Asia, new ventures are coming up around the world to support many social causes. From health to education, from public transport to saving heritage, these social businesses are trying to prove that you can earn profit and at the same time channelize it for public good.

In Nepal, a pioneer ophthalmologist Dr Ram Prasad Pokharel adopted this model while opening over a dozen eye hospitals in different parts of the country under the aegis of Nepal Netra Jyoti Sangh (NNJS). In his book, Reaching the Unreached, Dr Pokharel recalls how Chaudhary family donated six bighas of land (adding 16 bighas of land later) to set up the Sagarmatha Chaudhary Eye Hospital (SCEH) in the eastern Tarai town of Lahan.

While CBM, a German organization, has contributed generously to establish and run the hospital, the land is being used to cultivate banana and other fruits to top up the income of the hospital that treats tens of thousands of people from Nepal and India every year.

This is the same philosophy that has been adopted by READ NEPAL, another NGO that helps local communities build multi-purpose libraries. The local community will provide land in which the NGO will help build a library building with IT and other facilities. Besides catering to youth, women and senior citizens, the library is keen to generate income locally in order to finance its operating costs.

Prof Muhammad Yunus, the founder of Grameen Bank in Bangladesh, defines social business as a business that is launched to solve a social problem by using business methods, including the creation and sale of products or services. In his book Building Social Business written jointly with Karl Weber, Prof Yunus describes two kinds of social businesses. One is a non-loss, non-dividend company devoted to solving a social problem. This is owned by investors who reinvest all profits to expand and improve the business. The second kind is a profit-making company owned by poor people, either directly or through a trust that is dedicated to a predefined social cause like Grameen Bank.

Creating joy
Prof Yunus was awarded Nobel Peace Prize in 2006 jointly with the Grameen Bank, for lifting millions of people out of poverty through micro-finance in Bangladesh. In their book, Yunus and Weber wrote that investors in a social business can take back their original investment amount over a period of time they define. “Here, the workforce gets market wage with better-than-standard working conditions and social business is all about joy.

Once you get involved with it you continue to discover the unlimited joy in doing it,” they said.

Creating joy may not be a priority for Nepali businesses, but they can also allocate certain percentage of their profits in setting up social businesses as part of their corporate social responsibility. The government can help by making such investment tax-free.

Of course, such initiatives seem to be bearing fruit of late. Kathmandu Metropolitan City (KMC) has joined forces with Sajha Yatayat to launch Sajha buses in the capital. After the defunct Sajha Yatayat was turned into a cooperative with the government’s loan as a share and was given independence on administrative matters, it came back to life. Largely thanks to the unflinching effort of Kanak Mani Dixit and his team, Sajha sold its land held in other places and purchased new buses to ply in Kathmandu. Even if they are not making a profit right now, they are playing a critical role in easing and improving the urban transport system in the capital. They also have a plan to turn the current Sajha-owned land in Pulchowk into a multi-purpose, state-of-the-art “SouthAsia Center.”

Back in Odisha, Achyut Samanta is working on to set up 20 KISS branches in the state’s tribal areas. And he has the dream of setting up a KISS branch in every state of India. “This is going to be contagious,” Dr Samanta told the Readers Digest. “When you’re doing something for others and not for yourself, everybody listens.”

Maybe time has come up for Nepali entrepreneurs to launch their own businesses with a social cause so that it benefits a large section of society, not a privileged few.

If our businesses fail to note how the ground has shifted in Nepal, soon there will be nothing left for them... Read More...