Baglung-Burtibang-Butwal road to be be obstructed for a week 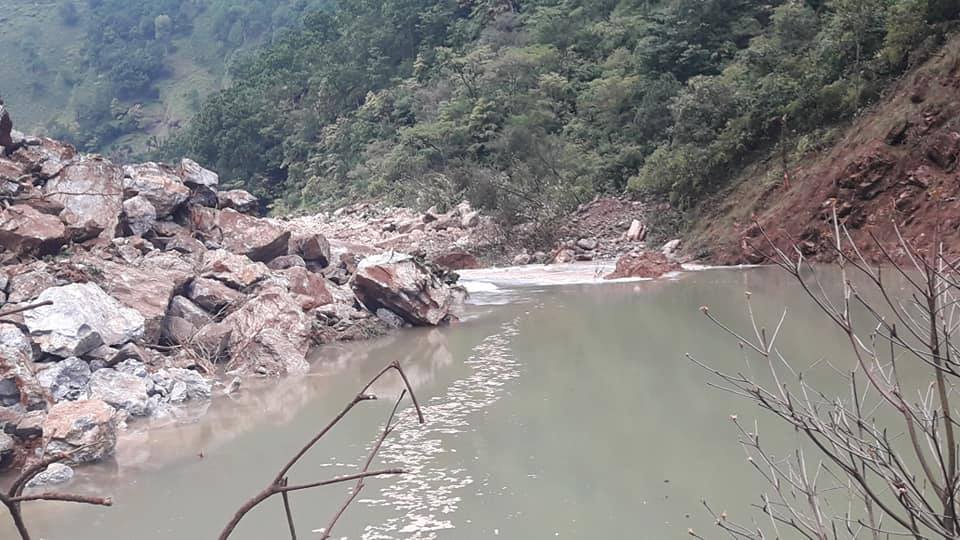 Chief of Area Police Office, Burtibang, Janak Thapa said that it might take at least a week to clear the debris from the Mid-Hill highway. Landslides since yesterday night has obstructed the highway and formed an artificial lake at Badigad River.

"Vehicles using the Baglung-Burtibang-Butwal road will have to opt alternate routes," Thapa said adding that water level had started to recede slightly after part of the mud debris which had blocked the river's natural course was swept away.

"Water level has reduced by a meter," he said adding that the flow had drasticaally reduced speculated risks. "However, it will take some time before the river reaches its natural levels because of the boulders."

The landslide, which swept away boulders from yesterday 11 PM has blocked the river's natural course. As a result, residents are concerned that it would burst and unleash water with severe consequences.

"Part of the river's course has become a lake since yesterday night," Ram Narayan Subedi, a journalist from Burtibang said. "The artificial lake has reached up to Dhorpatan municipality-2 and rose up to the Mid-Hill Highway." He added that the highway was between 150 to 200 meters above the river.

"This is a big lake. If it bursts, it can cause huge damage," Kamal Paudel from Badigad-2 said. Locals opine that such rupture could sweep Kharbang bazaar and its periphery.

Bed Prasad Kharel, the chief district officer who reached the blocked area early morning today said that fresh water had started to overflow. "We are relieved with the overflow. However, as smaller landslides continue to fall, the area is still at greater risk," Kharel said.

While the Nepal Army and police are at the incident site, they have not been able to clear the blockade due to ongoing landslides. 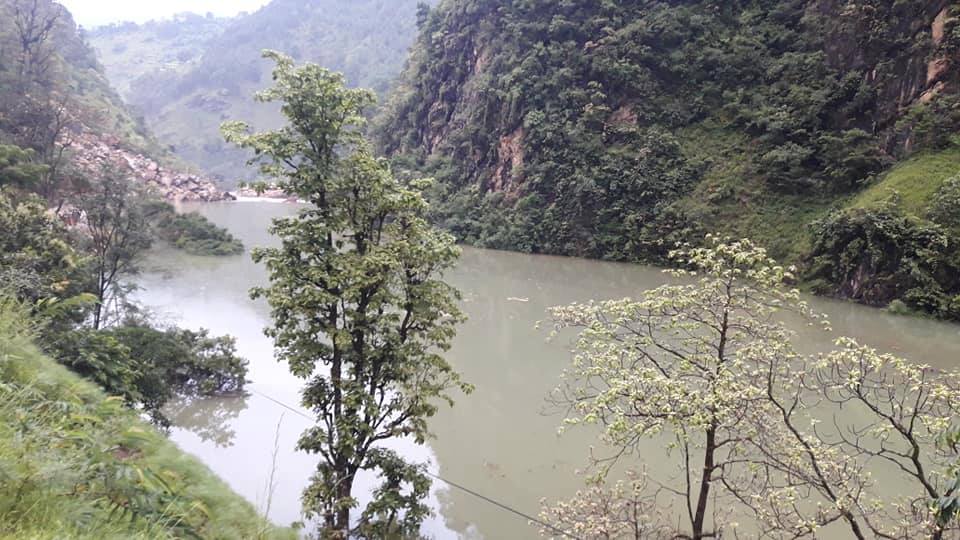 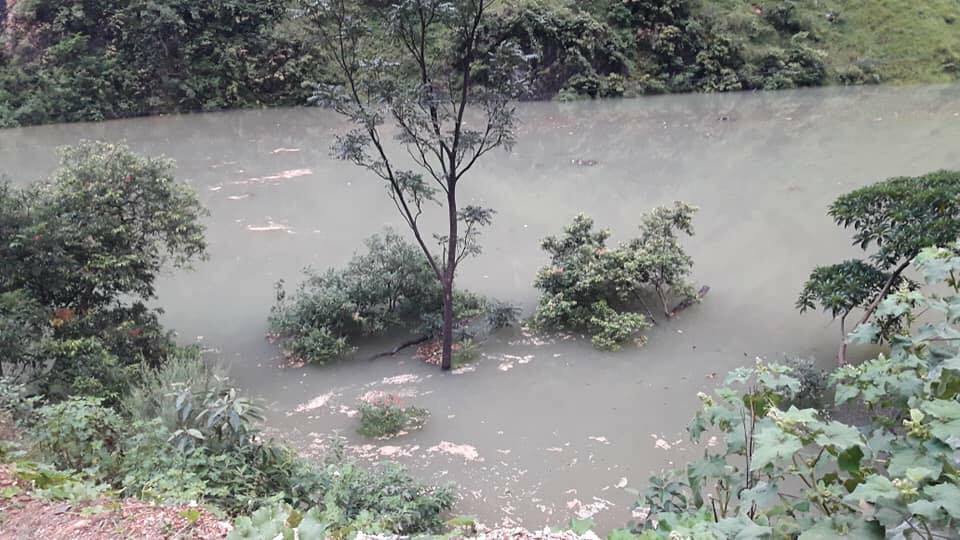 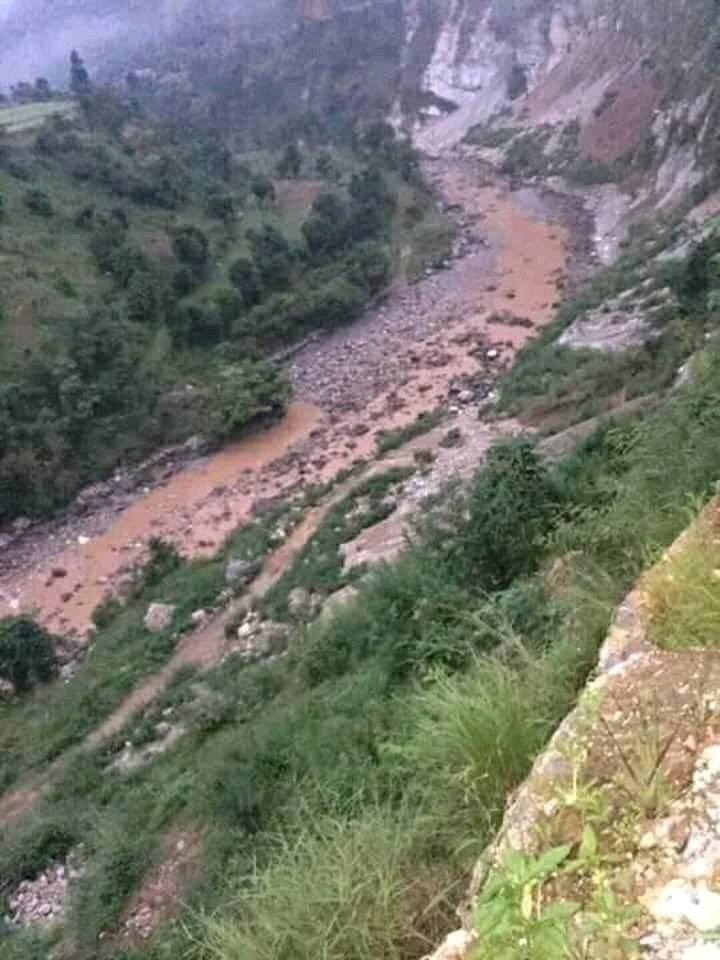 RAMECHAP, July 16: Two people have been killed while three have gone missing after flood and landslide debris in Chatibane River... Read More...

PHALEWAS, Parbat, Aug 4: The flood and landslide have caused damages to as many as 14 schools in Parbat district. Read More...