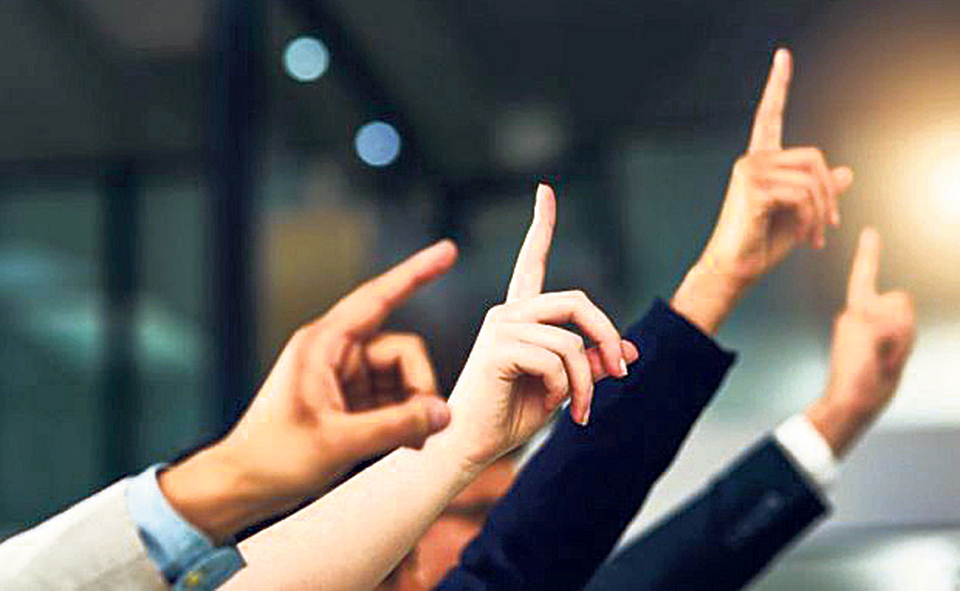 The majority government is unable to establish harmony with people due to “cheap talk” of the Prime Minister who never accomplishes what he promises on time, thus widening the gap between the government’s roles and the people’s expectations. So many of us profusely vent irrational feelings of dislike and hatred on social media toward the government that vows for the development of the country, but things are not happening in a way they are expected to. However, the government is not willing to accept this truth.

People are told to accept that development is happening. People consider that a lie because they think that just cutting ribbons or inaugurating some developmental projects will not lead the nation to prosperity. It is because livelihood of majority of Nepali people has not improved. Even today, according to Asian Development Bank, 26 percent of the population lives under the poverty line, and 34 out of 1000 babies born in Nepal die. Compared to global scenario, the conditions of many Nepali people are worse in terms of health, education, employment and other facilities.

Oli-government should appreciate the criticisms as voices for reform. Otherwise, the government may feel humiliated and try to put more power and oppression upon people and media.

Those in the authority do not accept the criticism easily. Our education system tends to discourage criticism. For example, if a teacher is asked a question or argued against his/her views or performance by a student, s/he will feel more threatened and challenged. This way students’ creativity, alternative thoughts, or out of the box perspective is squashed. This reflects in politics too. We are preached and supposed to follow or listen without questioning the practice or the views in politics, bureaucracy and institutions. Thus people who are given authority feel threatened or challenged when they are asked questions.

People in power start looking for a weapon to fight against such criticisms so that they can portray themselves as good leaders doing great things for the country. They aim at increasing the number of party loyalists by creating rhetoric that blames people who are critical of the government and appreciate those who praise the government. When people become ‘yes’ men it will create a hierarchy between the governor and the governed. Such gaps may kill the democratic practices and it may become detrimental to our development process.

The author is Assistant Professor of English at South Georgia State College, USA. He is also the author of “Sex, Gender, and Disability in Nepal” and “Running from the Dreamland”

CC begins process to give full shape to statutory bodies