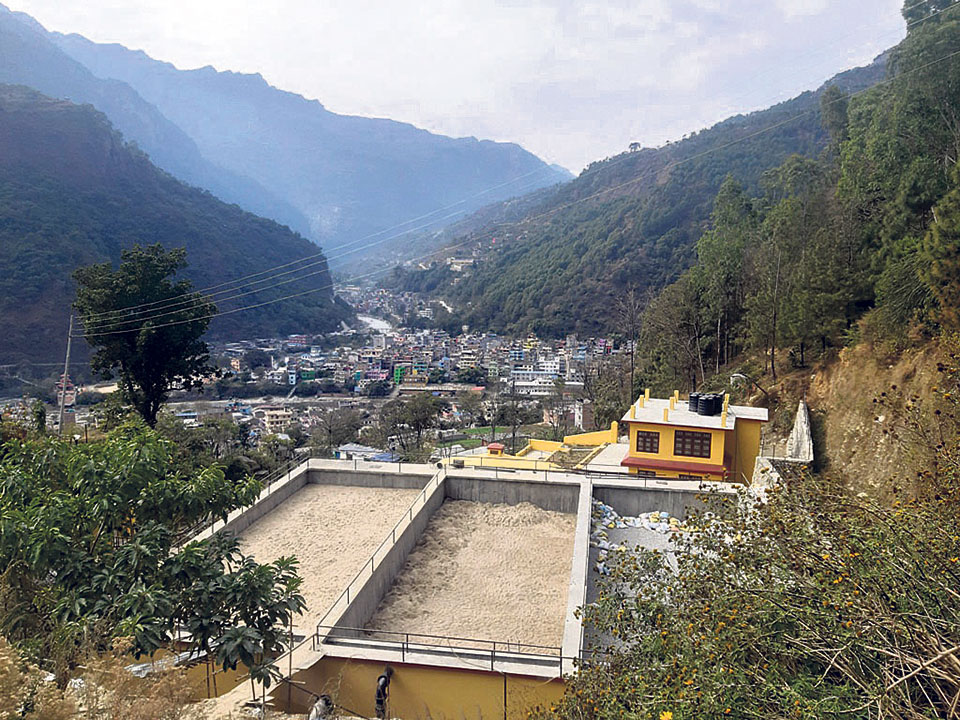 MYAGDI, Jan 13: Mana Kumari Subedi is already 78. However, this local of Bagarfaat village of Jaljala Rural Municipality – 3 in Parbat district has no option but to fetch water from the Kali Gandaki River which flows nearby her home. If she does not do this, she won't have water at home to drink and for other use because there is no other active member at home.

"I have been doing this since a long time. Now I have turned fragile and old and yet, I continue to fetch water," said the elderly woman. "This river has been keeping us alive since we have no other water source," she added.

Mana Kumari brings water home from the river in a gagri (a traditional water pot) and in plastic bottles. The invaluable water is used very carefully. And the very next day, she again follows the same routine.

However, this trouble may come to an end very soon.

The government has fixed a tap at her house and the process to supply water is underway. According to Lokanath Regmi, chair of Beni Drinking Water and Sanitation Consumers' Committee, water from the Kali Gandaki River will reach people's houses through taps. Reserve tanks have been set up, taps have already been installed and pipes laid. Every other arrangement to lift the water for distribution is near completion. The project worth Rs 125 million is expected to serve nearly 1000 families of Jaljala Rural Municipality.

"Now the locals do not have to worry about water. The project is almost complete," Regmi said. "People are happy about it."

There is a severe water problem in 2, 3 and 4 number wards of the rural municipality. So, in the first phase, those areas have been targeted for water distribution.

According to Regmi, the local bodies have received massive complaints from people about water scarcity. In view of this, the local governments have been making efforts to address the problem.

"In the recent years, natural water resources have largely disappeared. This has deepened water crisis. Local bodies have received complaints from the residents, and it has put pressure on them to do something," Regmi said.

The water of Kali Gandai, which is being used by the locals, is not clean. Due to the lack of awareness, many drink it without boiling or filtering. This, no wonder, triggers health hazards. According to Mana Kumari's neighbor Udaybir Gharti, 'he digests anything', but not everyone can do so. "The water is indeed dirty, more so during the monsoon when the river swells. However, we have no choice than to use the water," he said. "The government has installed taps and we are hopeful about getting clean water now. They say they will send filtered water," he added.

"A total of 954 households will get water from the taps installed by the government from February. The water will be clean and drinkable," said Regmi. "Consumers' have contributed 30 percent while the government spent 70 percent for the project," he added.

KAILALI, July 24: A test conducted in a laboratory of the Federal Drinking Water Supply and Waste Management Project at Dhangadhi... Read More...

Water from Melamchi will arrive in mid-April: Minister Chaudhary

KATHMANDU, March 22: Minister for Water Supply, Umakanta Chaudhary has said that work is underway to distribute water from the Melamchi... Read More...

300 households of Pipaltari to get a water tap each

PARBAT, Feb 3: As a part of the 'One home, one tap' campaign, Kushma Municipality-10, Pipaltari has decided to adopt... Read More...