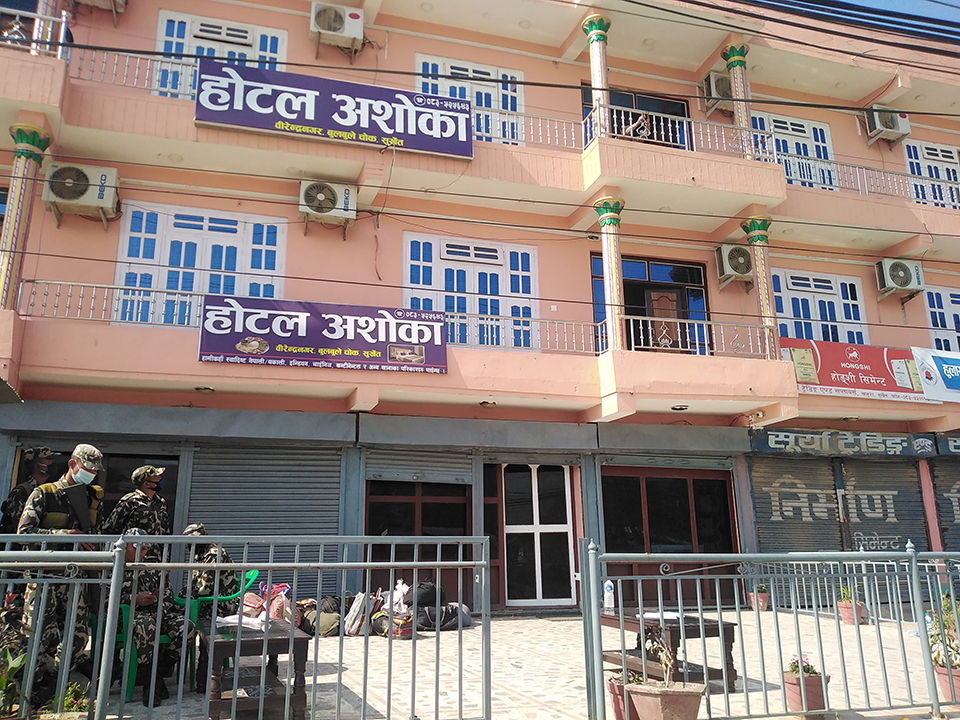 SURKHET, March 25: Local authorities have rescued altogether 100 Nepali nationals including three minors who were stranded at Rupaidiha and Gaddachauki areas along the Nepal-India border after the government imposed a nation-wide lockdown from Tuesday.

The rescue operation was conducted following the complaints registered through the free hotline service run by the Karnali province government in coordination with the District Administration Office, Banke. Those rescued were then taken to Birendranagar at 2 am today. The rescued Nepalis also underwent health tests.

Meanwhile, the local officials rescued 43 people from Gaddachauki entry point along Nepal-India border. The rescued are on their way to Birendranagar, Surkhet. The province government has asked the Nepal Army to keep them in a quarantine facility in the town.

Those rescued have not experienced the symptoms of COVID-19, Dal Rawal, Social Development Affairs Minister of Karnali province said. "They will be asked to go to their homes only keeping them into 14-day quarantine," Rawal said. Till then, they will be kept in Birendranagar, he said.

DHANGADHI, April 17: Tests for coronavirus have slowed in Sudur Paschim Province due to the lack of test kits. ... Read More...