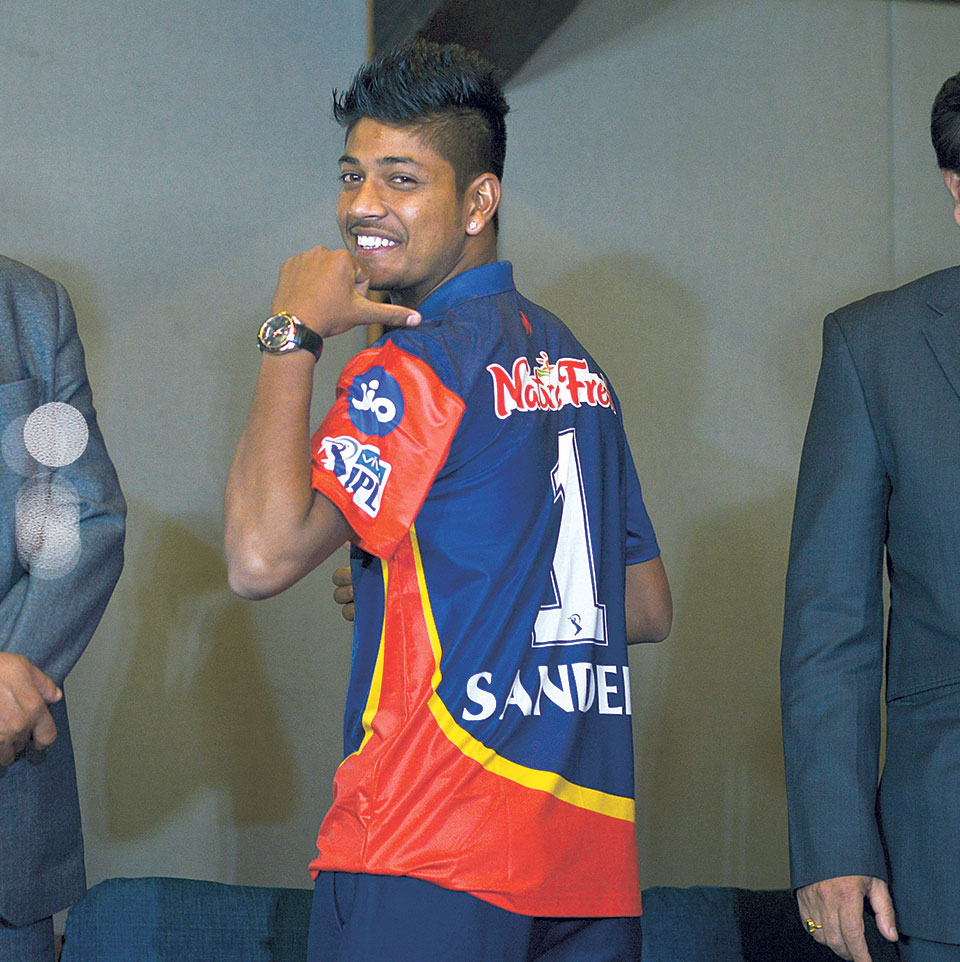 KATHMANDU, March 27: Nepal national cricket team leg spinner Sandeep Lamichhane said on Monday that other Nepali players can get opportunities in the Indian Premier League (IPL) if he performs well in the coming season.

Lamichhane, who is leaving for India to take part in the tournament which starts from April 7, said, “It’s a dream come true to play in the IPL and I have an opportunity to shine in front of the world and many things to learn from the tournament. I will use the experience in Nepali cricket.’’

“If I do well in the tournament, the door of opportunities will open for other Nepali players as well. There are other senior players who deserve more than me,” he added.

Lamichhane is the first Nepali player to have signed in the IPL with Delhi Daredevils, while Shakti Gauchan had got a chance to get involved in practice sessions from Rajasthan Royals in 2012.
Lamichhane said that it is a new experience for him in the tournament and he is excited to play for Delhi, but the happiest moment for him was to play for Nepal.

“It’s a dream come true to play in the IPL. Playing for Nepal was the proudest moment for me and it makes me very proud and I wouldn’t have been here, if I hadn’t played for Nepal,’’ Lamichhane added.
Lamichhane, who got into the national team camp directly from Chitwan Cricket Academy, said that the success he has achieved at such a young age is the combination of hardwork and luck.

“Hardwork is the key to success and luck doesn’t help you all the time. Luck helps you in certain situations, but at the end of the day, it all comes down to hardwork and with that, I’ve reached here after 3-4 years,’’ he said.

Why I think Rabindra Mishra is right
12 hours ago

Harvesting yartsa gunbu during the pandemic
18 hours ago