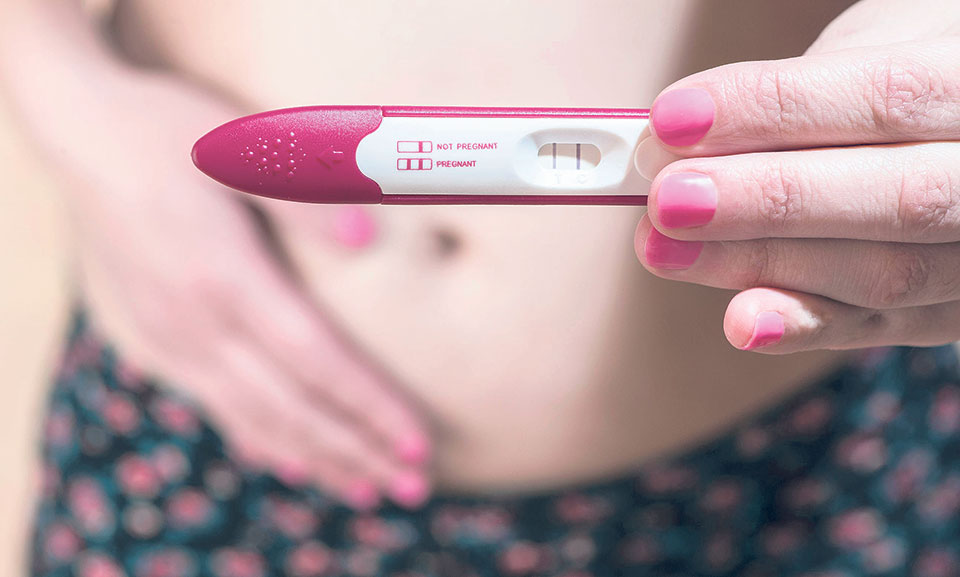 Discussion of abortion somehow always manages to spark controversies in our society. However, the fact remains that after its legalization, many Nepali couples have been turning to it. What’s intriguing though is that despite the expansion of authorized abortion services, reports of abortion complications are still prevalent.

Priyanka Gurung talks to those who have been responding to these cases to find out where the problem lies.

From relief to regret

Satya Bhandari calls them the last five percent. She is currently waiting for a patient she had treated a week or so ago at her family planning clinic. The patient had come in for a second abortion in the last six months but she was still refusing to use any long-term contraception.
Apparently, the patient, who was a migrant worker’s wife, kept referring to both the unwanted pregnancies as mere accidents that she believed she could avoid if she was just a little more careful in the future. “Throughout our counseling session, she also kept repeating that her husband isn’t home most of the times,” shares Bhandari.

After spending considerable amount of time explaining the health hazards of repetitive abortions and the benefits of long-term contraception, the patient is said to have begrudgingly taken home some oral contraception pills with her. Bhandari is counting down the days to this particular patient’s 12th day follow up. She has set herself on a mission. She wants to try and convince her to consider long-term contraception like Norplant once again. But then again, as she put it, “The most we can do is inform them. We can’t force them to use contraception without consent.”

While family planning awareness campaigns have significantly helped couples grasp the importance of the use of contraception, Bhandari informs us that their clinic is still finding it difficult to reach their 99% target rate. And these patients inevitably find themselves being referred to their sister clinic, a branch of Family Planning Association of Nepal’s (FPAN), in Jadibuti Chowk where they carry out abortions.

Sashi Kala Pandit, one of the long serving healthcare workers at the Jadibuti clinic isn’t surprised. She too has had to tackle such mindsets whilst overseeing their abortion procedures. Pandit shares an incident that occurred just a couple of months ago when she had to argue with a friend of a patient who had come in for an abortion. This friend was berating the patient for agreeing to use Pandit’s recommended long-term contraceptives.

“After our counseling session, I had just left for a moment to ready the Norplant implants and when I returned, the accompanying friend, a woman in her mid-thirties, was telling the patient that it’s easier to abort than deal with all the symptoms caused by long-term contraception,” says Pandit.

She also mentions another case where she discovered that the patient she was treating at the time had already had five abortions. This was just a year ago. The patient had come to her for her sixth procedure. What’s more, this was the first time she had come to an authorized clinic. Prior to that visit, she had just been relying on a neighborhood pharmacy. Pandit considers her to be incredibly lucky for not experiencing complications like some of the others who she has seen attempt unsupervised abortions.

Bhandari and Pandit both try and paint a picture of the current scenario through the experiences they have had at their respective clinics. According to their records, FPAN’s Jadibuti branch sees an average of 60-70 abortion cases every month. Out of them, they tend to encounter four or five cases of incomplete pregnancies, that is the patients attempt unsupervised abortion and eventually fail. They share that every 1 out of 5 require extra counseling on the necessity of the use of contraception because they tend to be skeptical.

What troubles them even more is the fact that many women and couples still haven’t heard of their services. There are also ones who haven’t understood the importance of seeking help from health services approved by the Ministry of Health with people trained specifically to perform abortions.
Pandit, for one, shares that whenever she has treated the often bleeding women who come complaining about terrible pain and discomfort, later on she has also asked them why they didn’t go to an authorized clinic in the first place. She reports that the answer is almost always the same.

“Most talk about easy accessibility. A nearby pharmacy or health post was more convenient. There are many who get the medication from their husbands or friends and relatives. There are no proper examinations, instructions, or counseling,” says Pandit.

As a result, she has come across patients who weren’t provided the correct dosage. They have even been some who, due to lack of instructions, consumed tablets that were actually meant to be inserted. Majority of the failed abortion patients also state that they weren’t examined at all. Pandit says it’s common for them to be handed medication without any consideration of their trimesters that naturally leads to incomplete abortion and other complications.

Even Hari Bidari, chief head of Nepal Chemists and Druggists Association, acknowledges that the number of such reported cases has now compelled them to take action. Bidari disagrees that pharmacies don’t have the right to hold abortion pills. He insists that they are not breaking any law by doing so but he does admit that there is a need for awareness as well as trained workers at the pharmacies.

According to him, they have been taking necessary initiatives by collaborating with gynecologists from Population Service International (PSI) Nepal and hosting discussion seminars where they can learn about the right use as well as effects of abortion pills.

Dr Punya Poudel, who heads the safe motherhood department of the Family Head Division (FHD) under the Department of Health Services, informs us that they too are heavily relying on these programs to spread word about the right way to dispense these medicines.

As far as they are concerned, they have played their part to alert the masses about legal abortion. “We have made the services free and we have made sure the clinics have large signboards to advertise that fact,” says Poudel. However Pandit, despite working for an approved and authorized clinic like the ones Poudel mentions, can clearly see that isn’t enough.

The Ministry of Health also doesn’t have ways of tracking down pharmacies that may have been involved in malpractice and aided unsafe abortion because they don’t have a system that maintains records of those who choose to sell these pills or of any failed abortion cases.

Prof. Dr Shrikrishna Giri, from the ministry’s Policy Planning and International Cooperation Division, says they have only been informal reporting of such instances, nothing more. So, in this circumstance, PSI’s continued collaboration with FHD and the Nepal Chemists and Druggists Association seems to be the only resolution aimed at improving the situation.

One of the doctors leading the awareness campaign is Dr Bina Shrestha and she shares that in this program, among other things, they are trying to hammer in the importance of patient examination and a need for authentic prescription. In her opinion, it is mainly lack of information among pharmacy workers that have bought on these problems.

“If a pharmacy is knowingly being careless with the distribution of this medication, then I’m up for closing them down as well,” says Bidari of the businesses under his association. “But when we inform them and make them aware of the repercussions, we have found that many have become extra careful. Some have started referring the patients to appropriate clinics as well,” he adds.
Their awareness campaign is carried out with the motive of “harm reduction”. The Nepal Chemists and Druggists Association states that they have had 2253 participants from across Nepal so far.

And indeed, though health workers like Pandit and Bhandari, who are out on the frontlines dealing with the repercussions of these issues, admit that the frequency of such complications have decreased in the recent years, the fact remains it’s not been completely done away with yet.