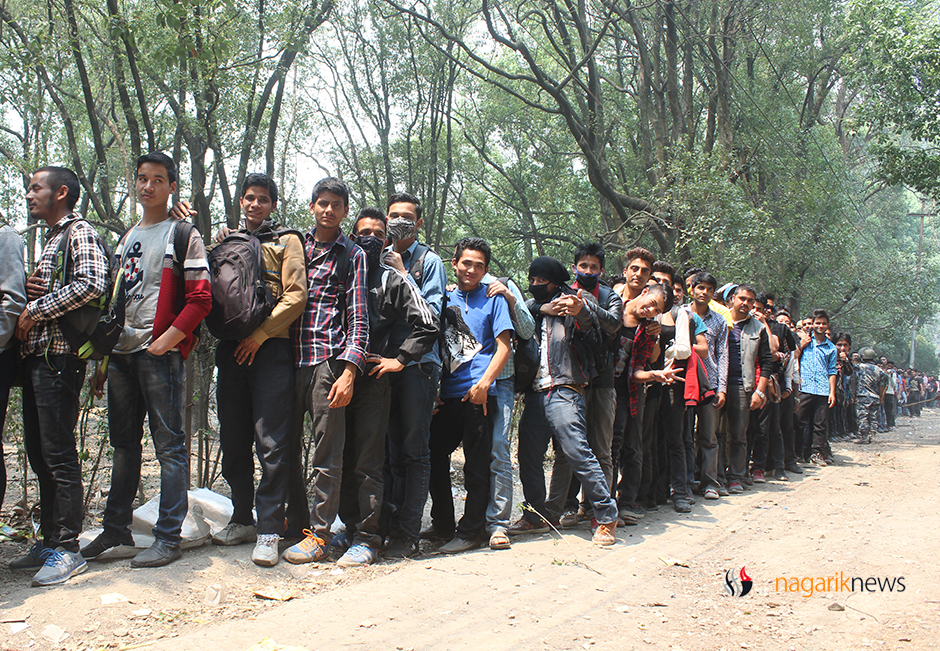 KATHMANDU, July 25: As many as 12,108 candidates have passed the Korean Language Test (KLT) held under Employment Permit System (EPS) for jobs in Korea for the year 2018.

According to results published by the Human Resource Department of Korea, examinees securing 42 percent in agriculture and 44 percent in service sector have got through the test.

“The number of candidates passing the KLT is more than the allocated quotas this year due to some technical problem (as the same symbol number is assigned to more than one examinee)’,” Baburam Khatiwada, Chief of Department of Foreign Employment, Korea Branch, told Republica Online.

Those who have passed the test will fly to Korea from February 2018.

Over 35,000 take Korean language test on day one

KATHMANDU, June 18: Police have arrested 32 persons who appeared in the Test Proficiency in Korean (TOPIK) language exam in... Read More...