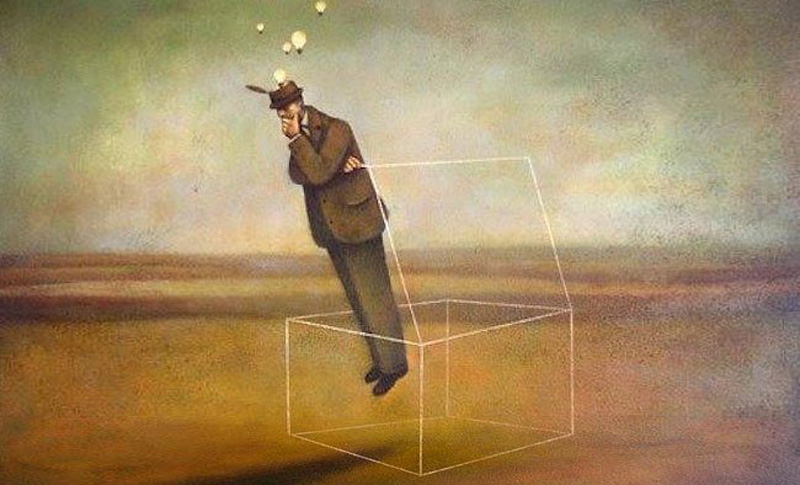 The best thing Bibeksheel Nepali and Sajha Party can do for Nepal is to disengage from politics and offer the country civilian leadership
Shortly after the election results for Kathmandu municipality were announced, Ranju Darshana, the 21-year-old mayoral candidate from Bibeksheel Nepali party, said in an interview: “You are wrong if you think we lost. We won the elections. This has shown the competition in politics is not for the power positions, but for good governance.”

Technically, it wouldn’t be wrong to think she lost. She did lose, coming in third place behind Bidya Sundar Shakya, the CPN-UML candidate who eventually won, and the Nepali Congress nominee, who came second.

But Darshana electrified the election. Combining youth, candor and innocent determination, she infused hope and possibility into a cynical electorate that has wearied of the failed status quo of established political leaders. Though she didn’t get enough votes to win, she garnered a respectable share, which may be the reason she claimed a symbolic victory.

The other closely watched outsider candidate in Kathmandu’s mayoral race was Kishore Thapa, a retired civil servant who ran as an independent but was backed by the newly formed Sajha Party headed by former head of BBC Nepali Service, Rabindra Mishra.

Thapa came fourth behind Darshana. If they had collaborated on the mayoral race, as they did for the Deputy Mayor position, they would have been just shy of second place, but with a respectable 20 percent of the cast votes.

Should she persist in the game, Darshana clearly has a bright political future, if her party can offer her a strong political infrastructure. The same for Thapa and Sajha Party. If it can build an effective political machinery, many of its candidates could win future elections.

There is also nothing to suggest that candidates like Darshana, if elected, will be corrupted by power. During their campaign, their pledge of transparency, zero corruption, good governance and diligent work were convincing. There is little doubt that when elected, they will perform honorably and with good intent.

Ordinary Nepali citizens are disillusioned by the current state of politics—the manifest corruption, the impunity of political leaders, the naked lust for power, the absence of economic opportunities and the betrayal of hope. Under such circumstances, it is tempting to endorse candidates like Darshana and Thapa who appear to offer a clean break from status quo.

But temptations are sometimes dangerous—so too in this case. The political justifications offered by Bibeksheel and Sajha in support of their positions are detrimental for Nepal and undercut the opportunities we now have at building a better future.

As Darshana’s candidature best embodied, Bibeksheel and Sajha Party are both built on the politics of rejection—a rejection of established political leadership. They capitalize on the disillusionment of ordinary Nepali citizens and the betrayal of hope.

The fundamental premise of these two parties is that current political establishment has failed. Therefore, they argue, the established political leadership must be ousted from power and replaced with alternative leadership, like Darshana.

The politics of rejection that Bibeksheel Nepali and Sajha Party offer is dishonest. It is true that Nepalis have much to scorn about their established political leaders—the corruption, the impunity, the failure to energize development.

But Nepalis also have much to be proud of their political leaders. They have ended a brutal insurgency, successfully transitioned from a monarchy to a republic and devolved power to communities.

This journey hasn’t been without angst. The horrors of the insurgency continue to haunt those that were directly affected. Many groups and interests feel they haven’t been adequately protected in ‘New Nepal’. For ordinary Nepalis struggling with daily life, the transition has come slowly and involved large social-economic costs, fundamentally shaking their belief in the premise of Nepal.

Yet within the limits of their own capacity, with the overhang of entrenched corruption, with traditional biases still lingering, and the challenges of geo-politics and a faltering economy, our political leaders have delivered. We now have a constitution, that in spirit is one of the most powerful visions for equality, justice and progress that has been produced anywhere in the world.

That journey is far from complete—we have much more ground to cover. But as ordinary citizens, we now have a choice. We can be enamored by the politics of rejection and continue to fester on our disillusionment. Or we can move forward, seize on a more positive outlook and capitalize on the fresh opportunities offered by the new constitution.

We can stand aside and curse the political leadership for derailing our country or we can strive to put our derailed country back on track.

The candidatures of Darshana and Thapa betray a big fallacy about the importance and primacy of power, which is preventing Nepal from getting ahead. Their parties presume that the only way to lead for progress is to be in a position of power and influence the course of government from within it. This is why they run for elections—to be elected into those positions of power.

Ordinary Nepali citizens must reject this fallacy of power. Our challenges cannot be solved just by able political leadership—like from Darshana, for instance. We also need able citizenship that can get politicians to lead, institutions to work, civil servants to perform and government to serve.

To move ahead, Nepal faces three major challenges, none of which can be solved by political parties or from within government.

First, Nepalis need to unify under a common vision for Nepal. While the new constitution has empowered many, it has also disenchanted many. We need a call for unity that is led by our art, literature, culture, music, religion and sports that allows all people to look beyond the immediate political construct and come together under a common vision of Nepal.

As a political leader, Darshana cannot lead this call for unity. As a non-political civil society leader, she can.

Second, Nepal needs to heal the wounds of war. The institutional approach through the Truth and Reconciliation Commission isn’t working. While letting the political process take its own course, we also need a non-punitive, parallel civilian-led healing process—one based on compassion, spirituality, realization, repentance and forgiveness. We need a process that remembers and honors so many people who gave their lives, willing or unwilling.

As a political leader, Darshana cannot lead this process of healing. As a non-political civil society leader, she can.

Third, Nepal must find a way to end corruption. The institutional approach is not working.

A parallel civilian process is also needed—one that gets everyone to understand their individual responsibilities, to reject corruption on principle and publicly stand against instances of corruption.

As a political leader, Darshana cannot end corruption. As a non-political civil society leader, she can.

At this moment in history, Nepal needs the youthful exuberance and determination of Darshana. Nepal equally needs the voice and clarity of Rabindra Mishra. But we need them as ordinary citizens and civil society leaders—not as politicians.

Once Maoists have been confined in the hills, Madhesbadis too were of little use for protectors and promoters of Indian... Read More...

Hurricane's blow was less than feared; 'We are blessed'

CHARLESTON, Oct 9: A weakening Hurricane Matthew lashed Georgia and the Carolinas on Saturday in what appeared to be the last leg... Read More...